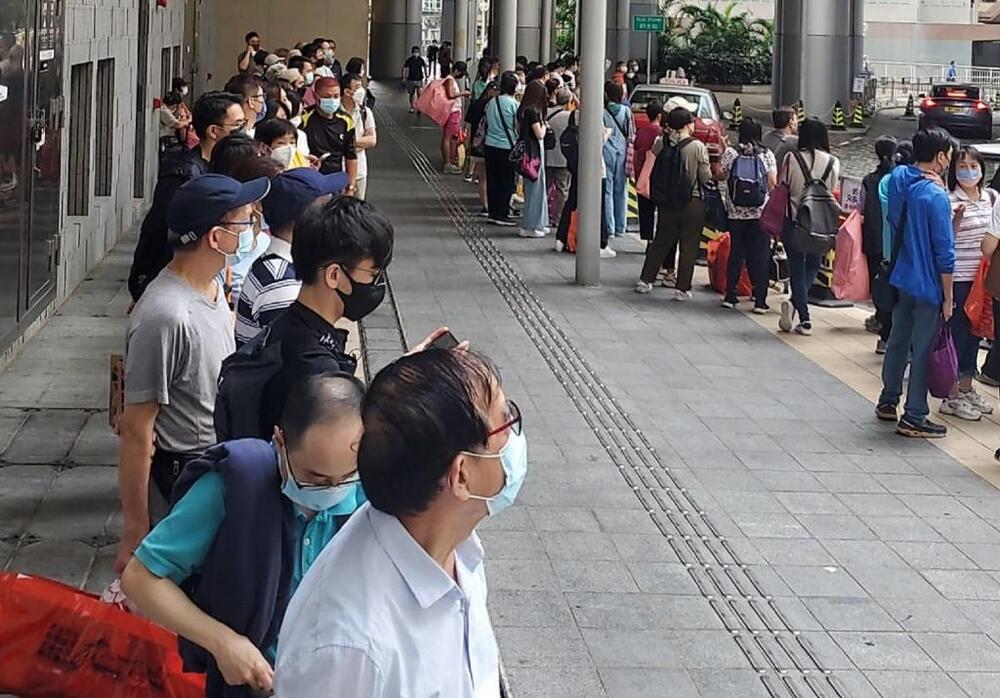 Hong Kong sees not only 'revenge-style' of spending, but also grave-sweeping over the first weekend after the easing of social distancing measures.

This year's Ching Ming Festival recorded fewer grave sweepers as a two-person gathering ban remained in effect. As the ban was lifted last Thursday, grave sweepers flocked cemeteries and columbaria across the city.

At Junk Bay Chinese Permanent Cemetery in Tseung Kwan O, the flow of people coming to pay respect to their ancestors saw no less than Ching Ming Festival.

A citizen said as the Covid-19 epidemic situation was still severe at Ching Ming, plus the gathering cap in effect, he didn't went to grave-sweeping at that time.

Hundreds of citizens were seen queuing for taxis near a shopping mall in Yau Tong, with paper clothes, flowers and roasted meat. Some said they had to wait for about 30 to 40 cabs to get on.

Tsuen Wan Chinese Permanent Cemetery has seen families coming with incense and candles from the morning, of whom some divided in several groups.

As restaurants were allowed to seat up to four people per table, some went to have lunch with their relatives in nearby shopping malls after sweeping graves.
#covid 19  #covid
Add Comment