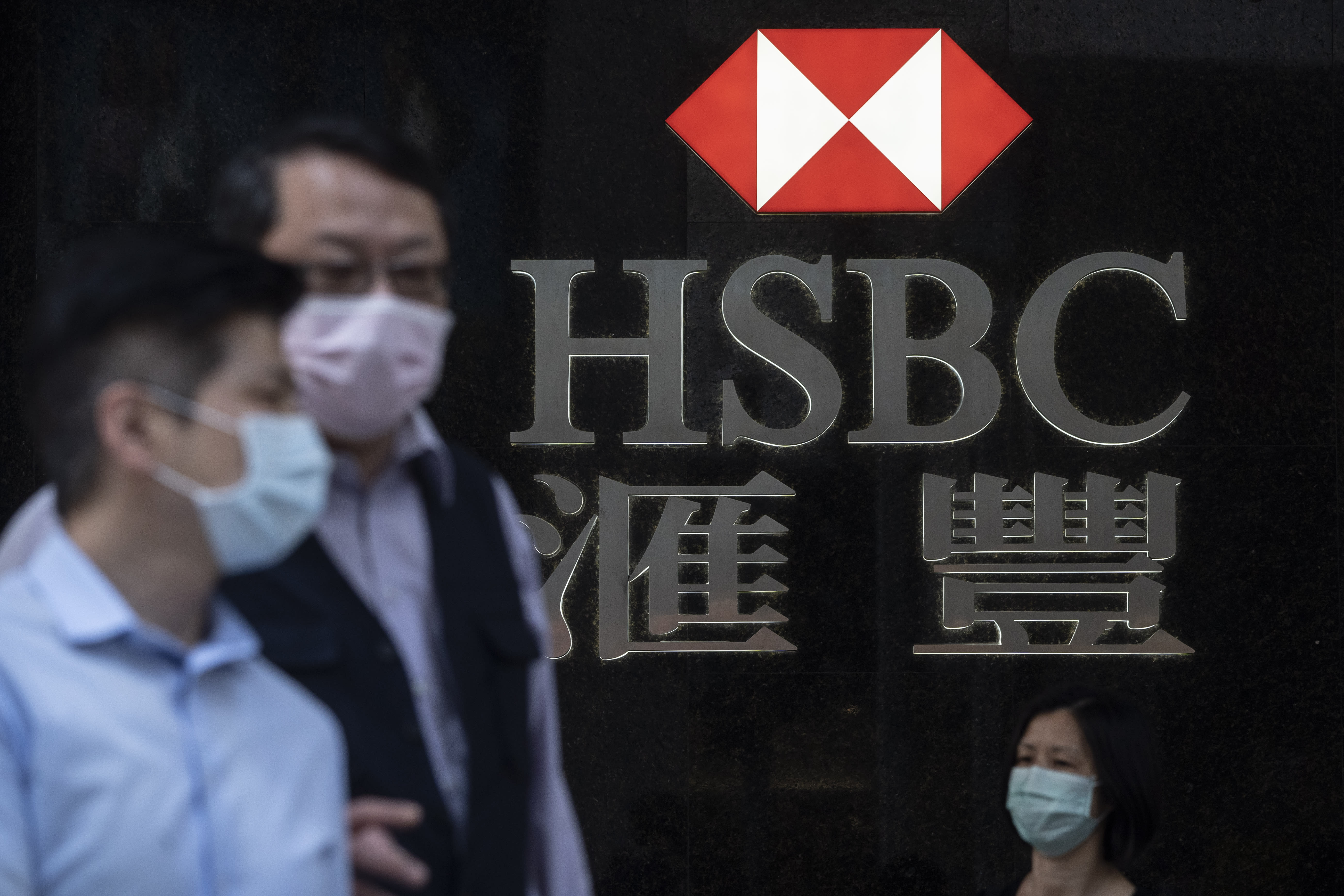 HSBC's reported profit before tax was $3.07 billion in the third quarter, better than the $2.07 billion that analysts had expected, according to estimates compiled by the bank.

Europe’s largest bank by assets reported profit before tax of $3.07 billion in the July-to-September quarter, 36% lower than the $4.84 billion recorded a year ago as it attempts to recover from the economic shock of the coronavirus pandemic.

The third-quarter 2020 profit was also better than the $2.07 billion that analysts had expected, according to estimates compiled by the bank.

The latest set of result suggests a bottoming of the credit cycle and the bank is “putting in place all of the building blocks we need to resume dividends,” HSBC’s Chief Financial Officer Ewen Stevenson told CNBC’s “Capital Connection” on Tuesday.

The bank, traditionally favored by investors for its steady dividends, has halted such payouts as British regulators urged commercial lenders to preserve capital.

Here are other highlights of the bank’s financial report card:

* An additional $785 million was set aside in the third-quarter for potential loan losses, bringing provisions for the first nine months of 2020 to $7.64 billion. HSBC said total provisions for the year could be at the lower end of its $8 billion to $13 billion estimate;


* Net interest margin, a measure of loan profitability, was 1.2% in the quarter — down 13 basis points from the previous quarter and 36 basis points lower than a year ago;


* Operating expenses declined by 1% compared with a year ago;

As the outlook brightens, HSBC said in its third-quarter earnings announcement that it will consider “whether to pay a conservative dividend for 2020.” A decision is expected in February 2021.

“We’re clearly not happy with the way the share prices perform this year. A big part of that has been the impact of Covid-19, the shift in interest rate outlook and the cutting of dividends,” Stevenson told CNBC. 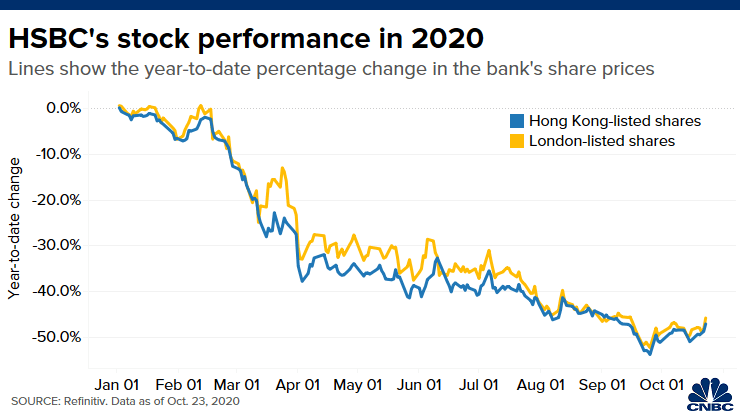 “We do think today’s results (are) the first part of a journey in restoring confidence in the equity story of the bank and the share price. Paying dividends is a critical component of that,” he added.

The bank’s Hong Kong-listed shares have plunged by 47% this year as of Friday, while its London-listed shares dived 45.7% over the same period, data by Refinitiv showed.

In a prepared statement, HSBC’s Chief Executive Noel Quinn said the results were “promising” in light of the “continuing impacts of Covid-19 on the global economy.”

Before the earnings release, Jackson Wong, asset management director at Amber Hill Capital, said HSBC’s prospects could start to improve if Covid-19 cases around the world don’t get much worse.

“I think the worst probably could be over,” he told CNBC’s “Squawk Box Asia” on Tuesday.

“We haven’t seen a very bright future at this point so it could be (starting) to turn better, but it’s not very robust at this point yet,” he added.

HSBC’s financial results follow that of other European banks, many of which have beaten analysts’ expectations.

Last week, fellow British lender Barclays reported third-quarter net profit that was more than double what analysts had forecast as the bank set aside less money for potential bad loans.