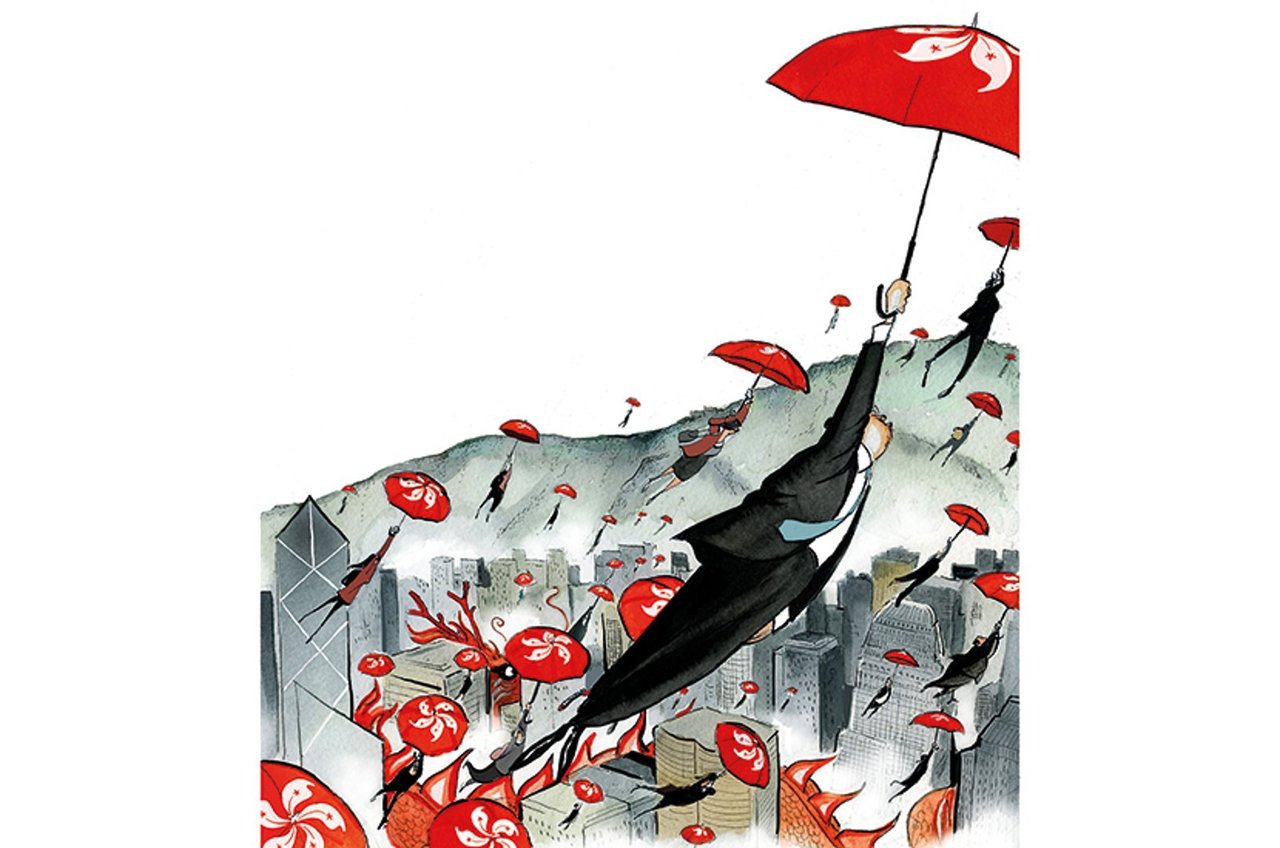 How the UK can help Hong Kong

Those of us who spent our formative China-watching years reading Chinese Communist party publications learnt early on that the word ‘basically’ was a synonym for ‘not’. ‘The party has basically succeeded in…’ meant that there was a problem. Hong Kong is basically an autonomous region.

Xi Jinping is satirised by liberal Chinese as the ‘Accelerator-in-Chief’, whose policies are hurtling the CCP’s regime towards collapse. This could be wishful thinking on their part. Certainly, he has sped up the demise of the ‘one country, two systems’ concept. Article Five of the Basic Law, Hong Kong’s ‘constitution’, promises ‘50 years without change’, implying that the city would be governed differently from other Chinese cities until 2047.

But last year’s unrest has convinced Xi to bring forward the timetable: Marxist heaven forfend that the virus of protest should escape the live market of Hong Kong and spread to mainland China.

A totalitarian handbook would surely recommend taking control over the legislature, judiciary, education, media, the streets, religion, civil society. This is what the CCP is doing now. The National Security Law (NSL) was imposed by Beijing, not enacted by Hong Kong. The NSL has cleared the streets of pro-democracy protestors, but is increasingly being used in other areas. Intimidation of the judiciary has begun, the media is being reined in and teachers are feeling the heat. Last week was the turn of the Legislative Council (Legco) - again.

Some democrats had already been ruled out as Legco members. Earlier, Legco elections were postponed for a year on the excuse of a resurgent coronavirus. This delay was political, not epidemiological (the daily average for September, the original date of the election, was nine cases). It gave the CCP time to negate the possibility that, following success in last year’s district council elections, the democrats might gain a small majority in Legco, despite its post-1997 built-in pro-Beijing bias.

Four more - by no means extreme - democrat legislators have been forcibly removed following a ruling from Beijing. Their lack of patriotism was deemed a threat to national security. In the words of the Hong Kong Bar Association, this violates ‘a basic tenet of the Rule of Law that no person shall be deprived of their rights without due process’.

The Hong Kong government was insulted rather than consulted: earlier it had ruled that the four could continue to serve, but would not be eligible to stand for election next year. However, the CCP demanded immediate ejection. With the resignation of 15 further democrats in sympathy, whatever simulacrum of democracy Legco gave Hong Kong has been shattered. Increasingly, ‘one country, two systems’ is becoming ‘one country, one party system’.

Dominic Raab has described this latest move as a clear breach of the Joint Declaration, the international treaty under which sovereignty of Hong Kong was transferred to China. He promised to call out violations of rights and freedoms, and to work with international partners to hold China to the obligations of international law.

n response, ambassador Liu Xiaoming, following the Beijing bellwether, warned Britain to stop meddling in China’s internal affairs and ‘going down the wrong path’ — which, judging from treatment handed out to Canada, Australia and others, translates as being put in the diplomatic doghouse, threats to economic wellbeing and at worst the taking of hostages. (My friend Michael Kovrig, a former diplomat, is approaching the second anniversary of his incarceration in Beijing for the crime of being Canadian.)

Legal niceties aside, does it really matter if the Joint Declaration has technically been breached, when compared to the effect on the freedoms and lives of Hong Kong people? Yes, both matter. If China fails to adhere to the spirit and letter of international law in this area, how can it be trusted in others? And without law and trust, the world descends into a struggle of the strongest (something the government might like to consider as it introduces a new UK Internal Market Bill which threatens the EU withdrawal agreement: the moral high ground is not geographically limited).

What can the UK do to help Hong Kong? On the ground, not much. The days of gunboats are gone — except Chinese ones used to arrest opposition figures, the so-called ‘Hong Kong 12’, fleeing to the sanctuary of Taiwan, now held in criminal detention. Meanwhile the CCP puts controlling Hong Kong above any damage to its international reputation.

Besides, Xi remembers past kowtows and may see the democracies as on the Covid back foot, easily cowed. This may be a miscalculation: opinion is shifting, swayed by the CCP’s human rights abuses, its diplomatic bullying, its gift of Covid and the accompanying self-glorification.

We can however challenge China’s international reputation and thereby undermine its soft power. What is needed is to take an official government assessment of the legal position to the UN, and lead a coalition of like-minded democracies. The UK cannot take the dispute to the International Court of Justice because China has not accepted its jurisdiction in this instance, but we can use publicity.

We can encourage others to follow the US lead in sanctioning those responsible (although realistically no country is going to include the two members of the Politburo Standing Committee responsible for Hong Kong policy, one of whom is Xi). We also need to stand firm when the citizenship scheme for British National Overseas passport holders comes under retaliatory fire.

Finally, there is more at stake than even Hong Kong’s seven million, or Tibet’s six million, or 12 million Uyghurs. The CCP’s next target is Taiwan. Forced unification threatens to be the biggest human rights travesty of the decade, with 23 million people potentially losing their freedoms. Democracies need quietly to let the CCP know that imposing ‘one country, one party system’ on Taiwan will lead to their breaking off diplomatic and economic relations, to the detriment of all.

If that seems extreme for a faraway country, consider that 50 million overseas Chinese, some in the UK, are already suffering as targets of the United Front Work Department; our values here in the UK (and elsewhere) are already under threat from the CCP. For example, academic freedom and freedom of speech in your universities are already being constrained. If you do not believe me, take the ‘Dalai Lama Test’. Invite him to speak and witness the CCP’s full Rumpelstiltskin reaction.
Add Comment