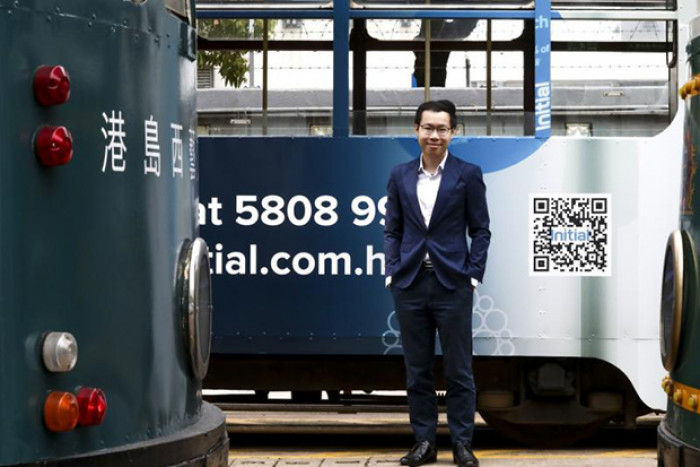 Hong Kong's tram operator is going all out to beat the Covid-19 blues and refresh its appeal by rolling out a "ding ding" range of everything from craft beer to gin, soft drinks, mooncakes, ice cream, toys and more.

French-owned Hong Kong Tramways is exploring ways to survive as it has taken a beating during the health crisis, said Nixon Cheung Wing-hang, its head of commercial and brand.

"Over the past 10 years, our ridership gradually declined to about 180,000 a day," he told the South China Morning Post. "Now we face very daunting challenges due to the coronavirus outbreak."

Local ridership dropped by an average of 30% since Covid-19 hit Hong Kong early this year, closing schools, and keeping people at home as social-distancing rules kicked in. Tourists stopped coming, and tram advertising has taken a big hit too.

Affectionately known as "ding dings" for the sound of their bells, the trams are one of the earliest forms of public transport in the city, stretching back 116 years.

"We don't want something like a 'Save Hong Kong ding dings' campaign to eventually happen. That would be too late. We hope to conserve the tram heritage in Hong Kong so we are exploring new products," Cheung said.

He formed a partnership with about 13 rising enterprises to produce an array of food and drink products under the "Hong Kong Tramways" brand with unique tram designs.

They are on sale at the company's online shop, as well as online platforms and retail chains such as HKTV mall and Circle K, with prices ranging from HK$18 (70 baht) for a pack of osmanthus and pear rice water to more than HK$1,000 for a bottle of gin.

The response has been good so far, especially for its mooncakes - 4,000 boxes sold out quickly.

Cheung said the company started with food and drink products to reach out to the public, especially the younger generation.

"We hope that when people eat our products, they will remember to take the tram as a form of support whenever they are on Hong Kong Island," he said.

The company also has a wide range of souvenirs on sale, ranging from children's socks and unisex boxer shorts to model trams, a watch and jewellery.

More products are coming up. The company is working with a fashion brand to produce Ding Ding suits, and Cheung is looking for partners for Ding Ding ice cream or crisps.

To appeal to youngsters, it introduced its first mascot, Ding Ding Cat, which appears online and on two trams spreading anti-pandemic health messages.

The firm has also partnered Sanrio, the Japanese firm behind popular children's products, to use Hello Kitty, My Melody and Little Twin Stars for this year's Christmas promotional activities.

Cheung's dream is to tap the education industry by developing science, technology, engineering, and mathematics (STEM) learning kits about tram technology and mechanics for primary and secondary school students.

"We are now looking for a credible education institution to endorse our learning kits before we roll them out in local schools. We hope that one day we can set up a Tram Academy to train more tram professionals," he said.

Operated since 2009 by a joint venture between RATP Dev and Transdev - two French-based public transport companies - the tram firm posted a net profit of HK$37.6 million in 2016, down from HK$54.9 million in 2012.

It runs 165 tram cars - the world's largest fleet of such double-deckers.

Cheung said the various Ding Ding products have helped boost the morale of the company's 600 staff members too.

"They feel a growing sense of pride as Ding Dings are not something old-fashioned now. They can be trendy and transformed into any type of products," he said.

The company has not laid off staff or asked them to take unpaid leave, thanks to the government's wage subsidy scheme offering employers up to HK$9,000 per worker for six months.

"Our management has promised to keep as many of the staff as it can," Cheung said. "In fact, we've hired a dozen more people to make up for those who retired, to keep our frequency of service."

"I like the design of the beer can which evokes feelings about trams and local heritage. It tasted really good too, with flavours of ginger and osmanthus," he said.

Applauding the company's latest efforts, he said: "These products can rejuvenate the image of streetcars and help immerse the tram culture and heritage into people's daily lives.

"This can change the public's perception of trams as antiques and slow."
Add Comment