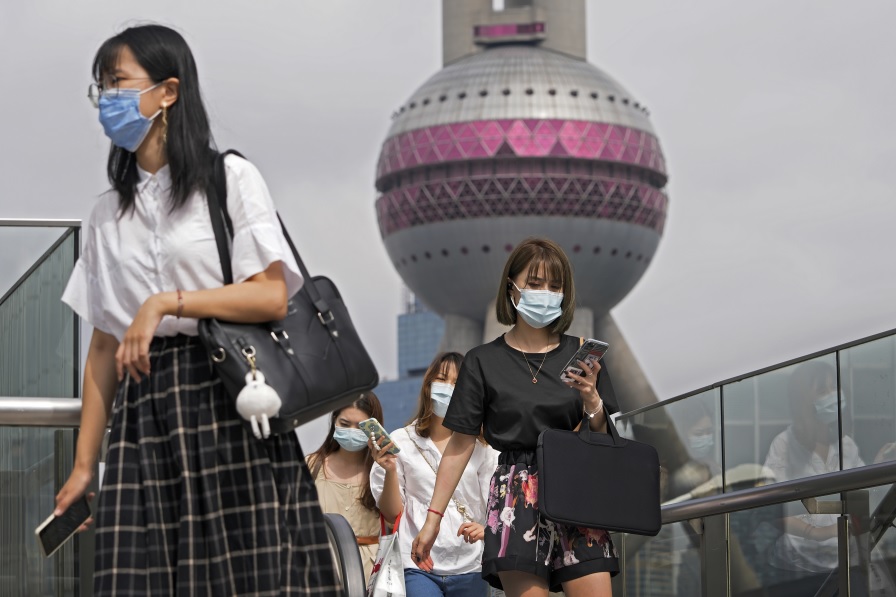 Hong Kong to welcome tourists from Shanghai and Guangdong

The "Come2hk" quarantine-free scheme for mainlanders to travel to the SAR will soon begin in Guangdong and extend to Shanghai in the second phase, Lam said.

In an interview with Shanghai Observer on Monday, Lam said Hong Kong was the largest source of overseas investment in Shanghai last year.

“Shanghai is always viewed as a place filled with business opportunities for Hong Kong companies,” Lam said in the interview.

Without revealing the date, she said that the "Return2hk" scheme for Hongkongers in the mainland to return home without 14 days of quarantine will resume soon.

"Return2hk" was suspended for those living outside Guangdong since August 5 following a surge in the Covid-19 delta variant outbreaks in the mainland.

“Friends from Shanghai do not have to wait for the opening up of the border to come to Hong Kong," Lam said.

“The government will launch ‘Come2hk’ for non-Hongkongers as soon as possible. The pilot scheme will begin in Guangdong and be extended to Shanghai later on.”

Her government has been in communication with mainland and Macau authorities to study the gradual resumption of cross-border travel, under the condition that the pandemic is under control and there would be no additional public health risks, she said.

The “Come2hk” scheme was originally set to launch in May for mainland people and expatriates who live and work across the border to come to Hong Kong without quarantine.

Lam announced in June the scheme was being postponed amid a fresh outbreak of Covid-19 cases in Guangdong at the time.

The Hong Kong government’s Economic and Trade Office Immigration Unit has been conducting promotional work in East China to re-establish the positive impression of Hong Kong among mainland residents, she added.