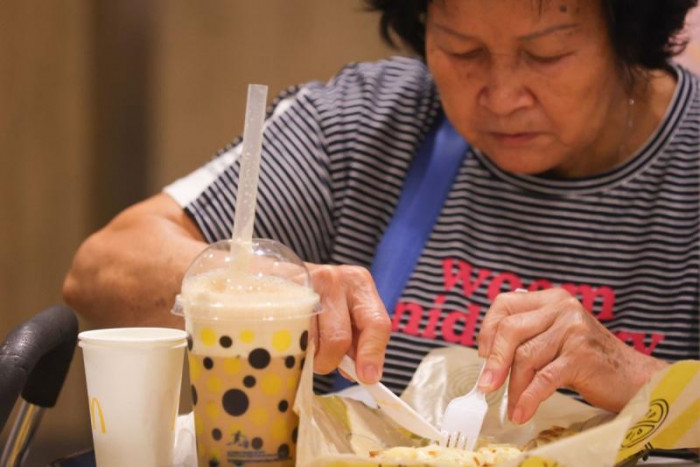 Hong Kong restaurants will have to provide more eco-friendly tableware and customers may need to bring their own containers for takeaway meals under a government proposal to eventually ban disposable plastic items.

The plan, which was released on Friday for a two-month consultation, is expected to consist of two phases, with the first stage starting around 2025, which green groups said was far too long.

The city will begin by banning the local sale of disposable expanded polystyrene (EPS) tableware and catering premises would be prohibited from offering the throwaway cutlery, as well as disposable plastic straws, stirrers, cutlery or plates.

Neither would they be allowed to provide disposable plastic cups, cup lids or food containers to dine-in customers, with the ban on such items extended to takeaway service in the second phase.

The government suggested reviewing the scheme about 12 to 18 months after its launch, before deciding when to introduce the second stage.

"Countless waste plastic enters the natural environment, including the ocean, each year," he wrote in the consultation document. "They will eventually be fragmented into microplastics and enter the human food chain."

Based on figures from 2019, Hong Kong is estimated to be responsible for throwing away about 14.6 billion pieces of plastic cutlery annual, or about 1,940 pieces per person.

Officials suggested covering all types of disposable plastic tableware, but items that come with pre-packaged food prepared outside catering premises, such as straws attached to drink boxes, were excluded.

Green Earth said the government's schedule ignored the immediacy and scale of the environmental threat posed by takeaway plastic cutlery, the volume of which had risen during the Covid-19 pandemic. The NGO noted mainland China banned the production and sale of single-use EPS tableware this year, while the European Union has required all member states to prohibit the use of food containers and cups made of the same materials in the catering industry by this year.

Greenpeace echoed Green Earth's criticism and urged officials to speed the implementation of the scheme.

But the World Green Organisation felt the timeline was reasonable.

"Australia is … also going to spend a few years on public consultation, legislation and sourcing alternative materials," a spokesman said. "The European Union is faster in their process but they also spent one to two years."

He expected the unit cost of eco-friendly tableware would fall significantly due to its increased demand but suggested the bans should specify a minimum proportion of plastic content being allowed in the product.

Simon Wong Ka-wo, president of the Federation of Restaurants and Related Trades, welcomed the scheme but said the government should provide subsidies to catering businesses.

"The government also gave subsidies to promote the use of electric vehicles. In the long term, this scheme can reduce the government expense on landfills. The government can give back to the industry and citizens."

Wong expected some restaurants might require customers to bring their own containers to avoid paying the fee for the eco-friendly alternatives.

Ray Chui Man-wai, chairman of industry body the Institute of Dining Art, who owns Kam Kee Cafe, said his eateries had been using cutlery made of corn starch for takeaway service for three years.

Chui expected the scheme to increase restaurants' expenditure, saying green cutlery or tableware cost about HK$1.5 (six baht) to HK$2.5 more than the plastic ones.

Many catering businesses used plastic products because they were cheaper, easier to manage and more durable.
#covid 19  #covid
Add Comment