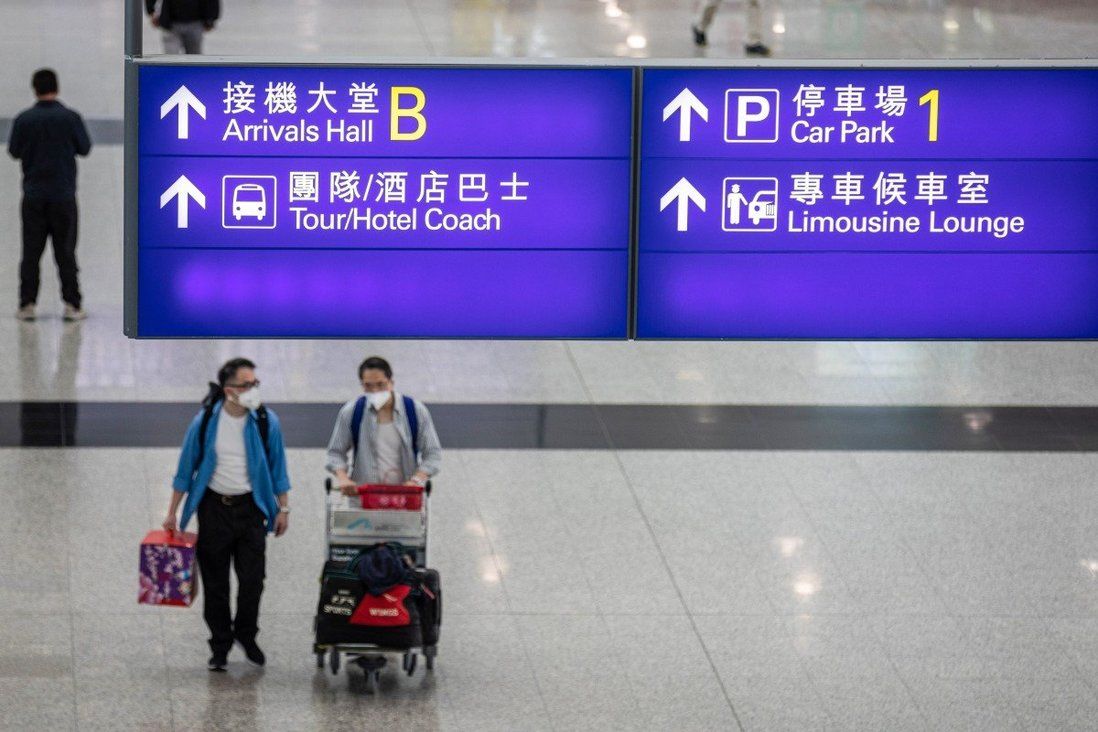 Hong Kong tightens rules for Taiwan arrivals, Singapore and Japan may be next

Hong Kong has tightened restrictions on travellers from Taiwan due to the worsening Covid-19 pandemic on the island and is expected to subject arrivals from Japan and Singapore to the same tough measures, the Post has learned.

The rules, which included longer quarantine at government-designated hotels and proof of a negative coronavirus test before boarding flights to the city, came into effect for Taiwanese arrivals at midnight, the government said late on Sunday.

According to an aviation insider, Japan and Singapore, which was also battling a surge in infections, would be classified as “high risk” under vaccine bubble travel arrangements, possibly as early as Monday. 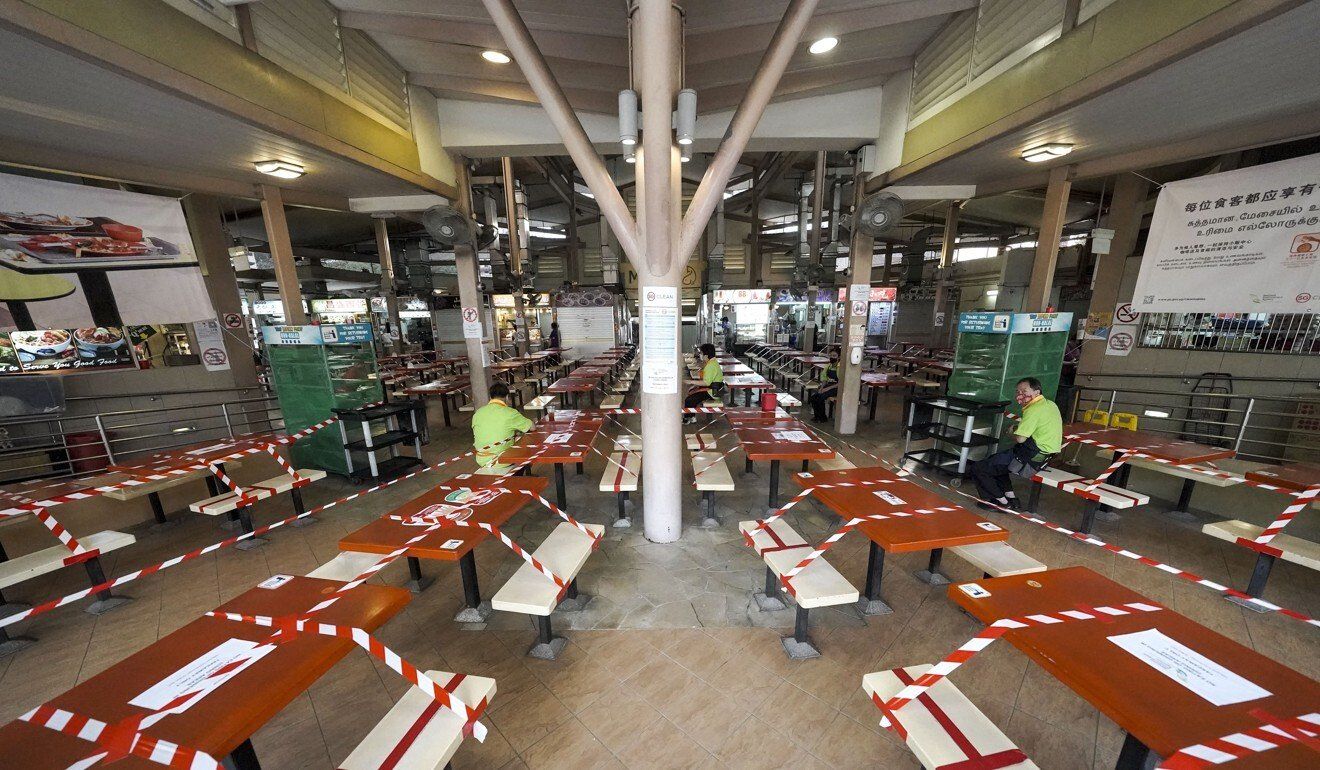 Tables are cordoned off at a hawker centre in Singapore.

Hong Kong has succeeded in driving down its Covid-19 caseload into the low single digits, but mutations of the virus continue to spread, with a four-month-old baby confirmed as the youngest person in the city to locally contract the more transmissible coronavirus variant first identified in South Africa.

Hong Kong’s borders have been mostly shut since February last year, bringing tourism to a standstill and pummelling the economy.

Chan had told a morning radio show the city would not rule out further tightening of quarantine rules for travellers from Taiwan.

The island recorded 206 new local cases and Singapore confirmed 38 on Sunday, while Japan’s caseload was more than 6,000 on Saturday for the fifth straight day.

Unvaccinated travellers from all three places will have to undergo quarantine at designated hotels for 21 days and present proof of a negative coronavirus test before boarding their flights.

Vaccinated people must quarantine at government-designated hotels for 14 days and self-monitor for another seven days, with compulsory testing on the 16th and 19th day. They must also present proof of vaccination and a negative virus test before departing for the city.

On Saturday, the government announced it would require unvaccinated travellers from Taiwan to undergo hotel quarantine for 14 days and vaccinated ones for seven days, where previously they were allowed to isolate at home.

Arrivals from Singapore, which was considered a low-risk country under vaccine bubble arrangements, would be required to undergo 14 days of hotel quarantine if they were unvaccinated, and seven days if they had been immunised.

A much-anticipated travel bubble with the city state that was set to launch this month is expected to be delayed due to its rising number of infections. 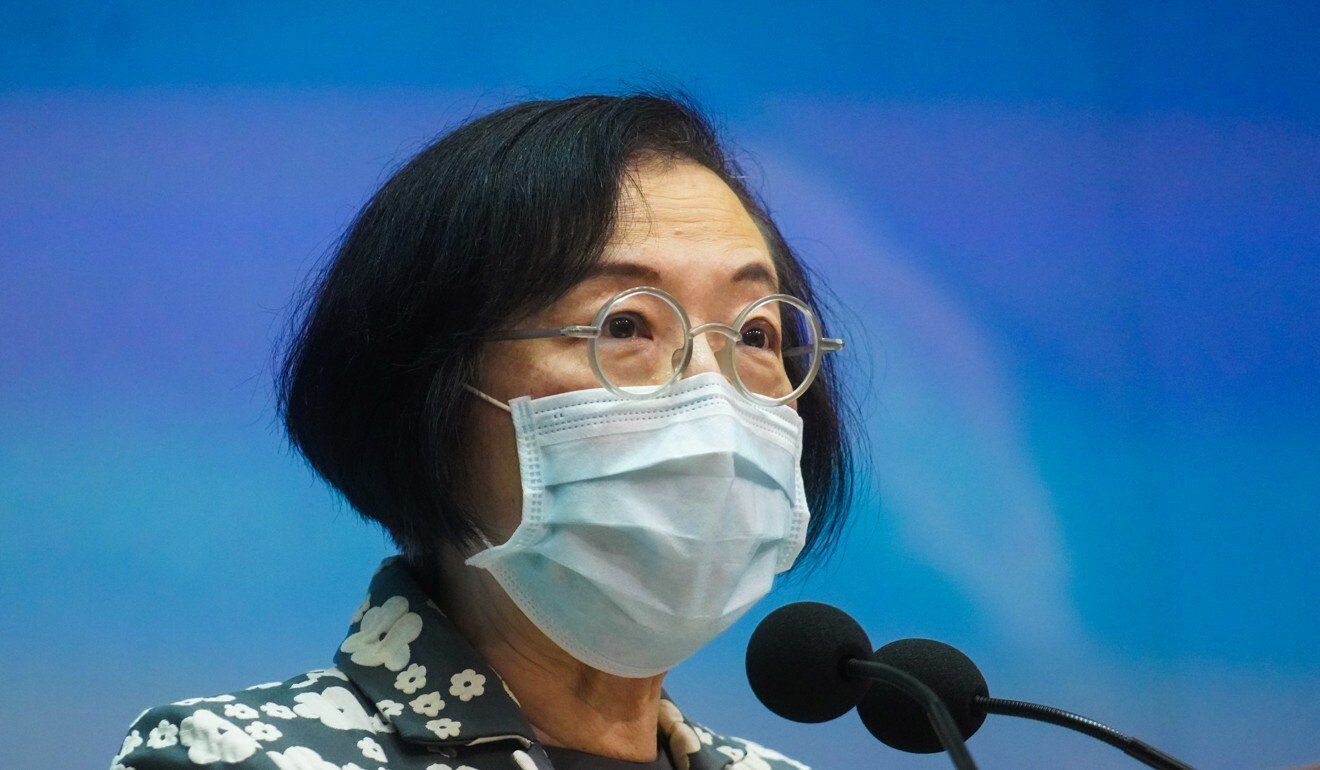 Arrivals from Japan would be required to quarantine at a hotel for 21 days if they were unvaccinated but people who had taken shots against Covid-19 would only be required to undergo 14 days. They were not previously required to show proof of a negative virus test.

The four-month-old infant was among four new cases confirmed by officials, with the three others involving arrivals. The baby, infected with the B.1.351 variant believed to be 50 per cent more transmissible than the original version of the virus, was linked to a 31-year-old nurse previously confirmed to be carrying the mutation, according to health authorities.

The woman was a friend of a 29-year-old engineer from Dubai who became the first locally detected case of coronavirus mutation on April 17 and was tied to a cluster of infections that has grown to 11.

The infant was the 14th person to have contracted a Covid-19 variant in the city, with the previous youngest being a 10-month-old baby.

While Chan offered no fresh incentives for residents to boost the lacklustre inoculation drive, she said resuming international travel without compulsory quarantine hinged on how many people got the jabs locally.

“Many people have said there should be more incentives for vaccination … while some people are adopting a wait-and-see approach,” she said. “But if we don’t have a good immunity barrier, we don’t have a sufficient basis to talk to the mainland and foreign countries about reopening travel.”

Chan on Sunday described the boy’s case as worrying.

Even though the city’s fourth wave of Covid-19 infections had been largely brought under control, she added, the discovery of the new case meant the government still needed to keep a close eye on the local situation before further relaxations of social-distancing measures could take place.

“The basis for returning life to normal is vaccination,” she said.

Chan’s vaccine push was echoed by the Society of Hospital Pharmacists, which released a compilation of data from global researchers on vaccine-induced blood clots that indicated their incidence rate fell well below the World Health Organization’s standard for “very rare”.

The society’s review showed the reported rate of cerebral venous thrombosis, or blood clots in the brain, following the administration of mRNA vaccines such as BioNTech was just four per million people.

The reported rate for blood clots and thrombocytopenia, a condition characterised by an abnormally low level of platelets which would cause problems in stopping bleeding, for those who have received the AstraZeneca vaccine was one in 210,000 in Europe.

Society president William Chui Chun-ming pointed out that the rate was lower than that associated with other drugs commonly used in the city’s hospitals such as Tamoxifen, a medication used to treat breast cancer. He went on to urge Hongkongers to “lay their fears to rest” after seeing the scientific data and get their shots.

Meanwhile, one of the city’s major business chambers on Sunday called on the government to do more to encourage reluctant residents to get vaccinated.

Allen Shi Lop-tak, president of the Chinese Manufacturers’ Association of Hong Kong, suggested the government hold regular lucky draws for inoculated people, or work with NGOs or other organisations to provide them discounts on products.

“The government could offer rewards to incentivise people to receive the shots,” he said. “If there was a lucky draw every week with a top prize worth HK$1 million [US$128,700], second prize HK$500,000 and third prize HK$200,000, I believe many people would be lured into getting jabbed.”

Shi said the lucky draws could be carried out by the Hong Kong Jockey Club by using its Lotteries Fund.

He also called on the government to roll out a “business bubble” that would enable the city’s manufacturers – provided they were fully vaccinated and had Covid-19 antibodies – to enjoy quarantine-free travel to the mainland, at least for day trips.

“I hope the government will fight for this ‘business bubble’,” he said. “This is very important for jump-starting the economy as local manufacturers have to return to their mainland factories to make business decisions.” 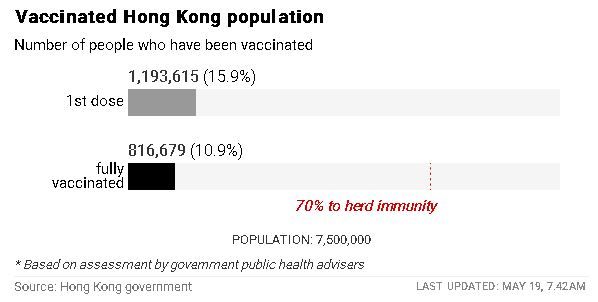 Chan on Sunday also reiterated the government’s pledge to improve isolation arrangements at quarantine camps following reports of food poisoning
and poor internet connectivity at its Penny’s Bay facility, the largest in the city.

Chan said officials had already fired Danny Catering Service, the vendor at the centre of the food poisoning allegations, adding authorities were also upgrading computer systems and Wi-fi to improve the experience of people undergoing isolation.

Addressing the emergence of a false positive case concerning a worker at the testing firm BGI believed to be caused by contamination, Chan said the government had asked the laboratory involved to submit a report, adding authorities had a robust process that would look at vendors’ “overall performance” when handing out new contracts in future.