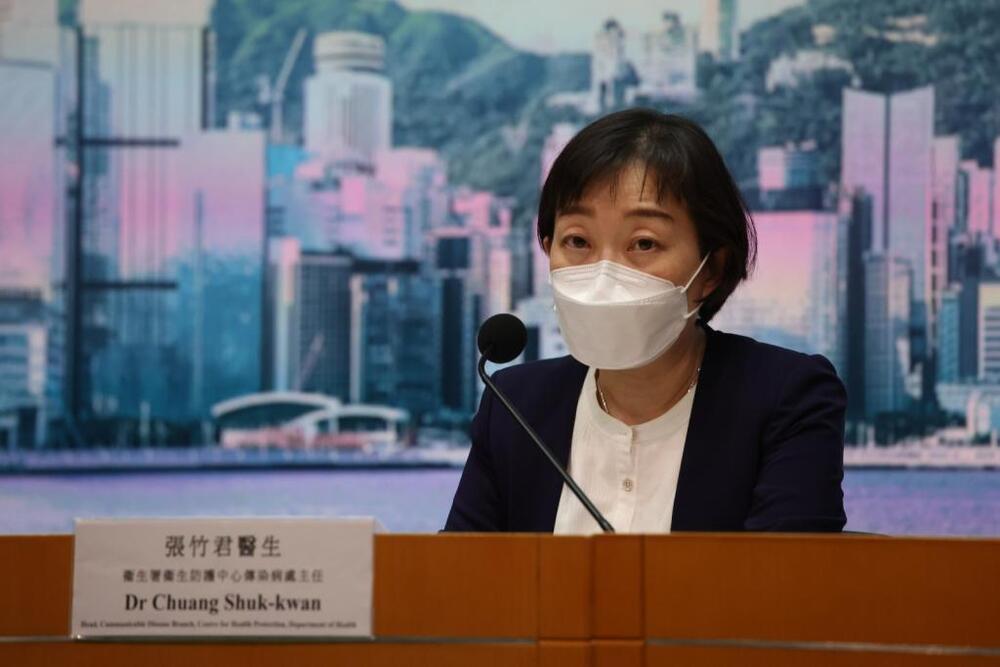 Head of the communicable disease branch at the Centre for Health Protection Chuang Shuk-kwan said the overall tally of the fifth wave now exceeded 1.189 million

Among the new cases, 242 were confirmed via PCR tests, and 189 were positive rapid antigen test results reported by citizens.

More than 600 schools resumed classes on Monday, of which 19 reported positive cases, involving 13 students and 6 teachers.

The schools involved reported one case each, including five confirmed by nucleic acid testing and 14 tested positive via rapid antigen test.

Among the rapid test cases, eight were confirmed on Monday, four on Sunday and two last Saturday. Five of them were scheduled to return to school on Monday and five had attended classes last week.

Chuang said none of the schools in the city has reported any outbreak, "as long as teachers and students do not go to school after tested positive, and no outbreak is reported, we can continue observation for the time being”.

She revealed that one of the cases was at the same school as a confirmed teacher last week. But the two did not meet each other and were in different classes, so the case may be infected in the community.

Sixteen of the new cases were imported, including seven that arrived on Sunday. Four flights, namely BR867, SQ882, QR818 and SQ894, were affected, involving EVA Air, Singapore Airlines and Qatar Airways. The rest of the cases arrived earlier.

One of the cases was confirmed on the 12th day after returning to Hong Kong. Chuang said the patient who lived in Hong Kong had received two doses of vaccine last April and was confirmed in Nepal on February 1.

He tested negative afterward and arrived in Hong Kong on April 12. He tested positive after 12 days with no symptoms and a Ct value between 19 and 27.

The authorities are now investigating whether he carried a local or foreign strain of the virus to determine if he was an imported case or a re-positive case. The case was tentatively classified as an imported one.

Hospital Authority's chief manager for quality and standards, Lau Ka-hin, reported 11 more deaths logged by public hospitals in the past day, including five men and six women aged 72 to 95. Six of them were residents of elderly care homes, and six had no record of vaccination.

A total of 9,054 deaths have been reported since the fifth wave of the pandemic outbreak.
#covid 19  #vaccine  #covid
Add Comment