The two-dish-rice box, beloved by Hong Kong residents and, lately, diplomats alike, is an icon of the city – it should be declared part of our intangible cultural heritage.

Many people adhere to the popular saying: “Eat breakfast like a king, lunch like a prince and dinner like a beggar.” They are aware, perhaps, that nighttime eating – typically in front of the television or a laptop – results in poorer food choices, weight gain and other undesirable outcomes.

However, there is some truth in the old joke that “Chinese people will eat anything that has four legs other than tables and chairs”. To this day, many of us continue to be unconcerned with rigid eating rules, chomping away on whatever is within reach, whenever hunger pangs strike.

Despite assaults made on the traditional diet by processed and fast foods, eating is no joke to the Chinese. Food is regarded as their heaven; the sourcing, preparation and consumption rituals of many meals being elevated to the status of sacred custom. 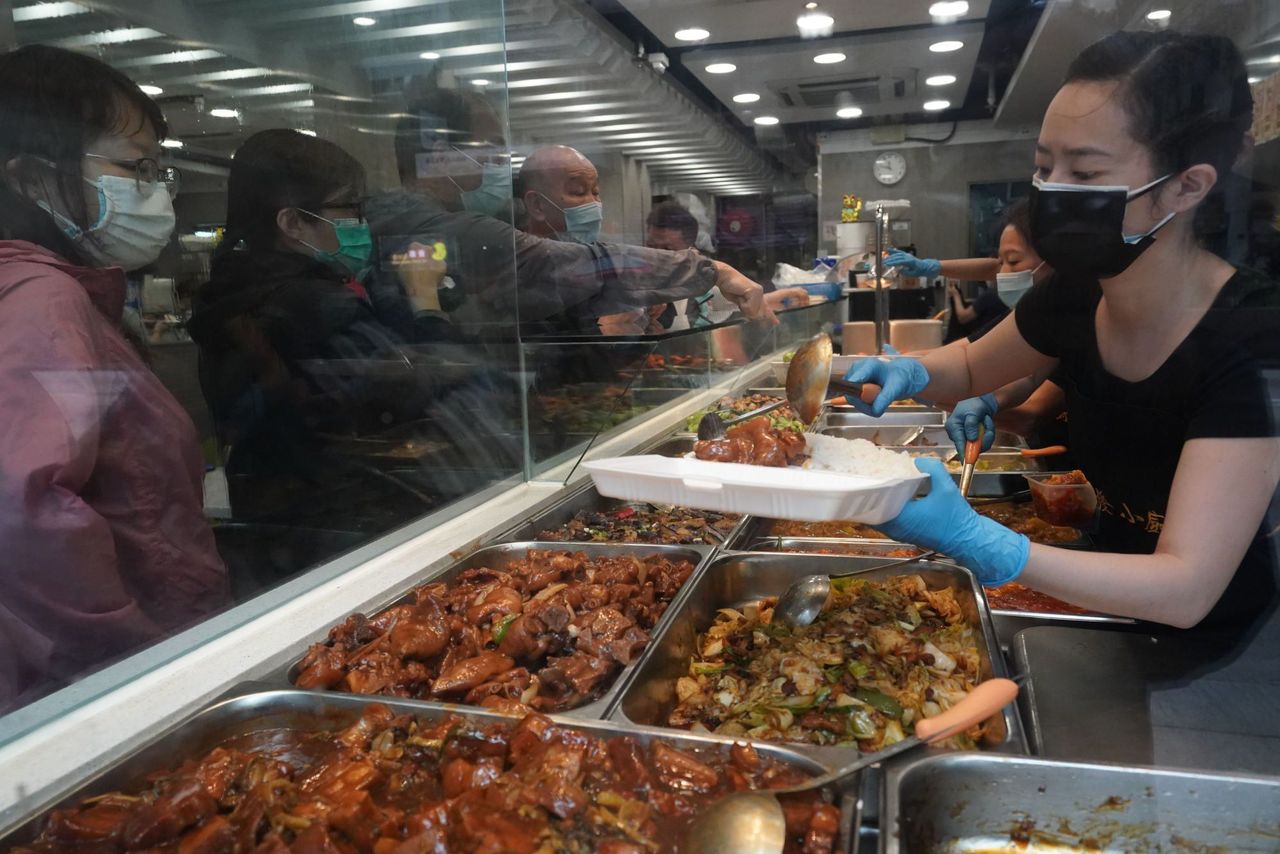 Customers line up to order “two-dish-rice” in Yau Ma Tei, Kowloon. Tasty, filling, quick and comforting; the rice box often reminds people of home cooking.
It is hard to find “bad” Chinese food anywhere in the world. The substandard will not last long, because every Chinese person likes to think of himself or herself as a food connoisseur and critic.

Having said that, mediocre Chinese food outlets do exist – mainly to cater to foreign customers who cannot tell good from bad.

In Hong Kong, even cheap, roadside eats can rock your palate. One of the most affordable meals is the versatile, bargain-basement, two-dish-rice box – known colloquially as “this this rice” because of the way people make their orders by pointing their finger at the dishes and saying: “I want this and this” to the servers.

Last week, to the delight of many Hongkongers, “this this rice” made its way into diplomatic circles after the US Consul General to Hong Kong and Macau, Gregory May, took a trip to one of the more modest eateries in Central to pick up a two-dish-rice meal box. 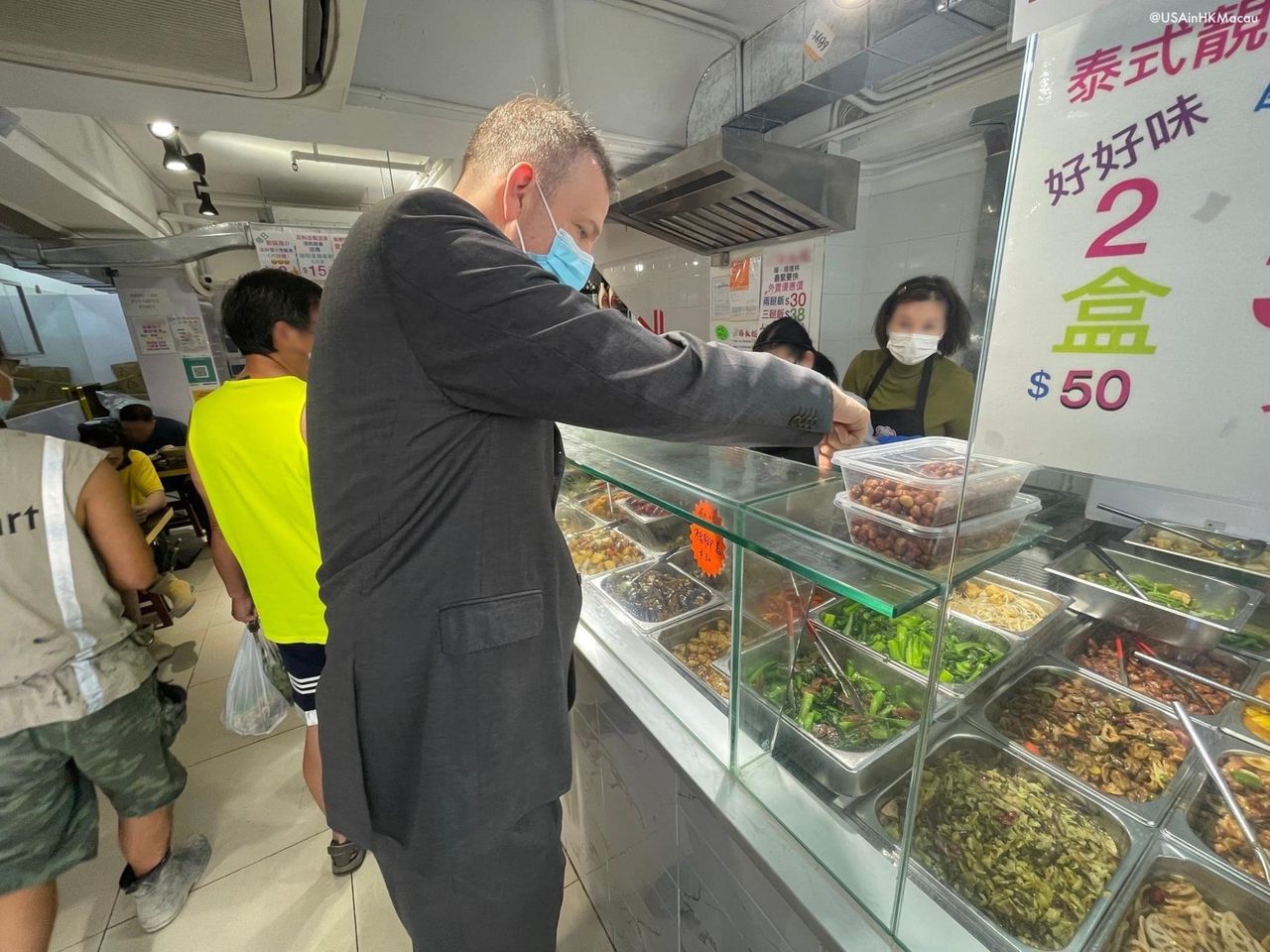 US Consul General Gregory May bought his “two-dish-rice” box in Central and documented it on Facebook.

May documented his eat-like-a-local adventure on his Facebook page, posting photos as proof of his “this this” ordering prowess. The consul general’s down-to-earth Hong Kong lunchtime experience became an instant hit with local residents, and earned him many new fans.

Indeed, May’s arrival in Hong Kong, a few months ago, had gone practically unnoticed until his “this this” debut turned him into a “local” – at least on a culinary level. It goes to show the value of food as a super-connector and conversation starter.

The humble rice box has been a staple of the city’s low-income sector for years, as well as a saviour for those who often experience cash flow problems before the arrival of their end-of-the-month pay cheque.

Following an economic slump triggered by the pandemic, the popularity of the meal among the general population has only increased.

The meal-in-a-box may be a pauper’s choice, but it tastes fabulously rich. To begin with, there are not many types of global cuisine – outside the Subway sandwich – that offer such a wide array of choices to customise your two-dish-rice set.

The hungry patron is often confronted by a bewildering selection of at least 10 different Cantonese dishes to add to their rice. It’s a poor man’s buffet with the underlying assurance that the quality is never poor. Tasty, filling, quick and comforting; the rice box often reminds people of home cooking. 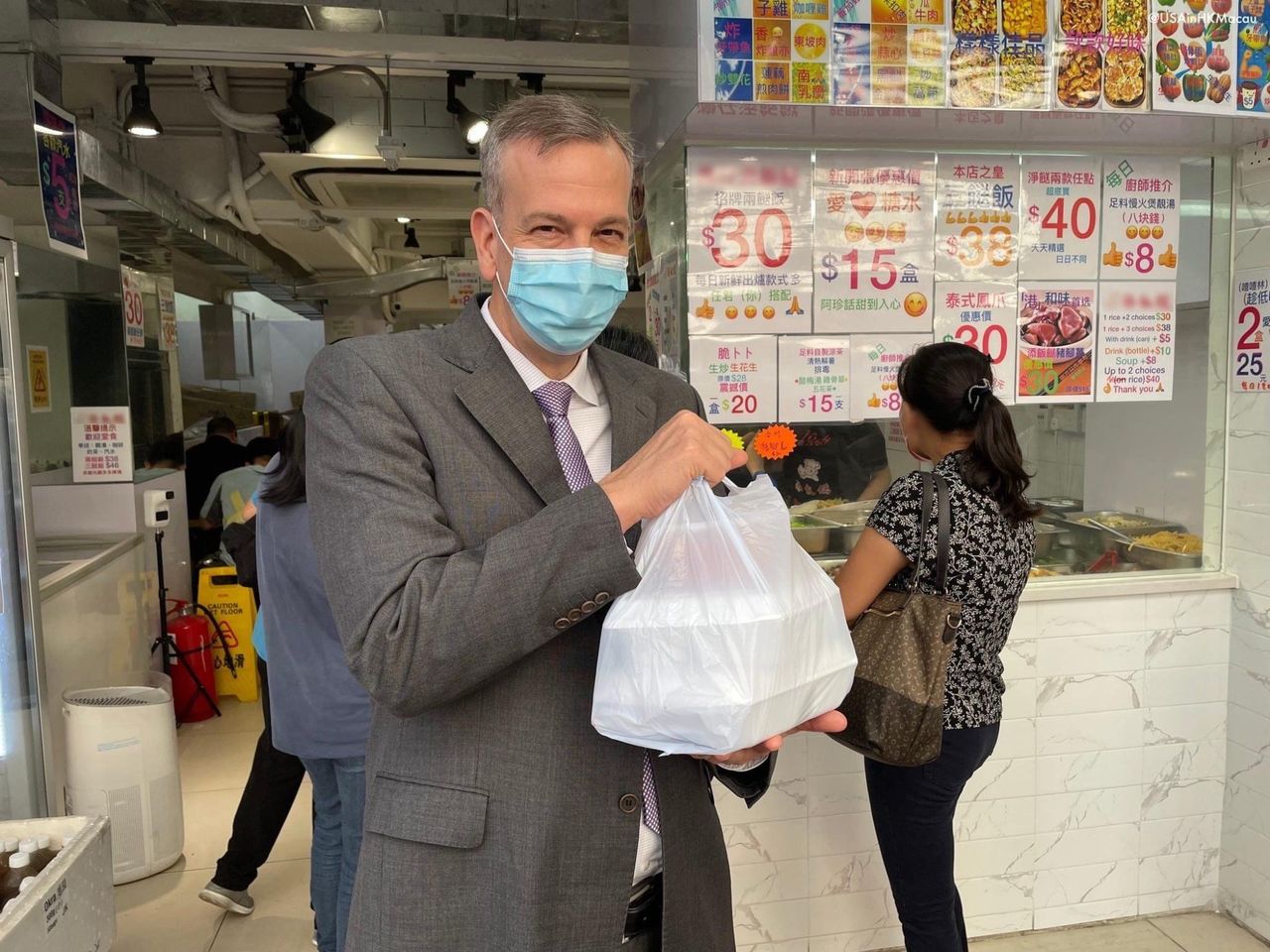 Very often, if you ask the server for a more generous portion of rice, or a slightly larger scoop from one of your chosen dishes, they will comply without hesitation. That’s the common heartwarming experience of this dining model, and truly like eating at home and being served by Mum.

The everyday meal box may not appear glamorous at first sight, but it forms part of the social glue that binds people together. In difficult times, it fills not just empty stomachs but the soul of the city as well.

When the government banned dine-in services for the first time at the beginning of the Covid-19 pandemic, Hongkongers were concerned about being restricted from visiting their favourite restaurants of an evening. 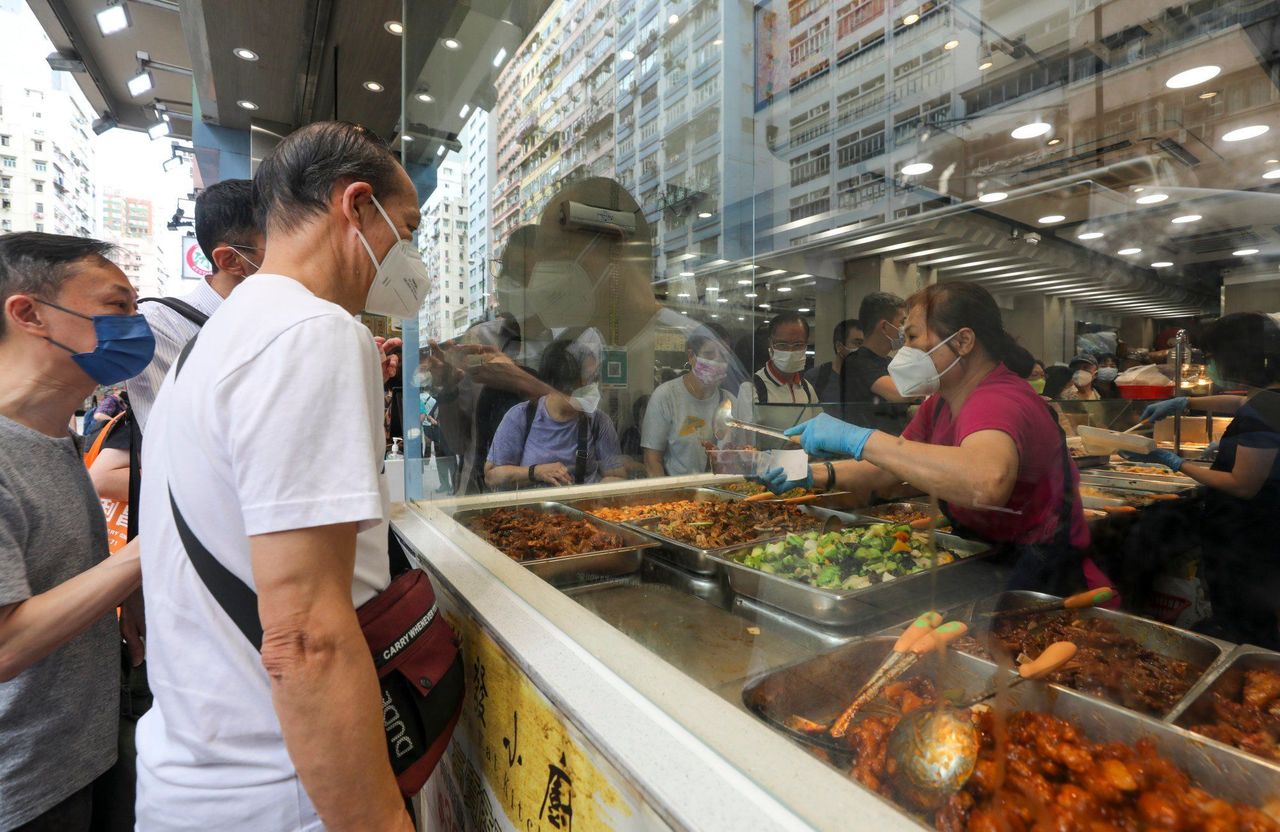 Not only is the rice box an icon of the city, it is the epitome of the Hong Kong spirit.

As the economy reeled, the hardest hit were often those in low- and middle-income families.

It was at this point that the uniquely Hong Kong “this this rice” dining came to the rescue. Its typically takeaway service model was ideally suited to cater for those desiring a hot meal, yet who were unwilling to sacrifice the wide dish selection offered by more costly, suddenly banned dine-in establishments.

Not only is the rice box an icon of the city, it is the epitome of the Hong Kong spirit. And, following its emergence in the international diplomatic arena, the next step for “this this rice” must surely be its placement on Unesco’s intangible cultural heritage list!