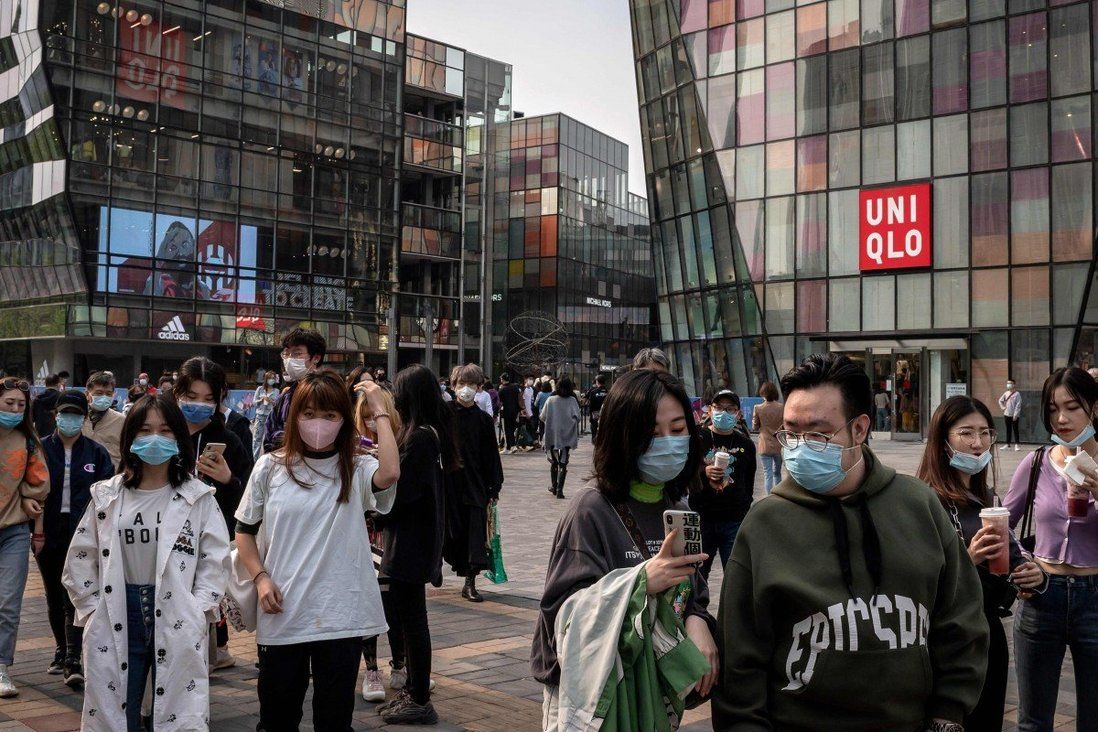 Hong Kong was the only city in the top 10 in China to see a drop in the number of US dollar millionaires in 2019, as the city was ravaged by protests.

Hong Kong’s wealthy residents are feeling the pinch after a series of events that have devastated the local economy, according to analysts and new data, while their mainland Chinese counterparts go from strength to strength.

Figures released on Monday by Hurun Report showed the number of US-dollar millionaires in Hong Kong fell in 2019 as the city was brought to a virtual standstill by a mass protest movement. It was the only Chinese city in Hurun’s top 10 to report a lower number in the period.

The gloomy picture is unlikely to change anytime soon, as Hong Kong now struggles through its worst recession on record with the coronavirus pandemic dealing a further crippling blow to businesses and individuals.

“The prospect of economic recovery is dim, with the recession going on and more people getting laid off,” said Alvin Cheung Chi-wai, associate director at Prudential Brokerage. “Hong Kong’s economic development is closely driven by China and now, with the border opening unlikely to happen soon, we will see Hong Kong people’s wealth getting hit hard in the near future.

“Even rich people are now feeling the chill. For example, they could be small shops owners whose tenants’ retail business suffered from the absence of mainland tourists and had to shut down. As a result, these rich landlords have lost millions in rent.”

At the end of 2019 – before the onset of Covid-19 – Hong Kong had 549,000 households with liquid assets – cash, stocks, bonds, mutual funds and insurance policies – of at least 6 million yuan (US$929,220), down from 551,000 the previous year, according to the latest Hurun Wealth Report. That still places it third, behind Beijing and Shanghai. 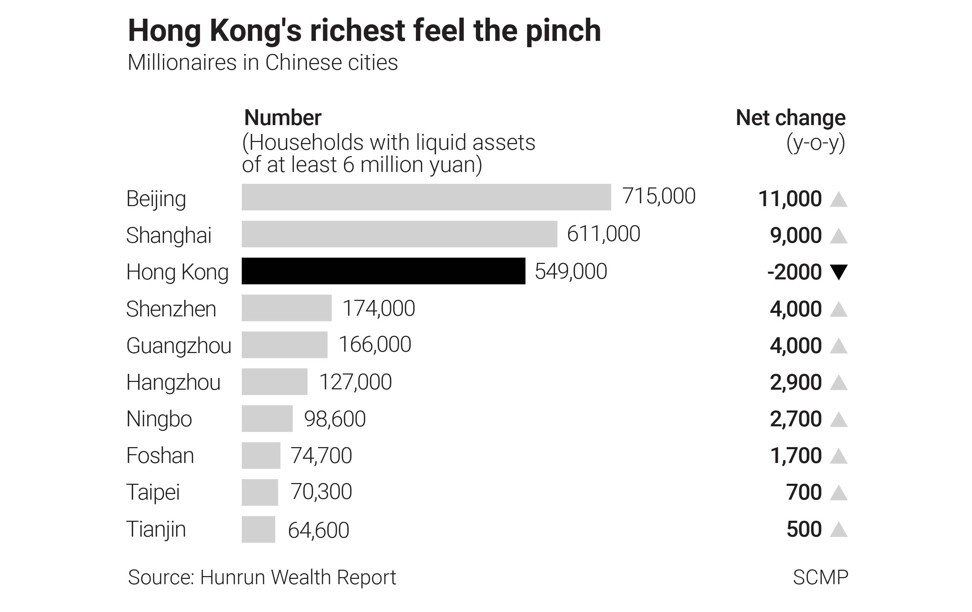 “The people with more than 6 million of liquid assets [in Hong Kong] that got hit were mainly owners of [small and medium businesses] in the city, for example restaurant and bar owners or fitness centres that ceased operations for some months that year,” said Tommy Wu, senior economist with Oxford Economics in Hong Kong.

As their wealth shrank, the tight liquidity situation meant most of them did not have enough cash to put into the stock market and reap the benefits of Hong Kong’s upbeat equity market, Wu added.

The city’s economy, battered by the social unrest, entered into a recession in 2019 when gross domestic product contracted 3.2 per cent between July and September, and a further 2.5 per cent in the last quarter of the year.

In the mainland, 1.44 million households had liquid assets of at least 6 million yuan, though Hurun did not provide a comparative figure for 2018.

Overall, the number of rich families in China hit a record last year. They held a combined fortune of 146 trillion yuan, which is 1.5 times the country’s total GDP, said the Hurun Report.

Some 90 per cent of that wealth was held by individuals in the mainland, with the rest divided between Hong Kong, Macau and Taiwan. Hurun has been compiling the list for 12 years.

Rich Chinese are ploughing a lot of their wealth into domestic property, betting on it as a safe haven in a post-Covid 19 world, particularly real estate in first- and second-tier cities.

“The wealthy consumers in China are particularly worthy of attention. Their strong spending power makes them a major force in stimulating domestic demand,” said Rupert Hoogewerf, chief researcher and chairman of Hurun Report.