Vessel not a danger to sea traffic in area, according to duty officer at Hainan Maritime Safety Administration.

Hong Kong’s Jumbo Floating Restaurant has got stuck on a reef in the South China Sea where it capsized in June, but posed no threat to other vessels, according to the mainland Chinese maritime authorities investigating the incident.

A duty officer at the Hainan Maritime Safety Administration on Wednesday said the floating restaurant was still near the Paracel Islands, known as the Xisha Islands in China, where it had capsized in rough seas in June while en route to its new home in Cambodia.

“We are still looking into the incident. The vessel capsized and keeled over, and was trapped on a reef off Sansha [in Hainan]. As far as I know, this is the latest situation,” said the duty officer. 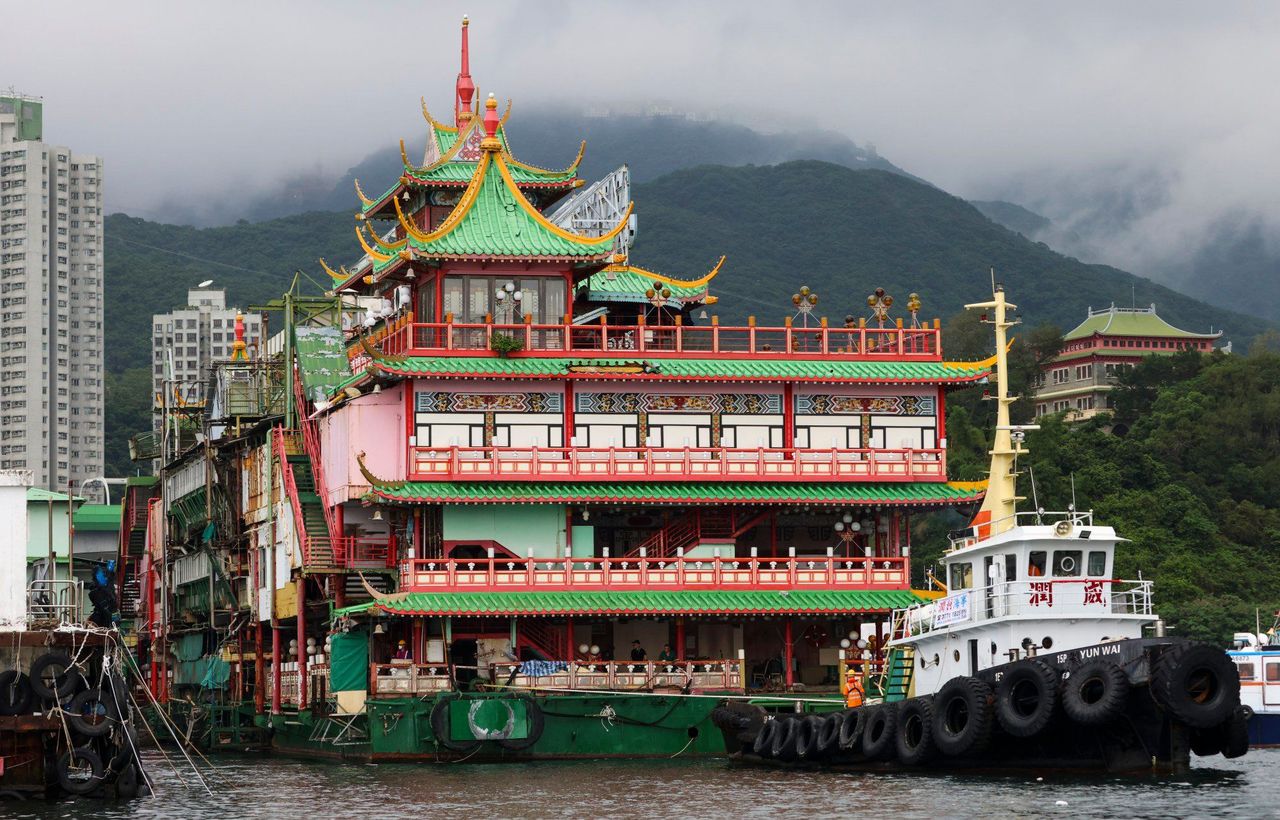 The iconic Jumbo Floating Restaurant left the city in June to head to its new home in Cambodia.

“We cannot say for sure how much longer the investigation will take. It is being conducted in accordance with the relevant laws.”

Asked if the wrecked vessel could affect sea traffic, the officer said: “Presently there is no threat to the safety of navigation in the area.”

But the officer declined to discuss the condition of Jumbo or whether authorities would help recover the vessel.

A spokesman for the Hong Kong Marine Department said it had no further update on the case as mainland authorities were handling it.

The owner of Jumbo, Aberdeen Restaurant Enterprises, has been approached for comment.

The iconic restaurant left Hong Kong for a new home in June, but days after its departure it capsized near the Paracel Islands. At the time, its owner said Jumbo “encountered adverse conditions” and water entered the vessel and it capsized. But it said the vessel had not sunk.

The restaurant was being towed by Jaewon 9, a pusher tug sailing under the South Korean flag. The crew members were reportedly assisting the investigation in Sanya port of Hainan Island.

Opened in 1976, Jumbo closed for business in early 2020, with Aberdeen Restaurant Enterprises reporting an accumulated loss in excess of HK$100 million (USS$12.7 million) after the Covid-19 outbreak devastated the tourism and catering industries already under strain since the social unrest in 2019.

The company announced in May it would move the boat out of Hong Kong waters because it could not afford the cost of maintaining the vessel to meet the government’s requirements. It said at the time it had to spend, on average, millions of dollars annually on inspections, repairs and maintenance to meet licensing and other requirements.