Hong Kong’s economy will continue to improve if the city’s Covid-19 situation remains under control, the finance chief has said, adding that the job market had stabilised and local inflation risks were low.

Financial Secretary Paul Chan Mo-po made the remarks after the government earlier downgraded its full-year forecast for the city’s economic growth to 1-2 per cent for 2022 from 2-3.5 per cent, reflecting the havoc caused by the fifth wave of coronavirus cases in the first quarter.

“Sentiment and consumption has notably improved because of the relaxing of social-distancing measures. If the pandemic remains under control, our economy will continue to revive,” Chan told a Legislative Council panel on Monday. 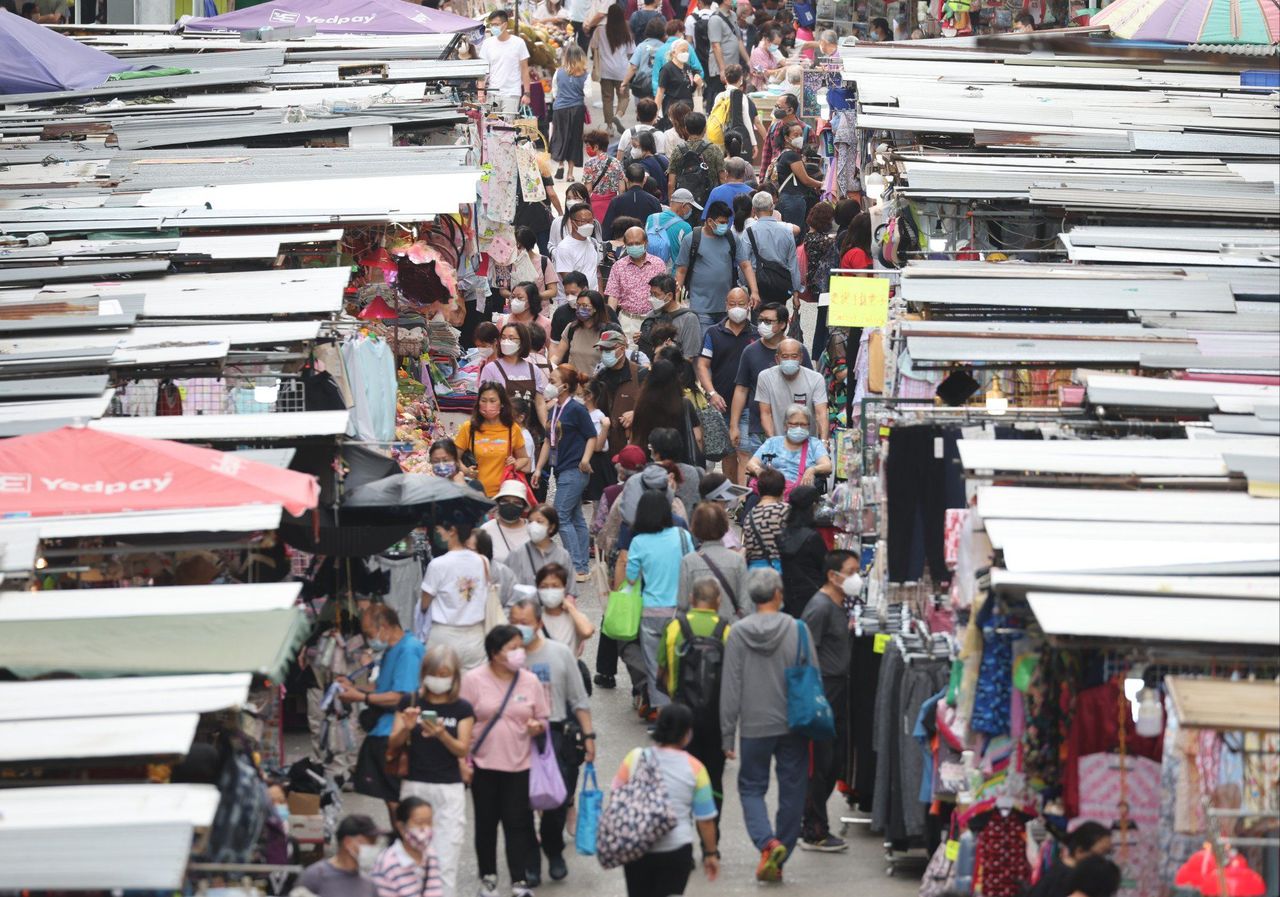 Shoppers in Mong Kok after social-distancing curbs were relaxed.

He added that the job market had also begun to improve because of relaxed Covid-19 curbs, increased consumption and government aid.

“The labour market was under severe pressure amid the fifth wave … However, the situation has stabilised, with the 2022 Employment Support Scheme and other measures which have helped ease unemployment,” he said.

Hong Kong’s unemployment rate climbed to a one-year high of 5.4 per cent from February to April this year, as stringent social-distancing restrictions imposed at the height of the city’s fifth wave of infections took a toll on businesses.

The city’s economy also shrank by 4 per cent during the first quarter of 2022. In 2021, its gross domestic product jumped 6.4 per cent after shrinking 6.5 per cent a year earlier.

Meanwhile, Chan also addressed concerns from lawmakers about losing tax revenue as a growing number of residents had left the city.

Hong Kong recorded a total of 50,505 departures in the first half of March as residents became frustrated with social-distancing restrictions amid the fifth wave.

“We have seen emigration waves pre-1997. People called it a ‘brain drain’ at the time, but it’s actually a ‘brain tide’ because those who left at the time came back. Those who left also created room for young people who had faith in Hong Kong and were hardworking to climb the career ladder faster,” he explained.

He said the impact on tax revenue was limited as those who remained or immigrants moving to the city would replace the jobs of those who had left.

He added that measures such as encouraging the development of private equity funds had also helped to attract talent and capital.

“Because of supply bottlenecks, inflation levels in many economies are still high, causing immense external pressure,” Chan said, noting prices for energy and commodities had increased. “However, inflation pressure locally is still mild.”

He added that the forecast rates for underlying and headline consumer price inflation for 2022 were 2 and 2.1 per cent respectively.

“We will continue to monitor the impact of external price pressures on people’s lives,” Chan said.