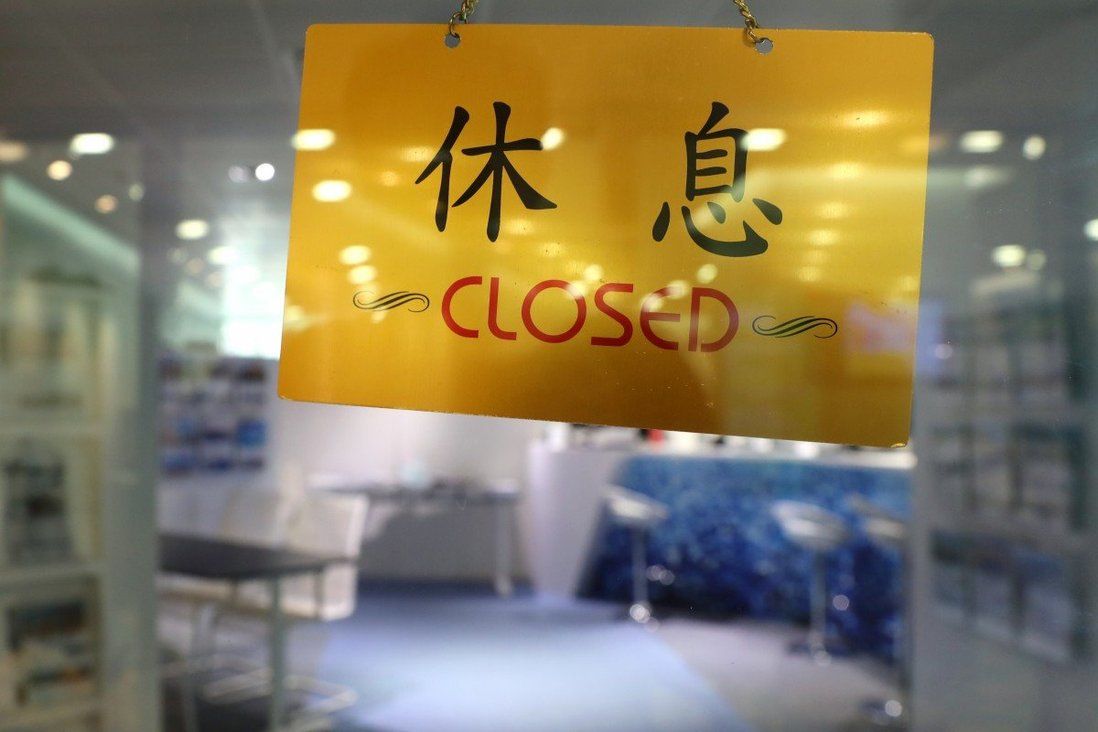 Companies shrink, let go of staff or shut down while waiting for stalled world travel to resume.

The Covid-19 pandemic forced 88 Hong Kong travel agents to close last year, while others downsized or began sharing premises to cut costs and carry on.

“We never imagined business for the whole of 2020 would stop like that. It’s hard to endure,” said Timothy Chui Ting-pong, chief operations officer of Taiwan Good Travel Company, which mostly organised small-scale tours for visitors.

From around April, he will start sharing his 800 sq ft office in Hung Hom with two other businesses and save rent of around HK$4,000 (US$516) each month. He hopes to find a few more partners to split the bill.

“Now we have no business, so it’s useless for me to occupy a big office,” Chui said, adding that his four employees were working for a mask firm to earn an income and did not have to return to the office.

Hong Kong agencies were hit hard after international travel ground to a standstill as Covid-19 spread across the world last year, with the city recording its first cases in January.

Arrivals shrank 93.6 per cent to just 3.57 million from 2019 figures, which were already affected by anti-government protests that kept visitors away. Hong Kong had 65.1 million visitors in 2018.

The 88 agencies which closed last year represented 5 per cent of the total in 2019 while many others shrank, cut branches, moved to smaller premises or began sharing offices, the Travel Industry Council said. The total stood at 1,734 at the end of December.

Even the city’s biggest travel firms laid off workers or put staff on unpaid leave. Between them, Wing On and EGL Tours let go of more than 100 workers in recent months.

Last September, the council relaxed its rules and began allowing travel firms to share premises with up to seven other agencies to save costs. It received 135 applications for a change of address in the four months to December. 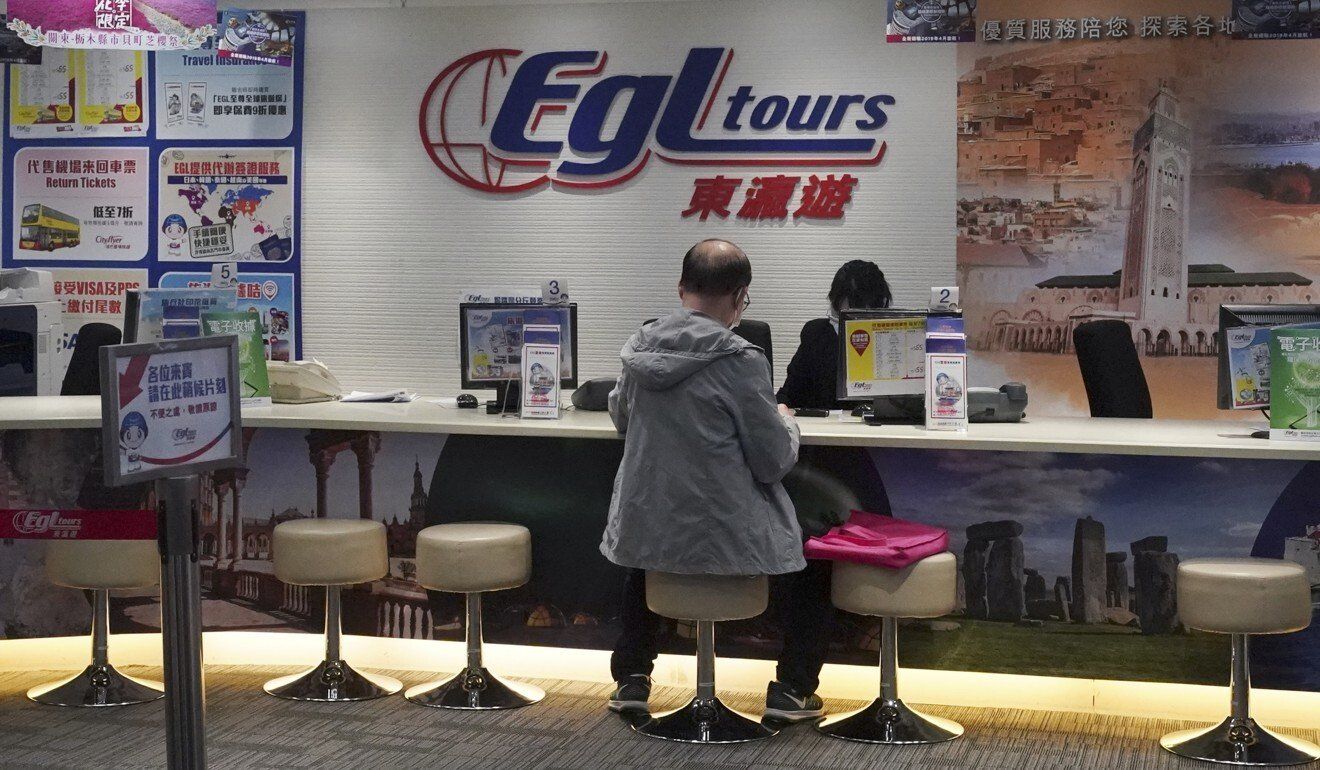 The office of EGL Tours travel agency in Causeway Bay. The travel agency had to let go of more than 100 workers in recent months.

The council said the sector remained badly in need of support.

“Cross-border and international travel are not expected to resume before the end of this year. Financial help from the government is still key,” council executive director Alice Chan Cheung Lok-yee, said.

Financial Secretary Paul Chan Mo-po has said that for the coming budget on February 24, he plans to maintain or increase public spending levels to protect livelihoods during the economic downturn.

Chui hoped there would be more allowances for workers who had been jobless for a year.

“Perhaps the travel sector still needs to rely on government help to tide us over until late 2021,” he said.

“But the profit is not big,” Arrow managing director Tommy Tam Kwong-shun said.

He estimated the sideline brought in only about 10 per cent of the company’s past income, which was nearly HK$9 million a month before the unrest in 2019.

Last December, the firm was forced to let go of about 10 of its staff of more than 30, and Tam said he forked out millions of dollars from his own savings to remain in business.

He said his venture into e-commerce was no match for the fierce competition in the online shopping market dominated by e-commerce giants such as HKTVmall and Taobao.

“This is not our business,” he said. “It’s not easy to seize market share in such a short time.”

Paul Chan Chi-yuen’s firm, Walk in Hong Kong, has managed to keep going, thanks to the virtual tours it began offering. None of his team of five has had to go on unpaid leave or had their salaries cut.

Since last July, the firm has been running virtual tours for Hongkongers, exchange students and visitors. It hit a peak of 20 tours in November. 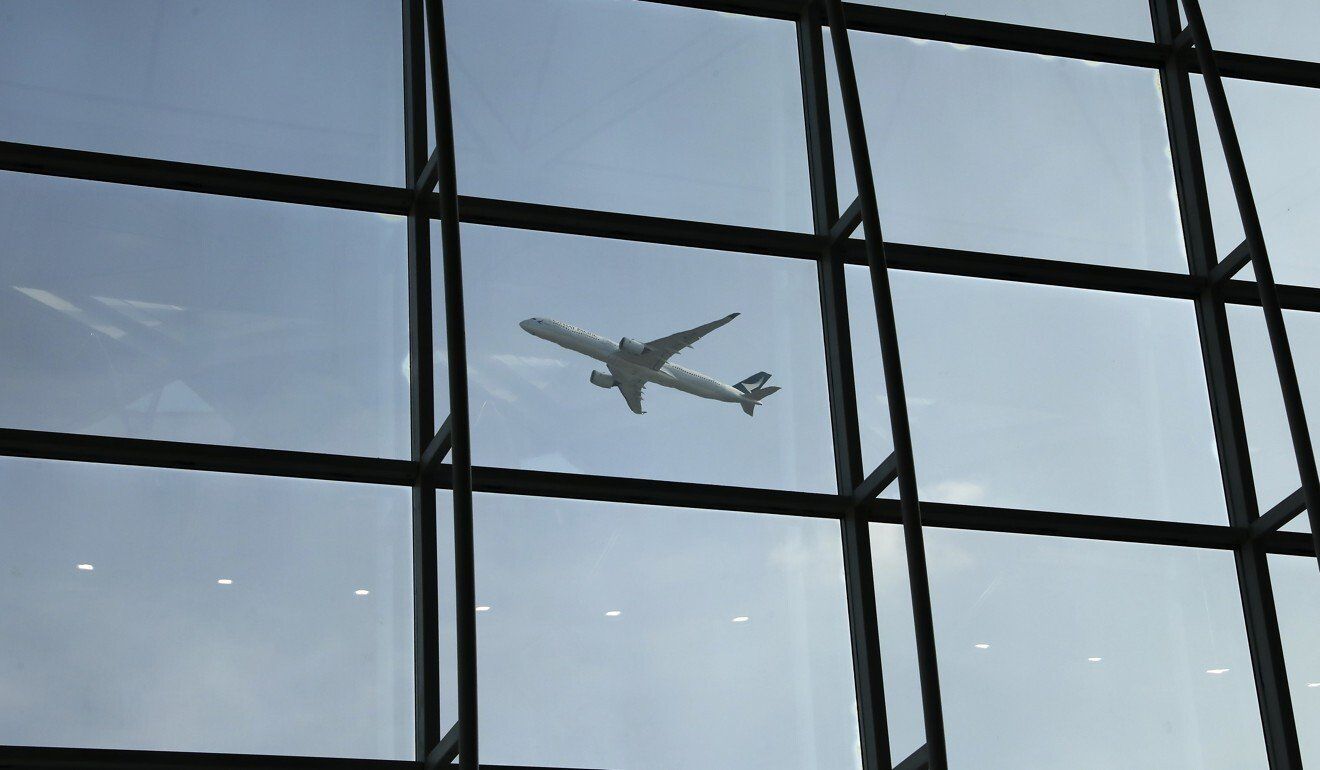 Chan, 41, the firm’s co-founder, said the business was more about catering to new human needs during the pandemic and allowed participants to interact.

The virtual tours are like hosting a TV show with a live audience. For example, when tour guides visit a place, participants can ask the business operator questions to understand more.

For normal bookings, the group size ranges from 15 to 30 people. But for bigger events, the firm is able to cater for up to 100 people. Chan said he had organised virtual orientation tours for students under quarantine and also team-building sessions for business groups.

He estimated the virtual trips had brought in 70 to 80 per cent of the firm’s previous income from tours.

“If we had continued to rely on physical activities, with social-distancing rules and the pandemic, we would have placed ourselves in a passive position,” he said.

Chan expected demand for real-time online experiences to remain and planned to include this strategy for his long-term business development.

He called on leaders in the trade to help others find ways to transform their businesses.

“If a few more businesses can overhaul themselves successfully, we will see a few more surviving,” he said.