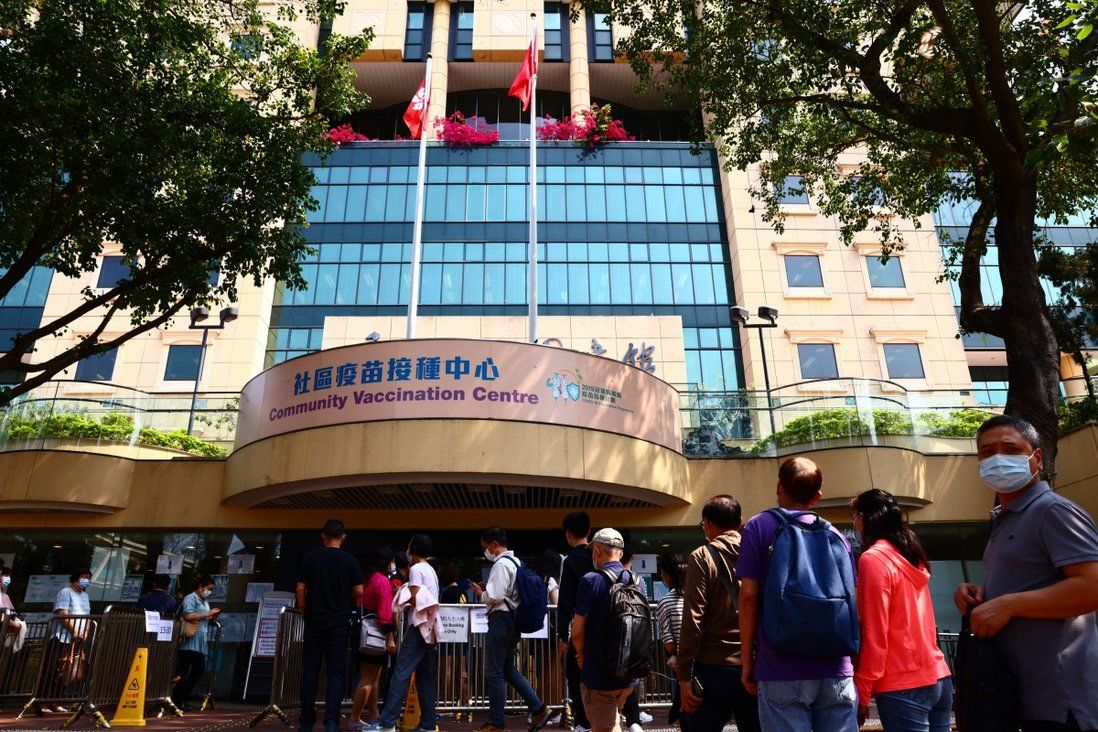 Department of Health says 32-year-old man, who was given one Sinovac shot and two BioNTech jabs, failed to tell private doctor and staff at community vaccination centre about previous doses.

His doctor reported the man on March 28 after checking the patient’s electronic vaccination record, but only after the Sinovac jab had been administered. The 32-year-old had not disclosed that he had already received his first BioNTech dose during his consultation with the doctor, according to a Department of Health statement issued on Sunday evening.

The doctor said the man was advised against receiving another dose of Covid-19 vaccine, but he went ahead anyway two weeks later and did not tell staff at the community centre about his medical history before getting his third shot.

“Enhancement to the system safeguard measures has also been made to support different scenarios of vaccine administration,” a department spokesman said, adding that health providers have been reminded to check vaccination records before administering the jab.

“The practice of mixed doses vaccination involves uncertainty and risk, and is still in the experimental stage, which should only be conducted under the supervision of health care professionals.”

Authorities also admitted that nine non-residents, who were ineligible for Hong Kong’s vaccination drive, received their first dose of the Sinovac jab at private clinics. The department said it would tell the doctors to provide a second dose to the nine people.

Officials apologised last week after revealing a total of 24 residents had received a different Covid-19 vaccine than the one they booked since the mass inoculation programme began at the end of February.

Earlier, the city’s health minister renewed her call for residents to be vaccinated after authorities confirmed a 63-year-old man had been infected despite getting his second dose of the Sinovac jab.

The man got his two shots of the Chinese-made vaccine on March 10 and April 7 at Yau Oi Sports Centre in Tuen Mun before he tested positive for the coronavirus, according to a statement from the Centre for Health Protection (CHP) on Saturday night.

According to the CHP, and based on information from the drug manufacturer, individuals may not be protected effectively until 14 days after their second dose.

A government spokesman reminded members of the public to keep wearing face masks and maintain social distancing even after getting vaccinated.

Secretary for Food and Health Professor Sophia Chan Siu-chee said getting vaccinated was not a silver bullet to eliminate the risk of infection, and stressed people should still follow health measures in place.

“The most important thing is that even if you do get infected despite being vaccinated, the symptoms will not be as severe,” Chan said on a Sunday radio programme.

She also added that a third vaccine would not be procured by the government this year, and urged the public to get inoculated as soon as possible.

“There are many people who may wait and see if there is a better vaccine,” she said. “The new generation or the next round of vaccines are actually boosters, but the prerequisite for boosters is to receive the first and second doses first.

“As for the booster shots, we are still discussing whether there is another generation of vaccine that has better protection and will protect against the mutant virus strain. However, vaccine manufacturers in various places are still developing, and we don’t have a timeline of when this will be ready, so I urge everyone not to wait.”

The 63-year-old caught the virus seven days after injection, Chan said, which meant there was “not enough” time for him to produce antibodies. She urged those who had been vaccinated to pay extra attention.

Respiratory expert Dr Leung chi-chiu said no vaccines were completely effective in preventing infections and agreed it was best to remain vigilant for 14 days after receiving the second dose.

“For this particular case, the disease onset is only seven days after the second dose; we cannot expect the vaccine to take full effect,” he said.

The plan, which aims to push the city towards eventual herd immunity, will give vaccinated residents greater freedom to dine out in bigger groups, travel abroad and visit care homes. But the plan has drawn backlash from industries affected by social-distancing rules.

Dr Leung said he believed the bubble concept could work if people only hung out within their own social circles and formed “stable groups”, and suggested families living within the same unit all got vaccinated together.

“Up to this moment, only the family unit will meet these conditions because we are mixing very frequently within the family … If everyone gets vaccinated, the vaccination will have a very important protective effect, at least within that social mixing group,” he said.

Civil service chief Patrick Nip Tak-kuen also said last Thursday that supplies of BioNTech shots were limited, and the government would only maintain operation of the community vaccination centres for the jab until late September.

People who wished to get a BioNTech vaccine must do so by August, so they could get their second dose on time by late September, he said.

About 1,091,100 vaccine doses have been administered since the city launched its inoculation programme. About 719,900 people have received their first dose, while 371,200 people have been fully vaccinated.

Hong Kong’s vaccination programme will cover as much as 88 per cent of the population after the city lowered the age threshold to those under 30. Starting on Friday, online bookings will be open for those aged 16 and above for the BioNTech jab, while those aged 18 or above will be able to get the Sinovac shot.