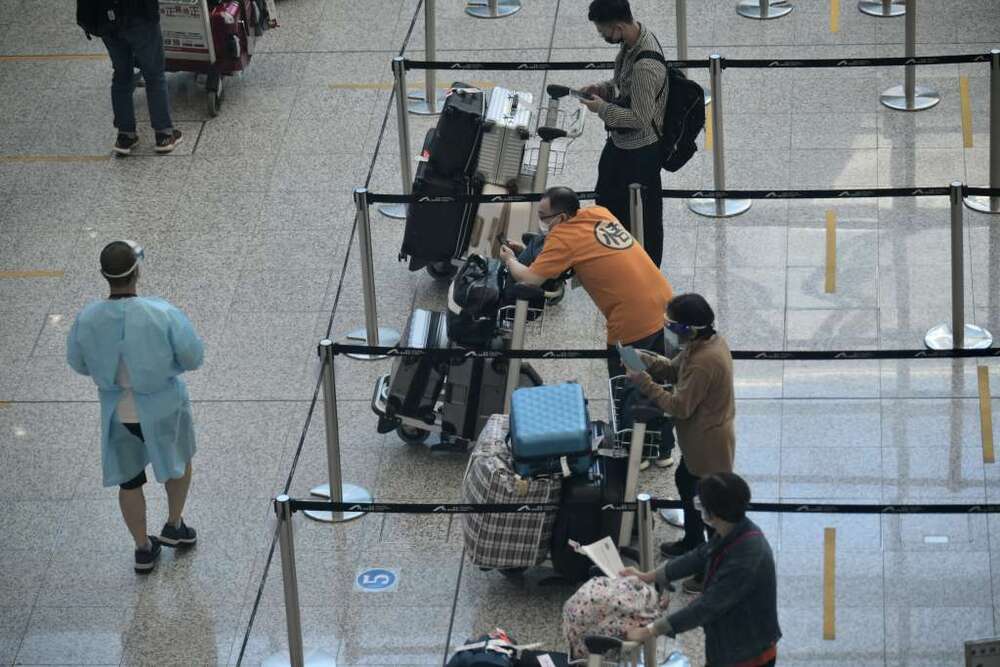 The 15-year-old girl who lives at Tower 6 of the Belchers in Pok Fu Lam departed Hong Kong for the United States on December 15.

She returned to Hong Kong by flight CX893 on Sunday and underwent quarantine at the Penny's Bay Quarantine Centre for the first four days; her sample on Monday tested positive, and she developed symptoms on Tuesday.

As a prudent measure, the places she resided and visited in Hong Kong during the incubation period have been included in a compulsory testing notice.

The 14 imported cases involved nine men and five women aged 15 to 63. Among them, 11 were found carrying mutant strains N501Y and T478K – indicators that they could be Omicron cases.

They arrived from places that included the US, the Philippines, France, the UK, Singapore, Germany, Australia, Spain, and Canada.

The remaining patient is a local aircrew member who was announced as a preliminary positive case on Tuesday. He underwent medical surveillance and regular compulsory testing in accordance with the requirements for exempted persons, and his sample collected at a community testing center tested positive for mutant strains N501Y and T478K.

Meanwhile, the 12 Omicron cases involved four men and eight women, aged 19 to 79. Ten of them tested positive at the airport, while two tested positive during quarantine.

So far, there are 70 Omicron cases reported in the city.

In addition, specified persons in relation to the following premises are reminded to undergo compulsory testing by Thursday: