Off the back of scrapped social-distancing measures, police expect revellers to come out in force to ring in the new year.

Hong Kong partygoers should be ready for traffic delays on Saturday night as police are set to enforce wide-ranging road closures to deal with the first New Year’s Eve countdown without social-distancing measures in two years.

The force on Friday said it would block off more roads in the city’s main nightlife districts compared with Christmas Eve a week earlier to accommodate more revellers.

According to police estimates, around 240,000 people visited Tsim Sha Tsui on December 24, while another 21,000 were recorded at the West Kowloon Cultural District. Around 6,000 people soaked up the festive atmosphere in Lan Kwai Fong, the force said.

It said it expected even more people would be out on the town to celebrate New Year’s Eve, after all social distancing measures were dropped from Thursday. 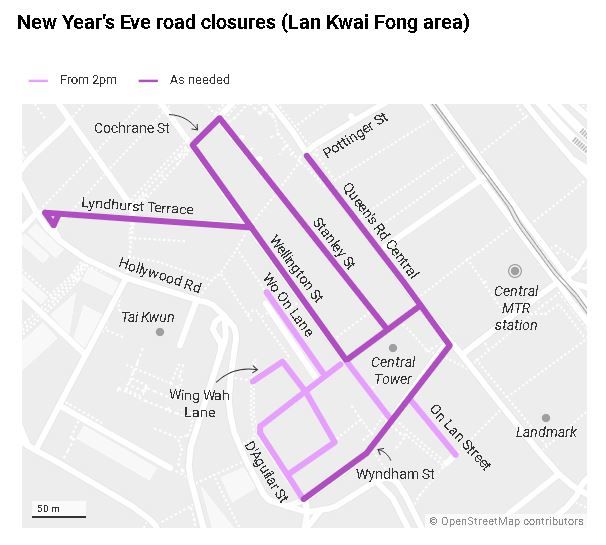 But police reminded residents to be cautious amid the surging Covid-19 caseload. Hong Kong recorded 27,830 infections on Friday and 72 related deaths. The city’s total tally now stands at 2,596,426 cases and 11,755 fatalities.

“I would like to remind the public that face masks are still required ... [and] that although social distancing and gathering measures are relaxed, the Covid-19 situation is still alarming. I hope people will keep their personal hygiene,” said Michael Ho Kam-yee, acting superintendent of the enforcement and control division of Hong Kong Island traffic.

The MTR will run overnight train services on New Year’s Eve, allowing residents to avoid some of the road closures. 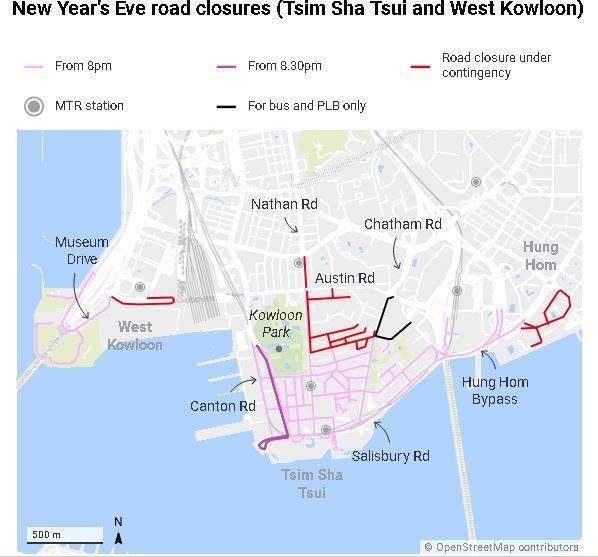 The two Star Ferry routes crossing Victoria Harbour will extend services to 1am on January 1. On the ferry service between Central and Discovery Bay, an additional trip to each location will be scheduled for 1am and 1.30am, respectively.

The Central-Mid-Levels escalator and walkway will also run until 3am on New Year’s Day.

Without elaborating on the impact, he said there would be sufficient officers out in force to handle crowds. 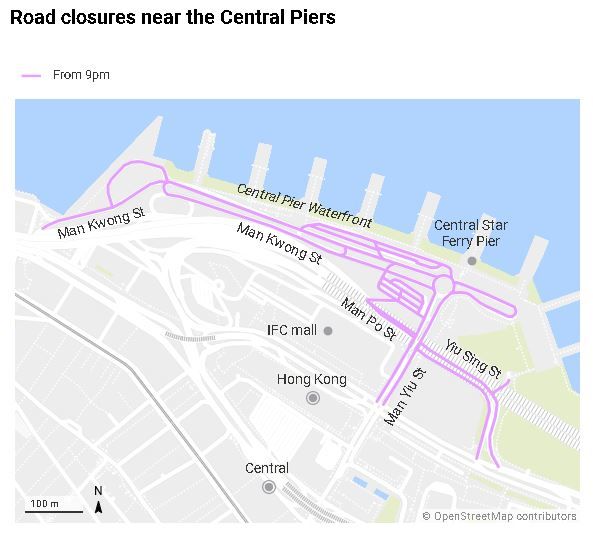 The Hong Kong Tourism Board will stage a 10-minute light show, featuring laser beams and pyrotechnics projected onto buildings and landmarks along Victoria Harbour.

Some of the city’s iconic Star Ferries will also take part in the light show.

Road closures will be enforced in Central, Wan Chai, the Peak, Tsim Sha Tsui and the West Kowloon Cultural District from New Year’s Eve afternoon to the early hours on New Year’s Day.

Roads near Central Piers No 2 to 8 will close from 9pm on New Year’s Eve. 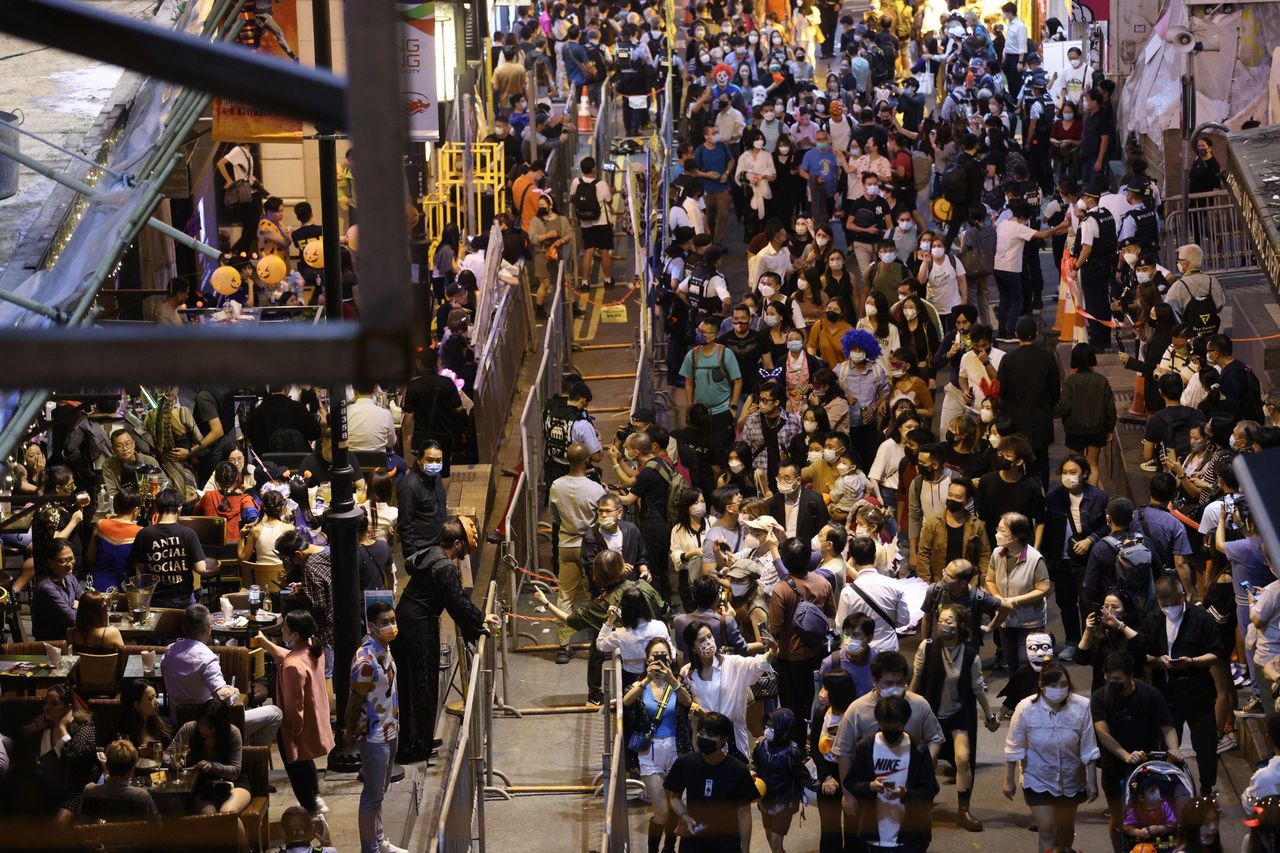 In Wan Chai, a section of Expo Drive East southbound will close from 6pm on Saturday while roads to the north of the junction between Expo Drive East and Expo Drive will be blocked off from 9pm. An eastbound section of the Central-Wan Chai Bypass will also close at 11.30pm.

Tramway Lane at the Peak may also be cordoned off depending on crowd numbers.

The first phase of road closures on Kowloon will begin from 8pm on Saturday for all major roads in Tsim Sha Tsui East as well as the West Kowloon Cultural District. The final bus service will depart by 8.30pm from the Star Ferry pier, leaving the Tsim Sha Tsui East area closed off to vehicle traffic.

The M+ museum will maintain regular hours on Saturday while the Hong Kong Palace Museum will close two hours earlier than its normal schedule at 6pm. Both museums will be open on New Year’s Day, but M+ will be closed on January 2.