Hong Kong’s leader announced on Thursday that he had secured preliminary backing from mainland Chinese authorities for a “reverse quarantine” scheme allowing travellers to undergo isolation at designated facilities in the city first before heading across the border.

News that the scheme would proceed, enabling more Hongkongers to travel without having to worry about limited hotel quarantine quotas on the other side, came as the number of daily Covid-19 infections surged above 10,000 for the first time since late March – a level at which authorities have warned of a heavy burden on the city’s healthcare system.

Chief Executive John Lee Ka-chiu was already warning that the daily infection tally posed a “serious threat” to public hospital services, as he gave details earlier in the day of talks he had held via videoconferencing with officials from Guangdong province and Shenzhen on a wide range of issues, including the reverse quarantine arrangement that Hong Kong was seeking. 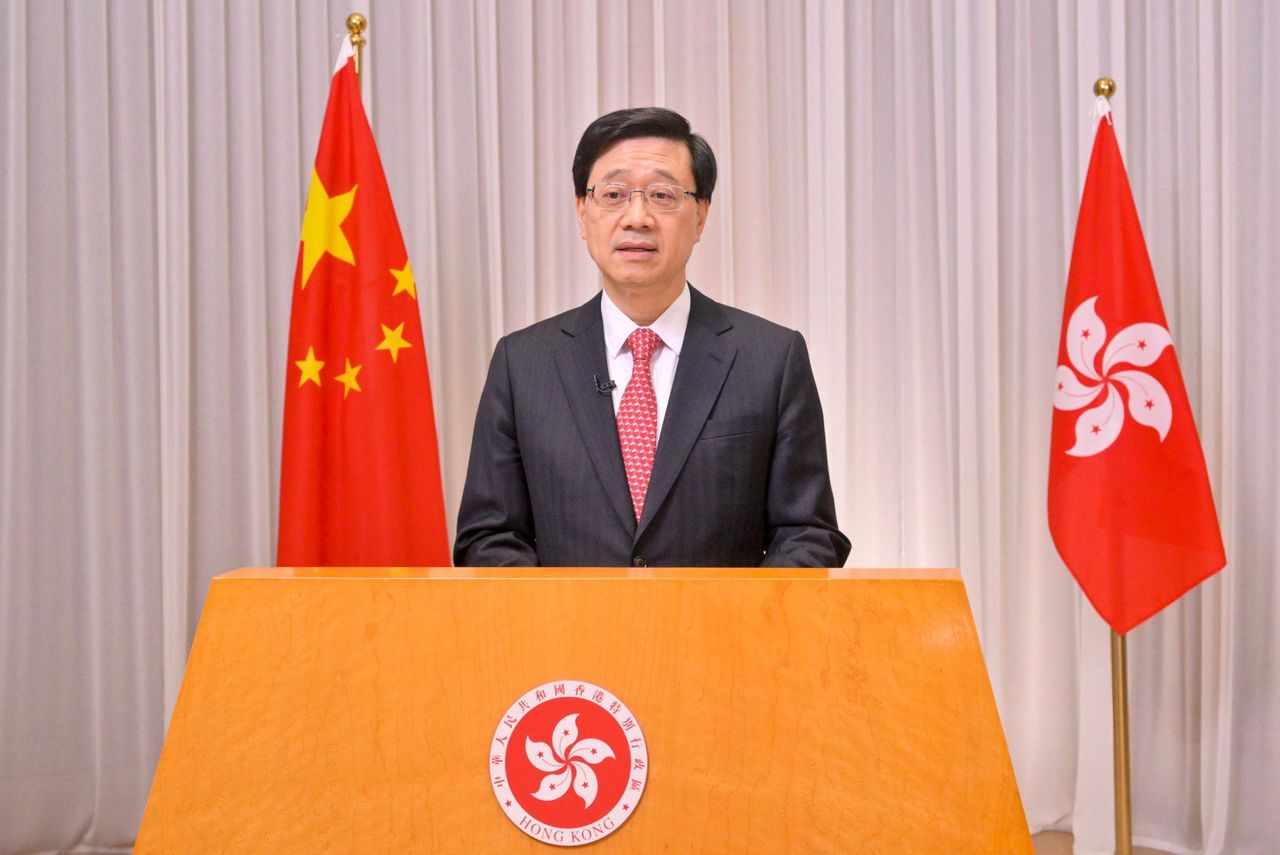 Under the proposal, a makeshift Covid-19 treatment facility at the Lok Ma Chau Loop, an area near the border, could offer several thousand rooms to quarantine travellers before they head to the mainland.

“In this proposal … for people who wish to travel to the mainland, after doing this quarantine [in Hong Kong], they will be regarded as having fulfilled the ‘7+3’ requirement of the mainland,” he told a press conference.

“The main purpose is, first of all, to alleviate the burden of hotels on the mainland, making use of facilities in Hong Kong so there will be more opportunities for quarantine facilities for travellers.”

Currently, people who cross the border must quarantine in a mainland hotel for seven days, followed by three days of home surveillance. The number of people who can cross via the Shenzhen Bay checkpoint is determined by a lottery system, with only 2,000 slots available every day.

Lee said Guangdong and Shenzhen had indicated support for Hong Kong’s idea, and agreed to set up a task force to work out the details, including how travellers leaving quarantine could enter the mainland without contamination.

The isolation centre at Lok Ma Chau can provide up to 10,000 beds, while a designated hospital for coronavirus patients there has another 1,000.

According to a government source, a few thousand places at the centre could be set aside for travellers undergoing reverse quarantine before heading to the mainland, with room for the quota to be increased. Other isolation facilities could contribute additional spaces to the scheme if it proved to be successful, the insider added.

“We understand that people are concerned about the price of quarantine facilities. It would not be free of charge, but it would definitely be affordable to the general public,” the source said.

The insider explained that travellers would need to spend at least seven days in a reverse quarantine unit, while a new task force would determine how people could comply with the three-day “home surveillance” period required by the mainland.

Staff for the operation should also be recruited from the mainland, the source said, as authorities did not expect many Hongkongers would be willing to operate under a closed-loop arrangement as part of the plan for a long time.

But the government source also said there was no mention of fully reopening the border between Hong Kong and the mainland during Thursday’s discussions.

“We only focused on how to minimise inconvenience for the public to cross the border,” the insider said.

To resolve differences between how Hong Kong defined a coronavirus infection based on CT value and the standard set by the mainland, Lee said the task force would look into the matter and ensure travellers adhered to quarantine requirements used across the border.

The mainland considers a person infected if they have a CT value of 40 or lower, while a local health expert said Hong Kong defined a positive reading as below 38.

Lee also said the reverse quarantine scheme would be implemented as soon as possible, but did not give an exact date.

Asked if Hong Kong had given up on seeking its long-awaited goal of quarantine-free travel to the mainland, Lee said: “This action … is no replacement of other measures that we [have] always tried to seek so as to allow more convenience for people to travel to the mainland. We are looking into all possible options, besides this new quarantine arrangement.”

At the online meeting on Thursday morning, the two sides discussed other issues, including setting up 13 task forces under an existing cooperation framework between Guangzhou and Hong Kong to cover the Northern Metropolis development, pandemic control, innovation and technology, and finance.

Also on the agenda was progress on Nansha and Qianhai developments and the establishment of another 19 new task forces under the Shenzhen-Hong Kong collaboration mechanism.

Respiratory medicine expert Dr Leung Chi-chiu said the reverse quarantine scheme would also require a large amount of manpower and resources, which could create additional infection risks among those crossing the border. 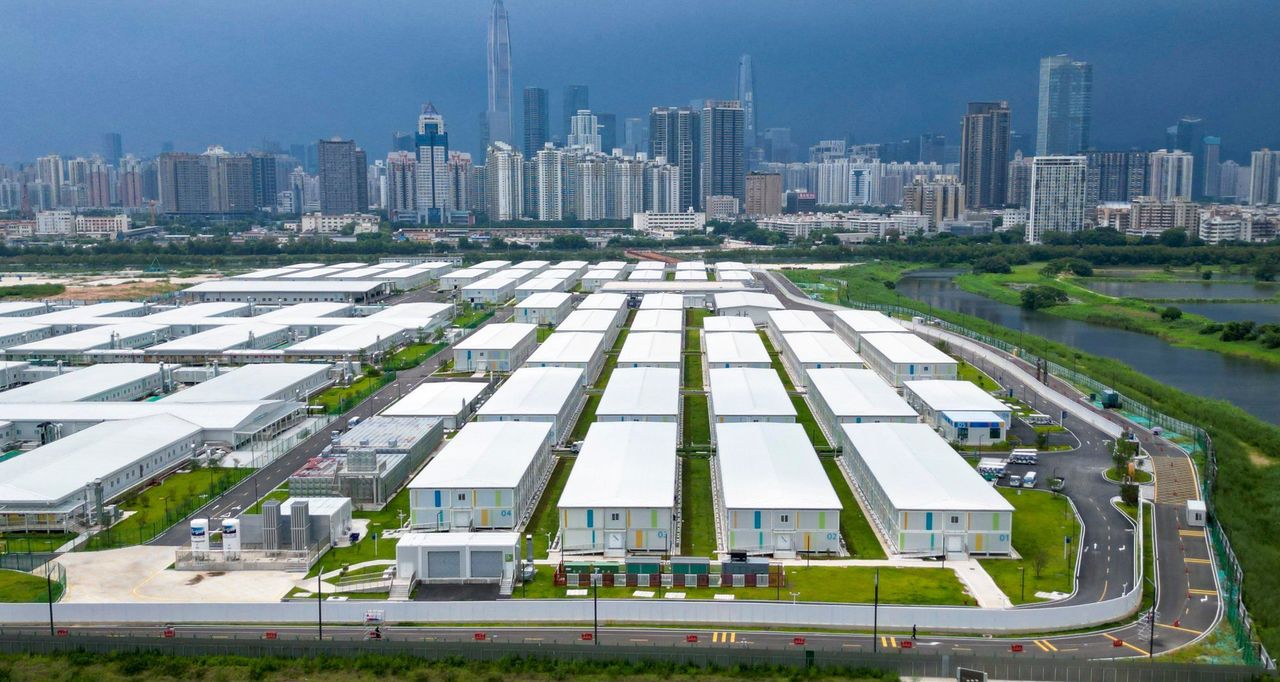 The isolation centre located at Lok Ma Chau Loop has been proposed as a reverse quarantine facility for those looking to travel to the mainland.

“The virus can be brought into the facility by staff members, contracted by [travellers], and further carried into the mainland,” he said. “This arrangement will only increase the infection risks in the mainland.”

He suggested that the reverse quarantine facility only allow a few thousand travellers to stay there at any one time, while staff should participate in a closed-loop system to reduce the risk of virus transmission.

Government pandemic adviser Professor David Hui Shu-cheong agreed that staff at the facility should work under a closed-loop arrangement.

But Hui said he disagreed that the proposal could lead to the further spread of the virus on the mainland, explaining that the “7+3” arrangement would be sufficient to screen for Covid-19 cases, including the Omicron variant, which has a shorter incubation period.

Lawmaker Ben Chan Han-pan, of the Democratic Alliance for the Betterment and Progress of Hong Kong, said the proposed quarantine policy was “good news”.

“In addition to facilitating residents’ travel to the mainland, this can reduce the risk of importing the virus [across the border],” he said.

The Chinese Manufacturers’ Association of Hong Kong said the arrangement could help reduce demand for rooms at quarantine hotels across the border, as well as the number of medical resources used on the mainland by city residents.

Early in the morning, Lee delivered a speech via videoconferencing at the opening ceremony of the new campus of the Hong Kong University of Science and Technology in Nansha, Guangzhou.

The launch of the campus is considered part of the city’s contribution to the development of the Greater Bay Area, an ambitious initiative by Beijing to create a global innovation and technology powerhouse by linking Hong Kong, Macau and nine Guangdong cities.

Close to the university’s Guangzhou campus, the non-profit boarding Minxin Hong Kong School also opened on Thursday for primary and secondary school pupils from the city. The institution was founded by former chief executive Leung Chun-ying.