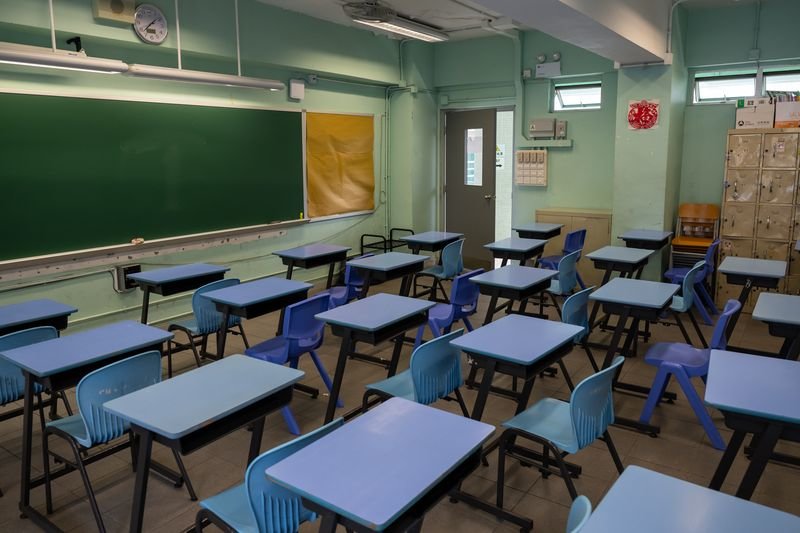 Hong Kong pushed back the re-opening of classrooms for more than a month as part of government measures to stamp out the spread of the coronavirus.

The suspension of in-person classes at kindergartens through high school, a restriction originally scheduled to expire Jan. 10, will be extended until the lunar new year holidays, which begin on Feb. 12, Education Secretary Kevin Yeung said during a briefing on Monday. The city reported 53 new cases for the day, 43 of which were local.

Six of Monday’s cases were untraceable, the lowest number since Nov. 19.

Hong Kong has been one of the most aggressive places worldwide to close schools despite research from the likes of the United Nations warning about the adverse consequences of doing so. Still, the city has continued to suspend classes as part of its arsenal to bring down case numbers and re-open its economy to travelers, particularly to those from mainland China.

Besides schools, the government will extend other social distancing measures by another two weeks until Jan. 20.

The city recently banned travelers from the U.K. in the wake of a more contagious strain of the coronavirus being detected there. An earlier effort to open up quarantine-free flights to and from Singapore — the first major air travel bubble — collapsed last month after a resurgence of cases in Hong Kong.

Separately, Hong Kong reported that a pet cat tested positive for Covid-19 after its owner became infected by the virus. So far, eight dogs and eight cats have tested positive in the city, though the government said there’s no evidence that pets are spreading the coronavirus to people.
#covid 19  #covid  #coronavirus
Add Comment