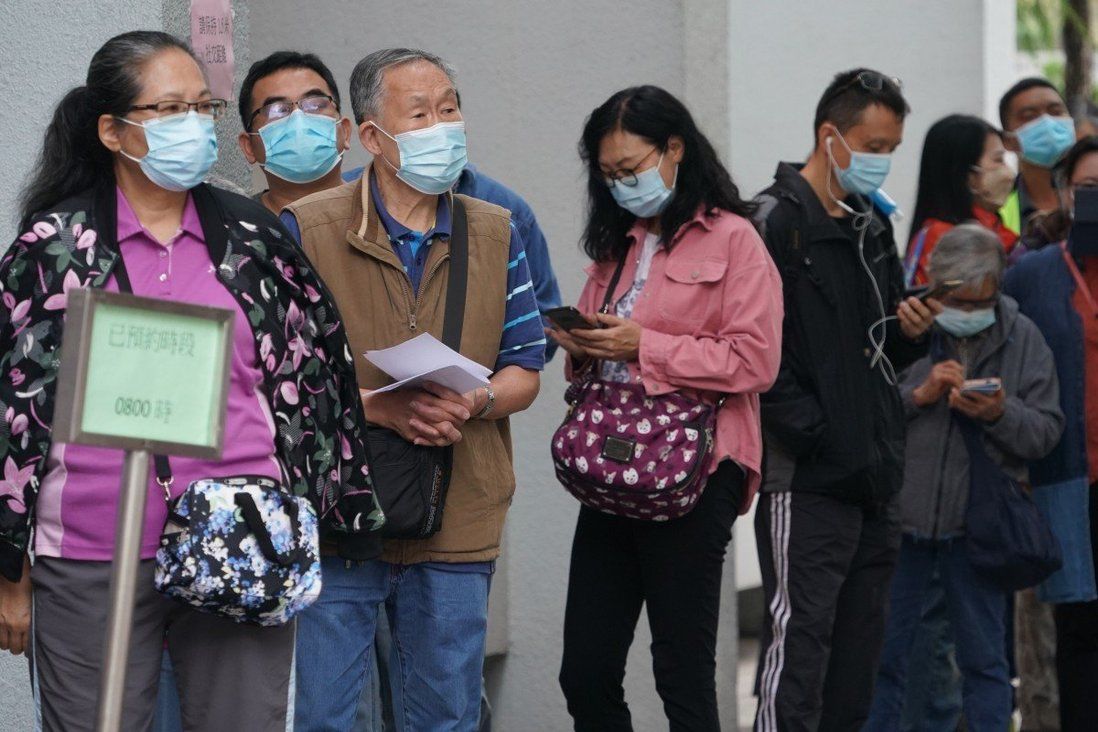 Hong Kong authorities were considering ways to incentivise residents to take the coronavirus jab amid a sluggish start to the city’s vaccination roll-out
, a government adviser said on Sunday, as top officials renewed their push for a programme they said held the key to economic recovery.

The calls to bolster the mass inoculation campaign came after a 62-year-old man with high blood pressure and diabetes died on Saturday, 20 days after receiving a Sinovac shot, according to a medical source.

He was the tenth Sinovac recipient – most of them chronically ill – to die after receiving the jab since the vaccination drive began. One person has also died after getting a BioNTech shot, but so far no direct link has been established between the vaccines and any of the fatalities.

Suggesting even more vaccination facilities could be necessary in the wake of recent delays, Chinese University respiratory medicine expert Professor David Hui Shu-cheong noted that everything from greater visitation rights at care facilities to a speedier return to international travel hinged on mass inoculations.

Hui’s advice came as Hong Kong’s second- and third-ranking officials used their official blogs to press for residents to embrace the jabs, with Financial Secretary Paul Chan Mo-po saying the economy could only regain momentum when herd immunity was achieved.

Bringing the epidemic under control was the primary precondition to kick-starting the city’s economic recovery, Chan said, noting the city had reached a 17-year high jobless rate of 7.2 per cent in the past three months.

“The government will … put in its greatest effort to push the inoculation scheme to achieve herd immunity. This way we can create a stable environment for the economy to regain its momentum and continue to develop,” he wrote.

Chan also said he expected the global economy to start reviving as countries around the world launched their own mass vaccination programmes.

Chief Secretary Matthew Cheung Kin-chung, meanwhile, said the vaccine roll-out would help residents protect their own health as well as others. “I call on everyone to take part as soon as possible, without any hesitation,” he wrote.

As of Sunday, more than 462,000 doses of vaccine had been administered since the city began its mass inoculation campaign on February 26. Some 292,600 people had taken the first dose of the mainland-produced Sinovac vaccine, with about 12,000 of those also given their booster jab. About 151,300 people, meanwhile, had received their first dose of the BioNTech vaccine.

The city’s BioNTech vaccination roll-out was temporarily halted after faulty packaging was discovered, but was expected to resume this week after an investigation found no systemic errors that would require an extended suspension of the programme.

Fosun Pharma, the agent distributing BioNTech jabs in China, confirmed on Sunday that its ongoing investigation found the issue to be “solely related to vaccine primary packaging in combination with the shipping conditions”, adding it was evaluating the shipment of replacement vaccines.

Hui on Sunday said the current rate of vaccination, about 6 per cent of the 7.5 million people in the city, was “not ideal”, and revealed the government was considering ways to boost the scheme.

“The government is thinking about the kind of incentives to give people,” he told a television programme on Sunday, adding the city might need to open more centres to make up for lost time because of the temporary suspension of the BioNTech jabs.

Hui said visitation to elderly care homes and hospitals, currently suspended unless on compassionate grounds, could be made “more convenient” as an incentive to taking the Covid-19 vaccine.

Businesses such as restaurants and massage parlours where workers had taken the vaccine could also be spared from being shut for 14 days in instances where customers were found to be carriers. Instead, they could just be asked to undergo deep cleaning.

As for the long-awaited reopening of borders, Hui cited Israel’s planned vaccine passport scheme, which would allow people who had received two jabs to be exempted from hotel quarantine within six months of their shots, suggesting Hong Kong could reach a similar “travel-bubble” agreement with other countries.

Chief Executive Carrie Lam Cheng Yuet-ngor previously said that her administration was open to forging mutual-recognition arrangements with other jurisdictions for visitors who had received two doses of vaccine.

Commenting on the government’s Saturday report on the BioNTech packaging, Hui said he believed the incident was an “isolated” one, adding the damaged packaging could have been caused by fluctuations in air pressure during the long-haul transport.