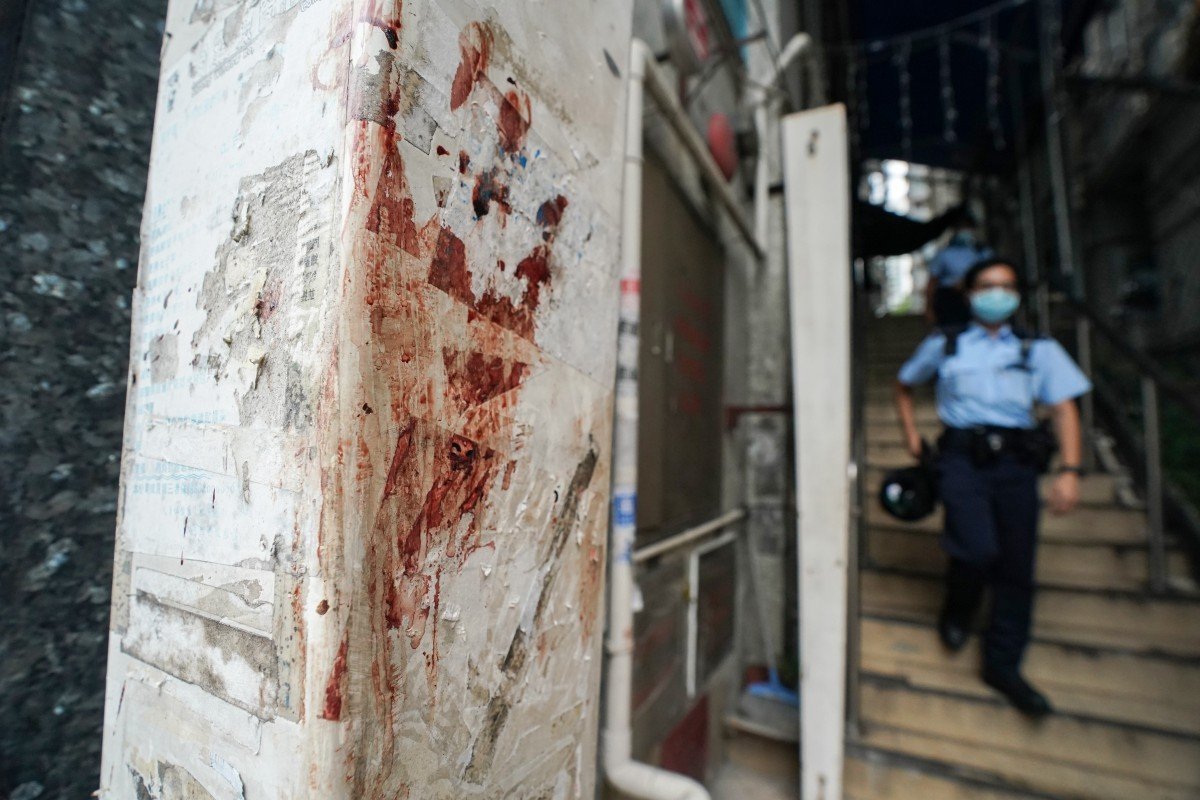 The fight, which left three other bar staff injured, erupted around 12.30am when members of the Wo Shing Wo triad refused to leave.

A dispute over the midnight closure of a Hong Kong pub under the city’s Covid-19 social-distancing regulations sparked a brawl between two triad gangs inside a Tsim Sha Tsui bar early on Monday, leaving one staff member dead and three others injured.

Police are hunting more than 20 suspected members of the 14K and Wo Shing Wo triads in connection with the fight, which took place inside the mezzanine-level pub on Austin Road at around 12.30am.

The bar, allegedly controlled by a 14K-associated gang, is located inside a commercial building just 300 metres away from Tsim Sha Tsui Police Station. 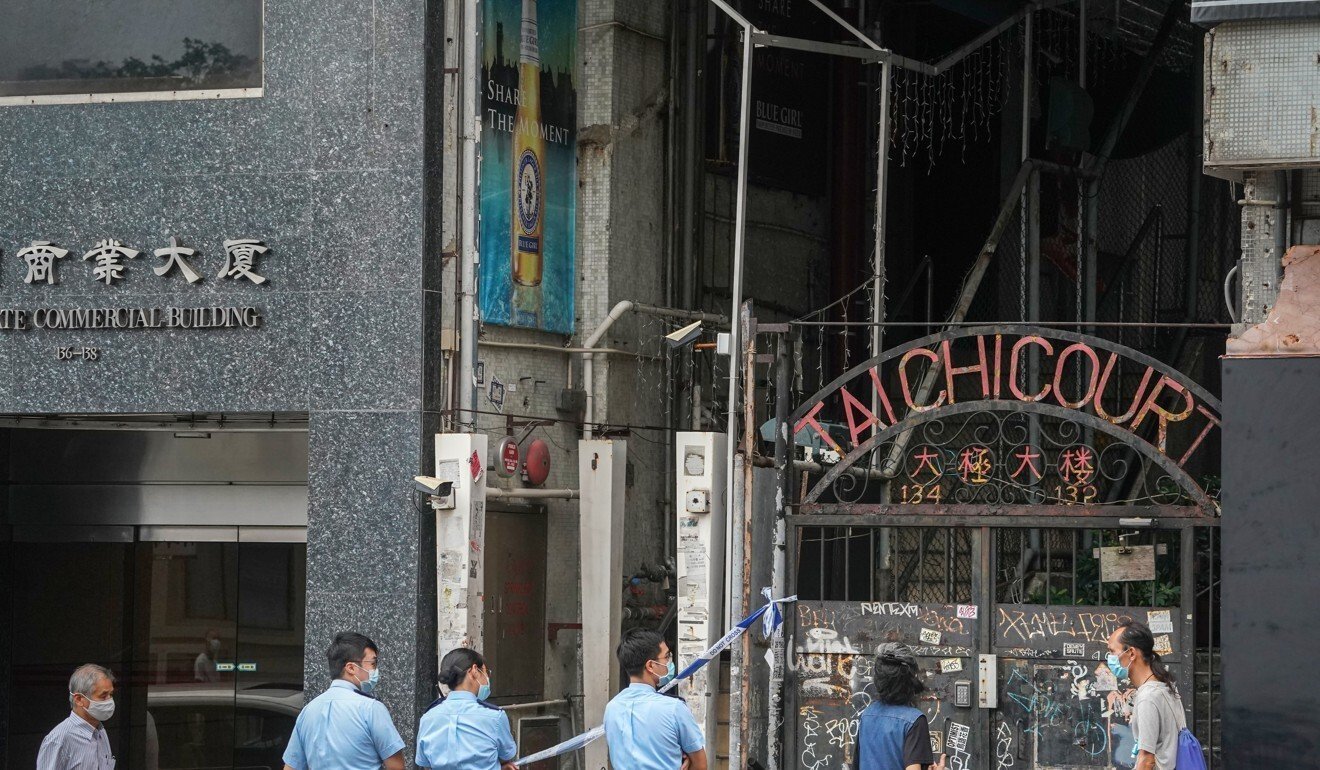 Police cordon off the area outside a building where a brawl erupted between triad members.

A dispute ensued when staff asked more than 10 customers to leave, only for patrons occupying one of the rooms to refuse. Under the city’s social-distancing rules, all pubs and entertainment venues must be shut by midnight. There were five employees working at the time of the incident.

A police source said the customers were suspected members of the Wo Shing Wo triad and some had worked as bouncers at the pub when it was still run by their faction.

The source said the dispute initially appeared to have been settled, but reinforcements from the two gangs were called in.

Superintendent Simon Cheung Pak-kit, assistant Yau Tsim Mong district commander, said the fight broke out after some members of the two parties bumped into one another, prompting the gangs to clash and use any makeshift weapons they could find to attack opponents.

“Four staff members were injured in the incident, and one of them was beaten unconscious after being struck in the head with glass bottles and a stool.”

He said the brawl then spilled onto the street as the two gangs chased each other.

Officers were called in when a passer-by saw the gangs fighting on Austin Road. Police arrived and scouted the area, but no arrests were made.

The four injured employees, including an unconscious man, 36, were found inside the pub and taken to Queen Elizabeth Hospital in Yau Ma Tei. The 36-year-old worker later died.

Senior Superintendent Tsang Chung-bun, head of the Kowloon West regional crime unit, said some of the suspects had been identified and would be tracked down.

Police appealed to witnesses or anyone with information to contact the Kowloon West regional crime unit at 3661 8251.

In the first half of this year, the force handled 748 reports of triad-related crimes, down 3.7 per cent from 777 cases in the same period last year.