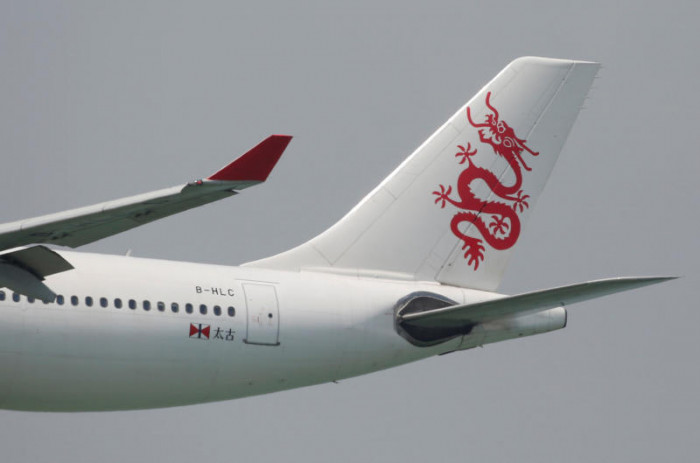 Hong Kong's aviation regulator has banned flights between the city and Kuala Lumpur for two weeks after five Cathay Dragon passengers transiting via Malaysia from India tested positive for the coronavirus.

The move, a month after Air India was hit with the same punishment, has shut off a key route for the thousands of Indian citizens still trying to return to Hong Kong after being stranded abroad for several months.

India has the second-most cases of Covid-19 in the world behind the United States, at 5.3 million and rising. In total, 30.5 million cases and 953,000 deaths had been reported worldwide as of Sunday.

A spokeswoman for Cathay Dragon said it was notified on Saturday night by health authorities in Hong Kong that five passengers on flight KA734 from Kuala Lumpur last Friday had the virus.

"As a result of the Civil Aviation Department directive, we will suspend our passenger services between Kuala Lumpur and Hong Kong until October 3," the airline said in a statement.

Affected passengers would be refunded or given alternative travel arrangements, the airline said.

The five passengers flew to Malaysia on an Air India Express service before connecting to Cathay Dragon. Authorities in Hong Kong, according to Cathay, said the affected passengers' documents complied with strict health rules.

As well as sending the affected aircraft for deep cleaning, Cathay said it was trying to trace people who were in close contact with the passengers on board.

Since July 25, the Hong Kong government has required travellers from high-risk countries - including India, Pakistan, the Philippines, Indonesia and the United States - to secure a negative Covid-19 test with certification and validation within 72 hours of departure. A hotel reservation for 14 days must also be presented as proof.

Among the requirements is a stipulation that testing must be undertaken at an accredited or government-approved facility. However, Hong Kong relies upon other governments to determine what a testing facility must do to be approved.

People have been left desperate, as flights from India to Hong Kong have been slow to be organised despite high demand.

Air India was also banned from flying to the city for two weeks in August after a dozen Covid-19 cases were detected.

When the ban took effect, the Hong Kong government advised people stranded in India to fly to the city via transit hubs such as Kuala Lumpur, despite the potential for increased exposure to the virus.

Imported cases from India have previously arrived in Hong Kong via Singapore, Doha and Kuala Lumpur.

Air India has a flight from Delhi to Hong Kong scheduled on Monday and expected to arrive on Tuesday.

Last week, Air India Express was banned by Dubai authorities for 15 days starting on September 18, after the airline's airport ground handling agents boarded two passengers who had tested positive for the virus. The ban was lifted after 24 hours.
Add Comment