Hong Kong education authorities have rejected survival plans proposed by two under-enrolled secondary schools, with one set to close its doors in 2026, while the other will operate with fewer subsidies in the coming academic year.

The two government-aided institutions - Caritas Chai Wan Marden Foundation Secondary School and Man Kiu College - each did not enrol the minimum number of students required for their Secondary One classes.

The two secondary schools are located in the Eastern district, which recorded an 8.2 per cent drop in its student population between 2020 and 2021, the highest decline reported among the city’s 18 districts.

A spokeswoman for the Education Bureau said on Monday the two plans submitted by the schools were not approved.

She added that one of the schools would cease operating Form One classes from the next academic year, but stopped short of saying which institution.

The Post has learned that Caritas Chai Wan Marden Foundation Secondary School will no longer run a Form One class starting from the next academic year.

The school’s sponsoring body, Caritas Hong Kong, said last November that it was exploring the possibility of running joint courses with the Caritas Institute of Community Education, a self-financing academic institute offering full-time higher diplomas in addition to other diverse learning programmes.

Lee Kim-wah, head of the Caritas Vocational Training and Education Services, said on Monday that the sponsoring body had decided to cease operating the school’s Form One class and would close the institution in September 2026 after the bureau chose not to approve the survival proposal.

The current Form Two students could still graduate in 2026, but those in Form One would be allocated to other schools, he said.

“We feel very sad as our school just celebrated its 43rd anniversary. We nurtured many students all these years and our alumni and teachers missed the school after we announced we are closing,” Lee said. 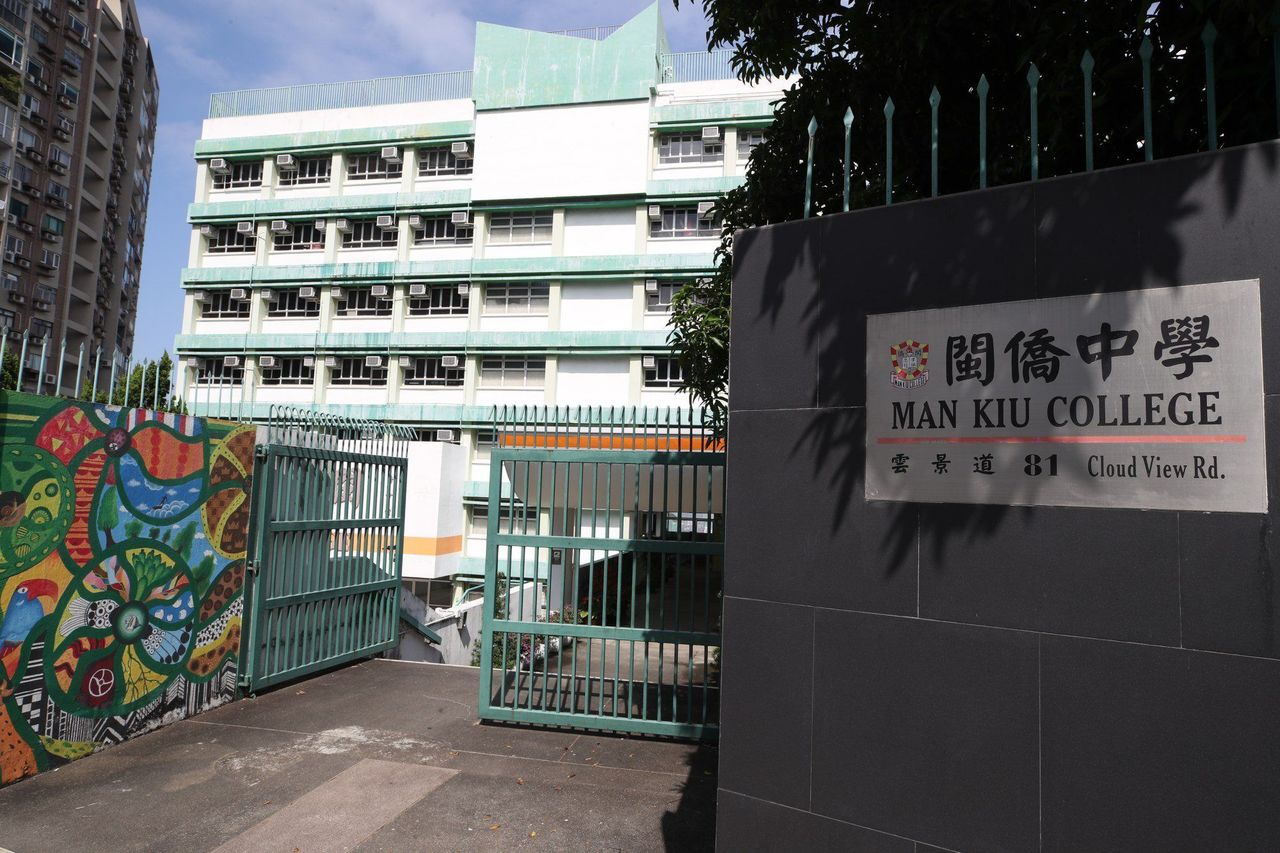 “We will try our best to enrol as many students as possible before the term starts,” he said.

The principal added that the school was planning to join the direct subsidy scheme during the 2024-25 academic year, but the plan would need the approval of the bureau.

In May, the school failed a voluntary special review by educational authorities to assess its management, teaching and student performance.

But Pang said the institution’s more experienced teachers had resigned after the school was deemed to be at risk of closure, adding senior educators had been replaced by newer and less qualified ones who had not performed well during the review.

The principal added that the school’s poor enrolment numbers were because of the city’s strict anti-epidemic measures, with Man Kiu College unable to use its strong links with mainland China to recruit prospective students there during the Covid-19 pandemic.

“But the bureau did not take it into account and it is very unfair to us,” he said.

Separately, Hong Kong’s shrinking student population has added to the workload of teachers, with one union complaining that some educators were being forced to promote their schools to help enrol more pupils.

According to the Hong Kong Education Workers Union, some institutions had even asked teachers to suspend their regular duties to focus on promoting their schools by distributing fliers or giving introductions to parents.

The union described the practice as “deviating from the education profession” and urged authorities to freeze the number of Form One classes, further implement the small class teaching and allow students from the Greater Bay Area to enrol in local schools.

Secretary for Education Christine Choi Yuk-lin had earlier dismissed the idea to freeze the number of Form One classes, arguing that the drop in the student population was a structural issue caused by Hong Kong’s falling birth rate.

She also ruled out the implementation of small-class teaching in secondary schools, saying it was shown to be less effective in primary schools compared with the standard approach.