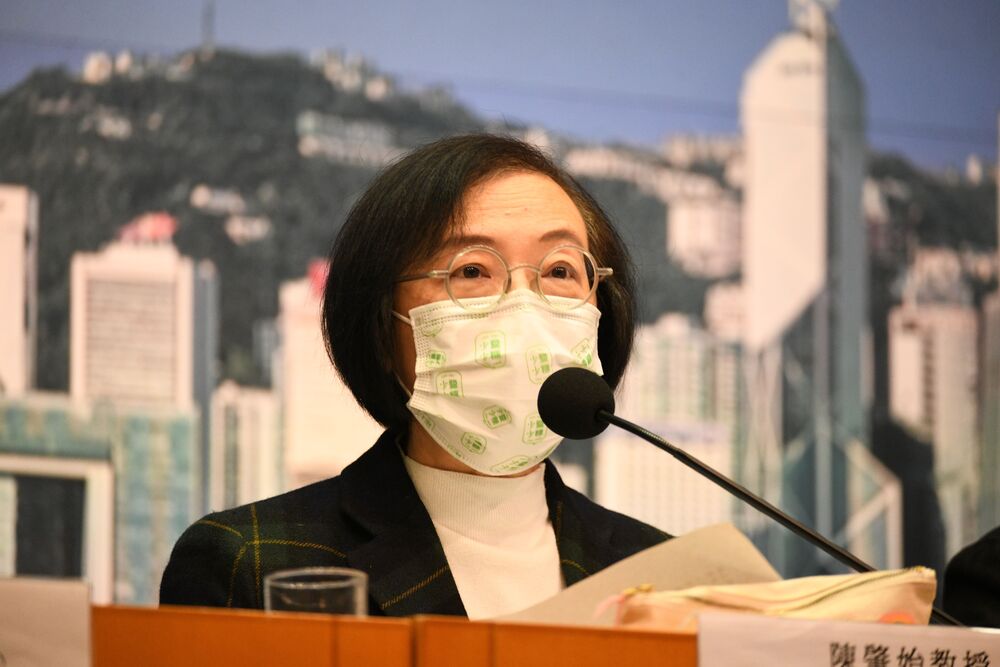 Hong Kong is at the "tipping point" of Covid-19 community outbreaks, said Secretary for Food and Health Sophia Chan Siu-chee as the number of diners infected at a Kowloon Tong restaurant grows to five.

Chan also previewed authorities will extend the "vaccine bubble" to all restaurants and regulated premises such as cinemas and gums to only allow citizens who have received at least one jab to enter before the Lunar New Year --- meaning February 1.

A 50-year-old housewife who on Monday visited Moon Palace, a restaurant in Festival Walk, Kowloon Tong, tested positive for N501Y and T478K mutant strains on Saturday -- making her the fourth confirmed case in connection to the cluster.

Sources said authorities will soon announce a fifth case in connection to the cluster, who is a 34-year-old wife of a diner confirmed with Covid-19 earlier.

Chan said the 50-year-old woman sat at another table quite far away from the aircrew, and that short-range airborne transmission could be at play.

She said the restaurant was very cooperative with epidemiological investigation and provided information of customers who paid with credit cards, adding authorities have got into contact with most of the diners.

But she warned that once the fifth wave breaks out, existing quarantine facilities may not be able to meet demand and authorities may have to introduce home quarantine in the future.

Government advisor Yuen Kwok-yung from the University of Hong Kong said ventilators at Moon Palace were installed on the ceiling and were unable to facilitate air change around dining tables. Because of that, there were only two air changes in the eatery per hour, compared to authorities' requirement of six.

Yuen also said Hong Kong could see a fifth wave anytime because of limited contact tracing measures. On the government's plan to extend the vaccine bubble, he said only 60 to 70 percent Hongkongers are vaccinated so far and he supported measures to boost the rate.

He added that requirements should be tightened further in the future, banning unvaccinated people to go to work places and schools.

He said the jabs cannot completely prevent Covid infections but are effective in lowering death rates.

Another government advisor David Hui Shu-cheong said authorities need not tighten social distancing measures for now, but will have to do so if more than one cluster has emerged.
#covid 19  #vaccine  #covid
Add Comment