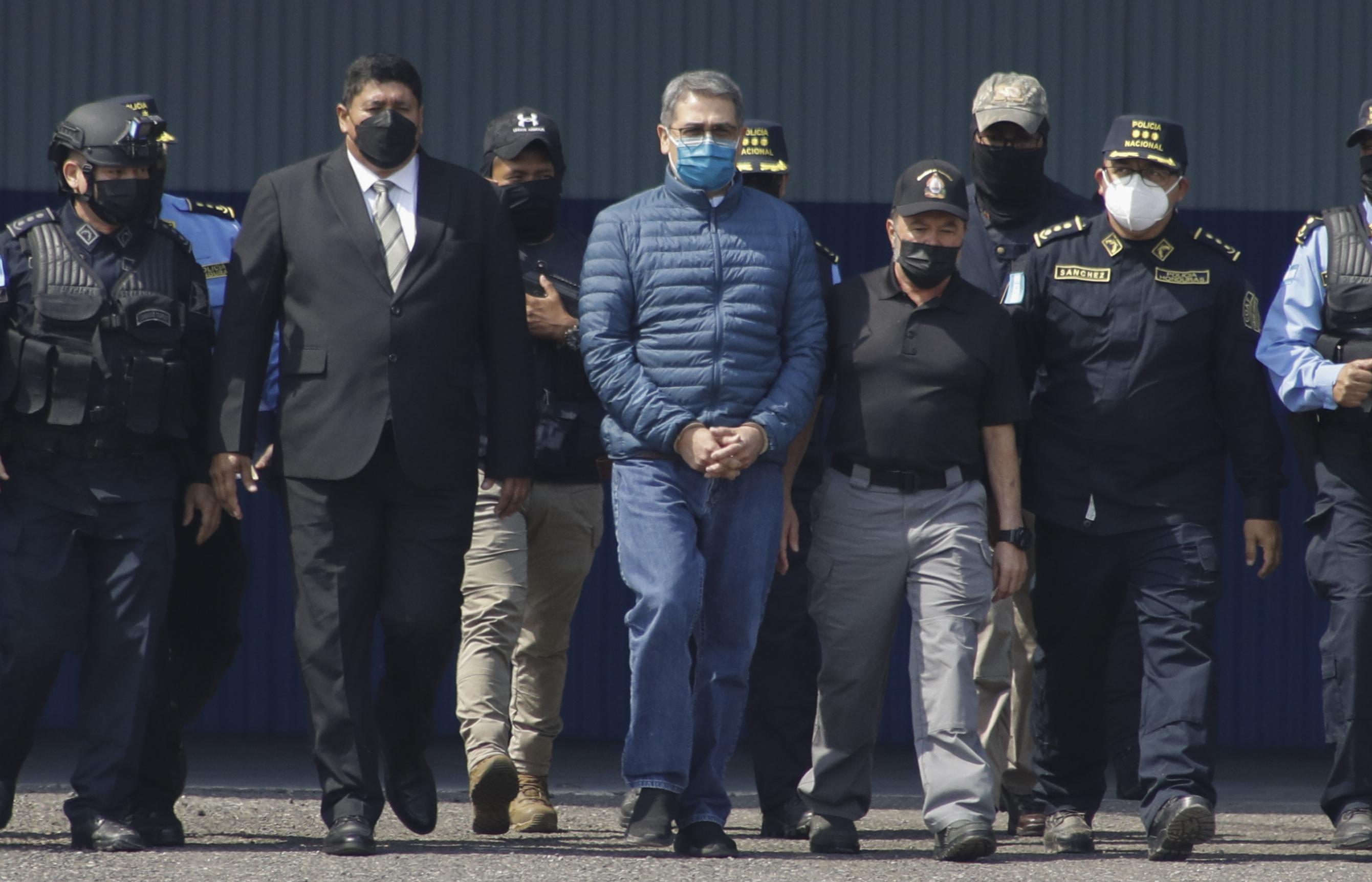 Former Honduran President Juan Orlando Hernández made a virtual appearance Friday in federal court in New York to face drug trafficking and weapons charges after he was arrested in Honduras and extradited overnight to the United States.

Hernández, who has denied any wrongdoing, was not required to enter a plea at the 12-minute initial hearing before Magistrate Judge Stewart D. Aaron in Manhattan. A plea will occur at his next hearing on May 10 before Judge P. Kevin Castel, who would preside over a trial if it were to occur.

His lawyer, Raymond Colon, said he agreed “at least for the moment” to let Hernández remain behind bars rather than attempt to convince a judge to set bail.

During Friday’s hearing, a relaxed-looking Hernández, wearing a blue jacket with a button-down shirt beneath it, sat in a chair as he listened to the judge and lawyers through a black corded phone he held to his ear, letting Aaron know he could hear and understand the proceeding.

“Yes, your honor, I am listening to you through an interpreter,” said Hernández, who could be seen taking several sips from a can of Coke before the hearing started.

As Aaron read him his rights, Hernández nodded. The magistrate judge then read a brief description of the charges he faced, telling him he was alleged to have received millions of dollars between 2004 and 2022 for his role in a drug trade that brought hundreds of thousands of kilos of drugs to the United States.

U.S. Attorney General Merrick Garland has accused Hernández of abusing his position as president of Honduras “to operate the country as a narco-state.”

Hernández was arrested at his home in Tegucigalpa in February at the request of U.S. authorities. Honduras’ Supreme Court rejected his appeal of a judge’s decision favoring extradition.

His court appearance Friday in New York was virtual because of COVID-19 protocols, authorities said.

Hernández has denied any wrongdoing. In a video message released Thursday, he said, “I am innocent; I have been and I am being unjustly subjected to prosecution.”
#covid 19  #covid
Add Comment