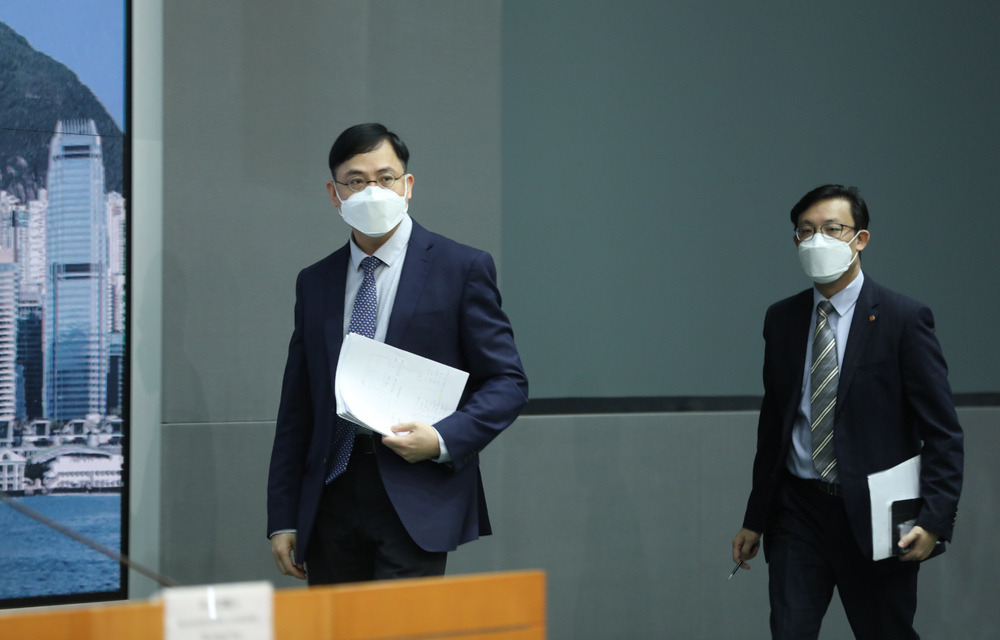 Hong Kong reported 324 new Covid-19 cases and added 11 related deaths on Friday as health authorities defended the “hold and test” procedure at the airport and highlighted the importance of preventing the importation of cases.

Among the new cases, 144 were confirmed via PCR tests, and 180 were positive rapid antigen test results reported by citizens. The overall tally of the fifth wave of the pandemic outbreak has now exceeded 1.19 million.

The Centre for Health Protection’s principal medical and health officer Albert Au Ka-wing also reported 29 imported cases, including 11 detected at the airport. The others were found at the designated quarantine hotels.

Au noted that about 60 to 70 percent of imported cases are detected at the airport, and most of the remaining cases are revealed at quarantine hotels. Only a few patients find they have been infected after they finish quarantine and enter communities.

As of Friday, 2,300 schools have resumed classes. The center also received reports about 23 new infections -- including 15 students and eight teachers and staffers -- from two kindergartens, 14 primary schools, and seven secondary schools.

Two Covid-hit elderly homes reported new infections, including a resident and a staffer. Health authorities are now conducting an epidemiological investigation as some of the residents have been listed as close contacts and sent to isolation facilities.

Seven of the new deaths were logged in public hospitals, including three men and three women aged between 74 and 93 who passed away on Thursday. The other one was an 87-year-old woman who died on April 21.

The remaining four deaths involving two men and two women aged between 74 and 93 were reported by forensics, Lee said.

Public hospitals and treatment facilities are now housing 1,075 patients. Among them, two are in critical condition, and one is in serious condition. In the past 24 hours, 151 patients have recovered from Covid, and 105 of them have been discharged.