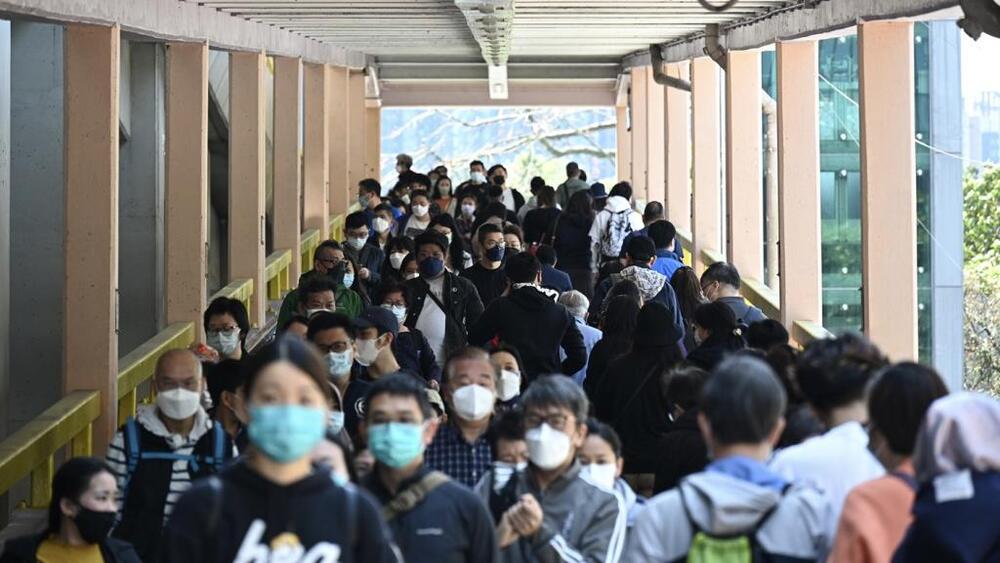 Among the new cases, 132 were confirmed via PCR tests, and 158 were positive rapid antigen test results reported by citizens.

The Centre for Health Protection's principal medical and health officer, Albert Au Ka-wing, also reported 21 imported cases, including 13 patients detected at the airport -- two on flight CX724 from Malaysia, three on CX288 from Germany, six on QR818 from Qatar, and two on SQ894 from Singapore.

The overall tally of the fifth wave of the pandemic outbreak now stands at 1,192,452, Au added.

He said according to the World Health Organization, Omicron BA.4 and BA.5 may have a greater transmission capacity, but further research was needed. Hong Kong has so far seen two cases of imported BA.5.

Over 2000 kindergartens and schools resumed classes on Tuesday, the authorities received 45 cases reported by schools, including 37 students and eight teachers from 42 schools.

Au said the schools had been on an extended holiday and reported the rapid test results in one go today, so the overall number was higher.

He said 18 of the cases tested positive today, and the number was within the center's expectations. He added that 17 of the students had not attended school before, and no epidemiological connection was found between the cases.

Six of the new deaths were logged in public hospitals on Monday, including four men and a woman aged between 75 and 95. One was a resident of an elderly home, and all had vaccination records.

Another 86-year-old man passed away on Sunday and was reported late due to delayed results.

Lee said the authorities will resume the special visiting arrangement for 26 hospitals starting from Friday, under which each patient could have one registered visitor, who will be allowed to visit once or twice a week for no more than one hour per visit.

The HA will gradually extend the arrangement to other wards according to the development of the pandemic.

Lee reported that public hospitals and treatment facilities are now housing 1,250 patients. Among them, two are in critical condition, one is in serious condition, and seven have been admitted to hospitals' intensive care units.

In the past 24 hours, 96 patients have recovered from Covid, and 42 of them have been discharged.
#covid 19  #covid
Add Comment