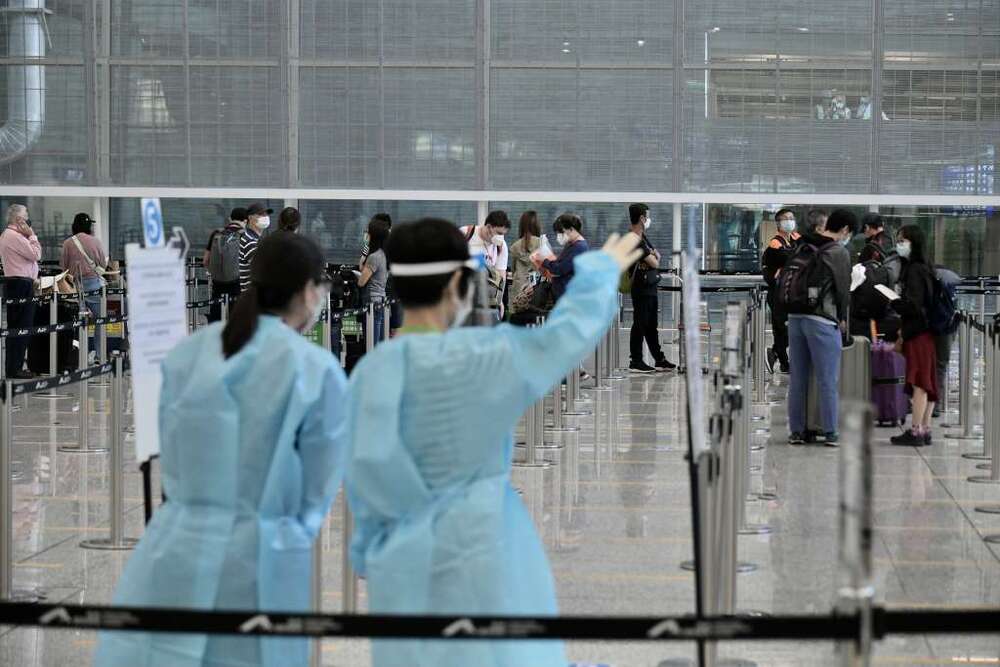 The newly reported cases were imported from places including the Philippines, Singapore, Australia, the Netherlands, France, the US, Canada and Nepal.

They involved four men and 13 women, aged 20 to 54. Two of them had received the booster jab, while two had received only one dose of Covid-19 vaccine. The rest were all fully vaccinated. Five patients developed symptoms.

Among them eight are foreign domestic helper from the Philippines, arriving between December 28 and 30, 2021.

One of the patients is the 30-year-old female ground crew member at the airport, who has been listed as an import-related case. Block 2, Grandeur Terrace in Tin Shui Wai, where she lives at, was locked down Friday night and no resident there tested positive.

The Centre for Health Protection also detected eight more Omicron cases, involving eight men aged 16 to 76. Four tested positive at the airport, three at quarantine facilities and one at a public hospital.