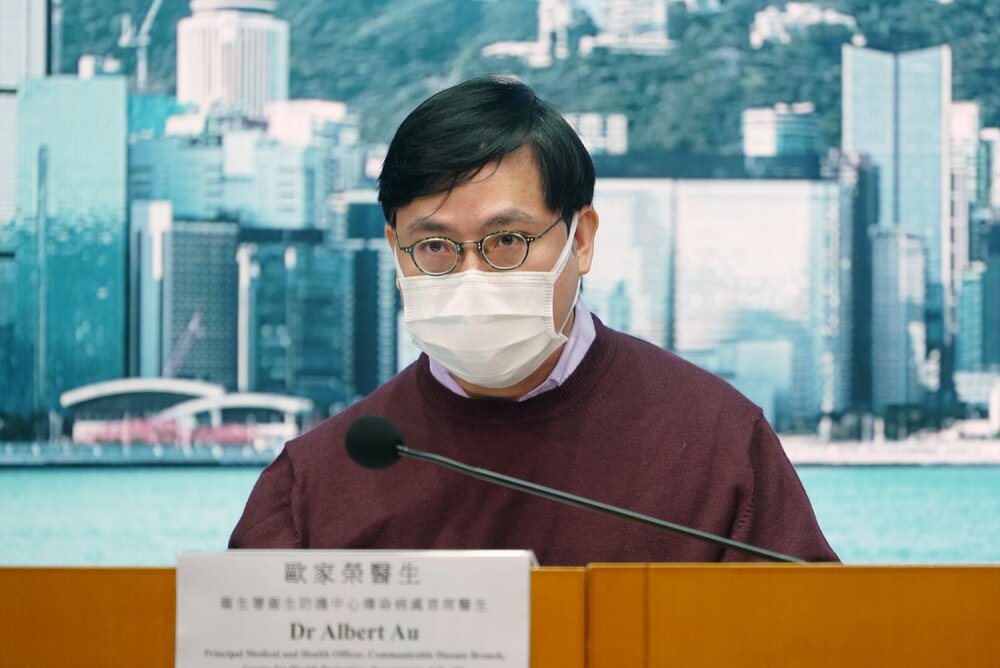 Hong Kong has recorded 13 new confirmed Covid-19 cases - 12 local and one imported – bringing the tally to 10,834 cases, according to the Centre for Health Protection.

Among the 13 patients were five men and eight women, aged between 14 to 50 years.

The Centre for Health Protection said of the local cases today, four of them were linked to previous local infections and the other eight with untraceable sources.

Dr Albert Au Ka-wing, principal medical and health officer of the Department of Health, said one of the patient with unknown infection source is a 41-year-old woman from the Ma Tau Kok Immigration Detention Centre.

The woman was said to have entered Hong Kong illegally from Vietnam in September last year, she was caught on February 2 and remanded at the center on February 5. The woman was tested positive for Covid 12 days later.

The other seven patients with unknown source infection sources live in Sun Wo House of Tai Wo Estate in Tai Po, On Kin House of On Tin Estate in Lam Tin, Leun Wo Apartments in North Point, Rex Building in Sai Ying Pun, Yee On Centre in Kwun Tong, Block 5 of Kent Court in Kowloon Tong, and Sung Oi Building of Shung Tze Houses in Hung Hom.
#covid 19  #covid
Add Comment