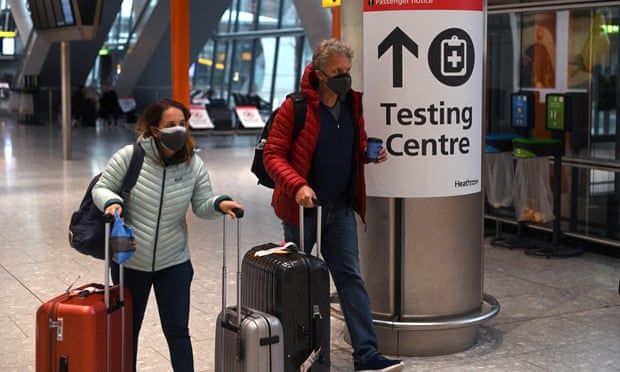 Heathrow boss: UK is ‘too cautious’ on international travel

The chief executive of Heathrow airport has accused the government of being “too cautious” over international travel, which could result in the loss of the important summer season for travel companies.

The aviation industry is frustrated by the lack of detail from the government about the expected restart of foreign trips on 17 May using a traffic light system.

It is calling for passengers travelling to and from countries with a “green” status – allowing UK citizens to visit and return without quarantine – to be able to do so without the need for Covid-19 tests before they travelor when they arrive.

John Holland-Kaye, the boss of Heathrow airport, said: “There is a genuine risk that the government is too cautious and we don’t see any material travel until after summer, and that of course would be too late for many of those UK travel companies which rely upon the summer holiday. It is the only time they make money.” 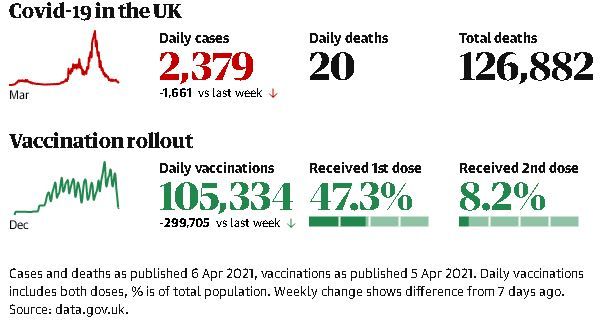 In an unusual joint initiative with Sean Doyle, the chief executive of British Airways Shai Weiss, the boss of Virgin Atlantic, Holland-Kaye said the aviation industry wanted “clarity about which countries we can fly to as soon as possible so we can start to get all of our facilities, planes and people ready and people can start to book tickets.”

He added: “We need some warning. If we only get the information about what is going to open up in the middle of May or later, it will start to get too late to get people on their holidays this summer.”

Separately the chief executive of budget airline easyJet also warned it would be too expensive for many travellers if they are required to take two Covid tests, before departure and after arrival home from a trip.

The tests could potentially cost up to £200 each, which Johan Lundgren saidd could exceed the price of a standard easyJet ticket. “You wouldn’t open up international travel for everyone, but only those who can afford it,” Lundgren said in an interview with BBC Radio 4’s Today programme. 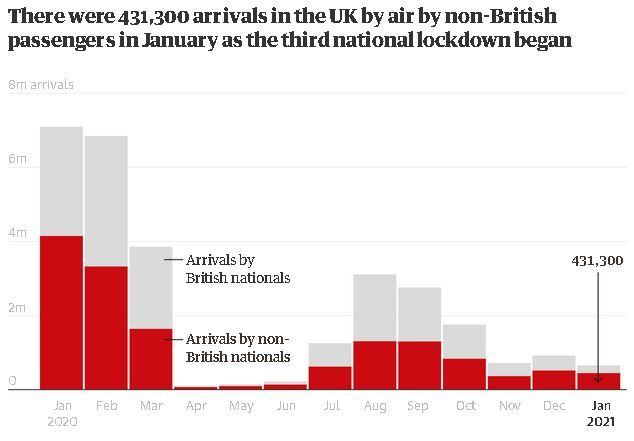 Boris Johnson, asked about Lundgren’s concerns on Sky News, said his government would see what it could do to make testing of international travellers “as flexible and as affordable as possible”.

Johnson said: “I know how impatient people are to book their holidays if they possibly can. But we just have to be prudent at this stage.’”

Shai Weiss, the chief executive of Virgin Atlantic, said: “We can’t have a prohibitively expensive testing system, that puts businesses, people and families off travelling.”

He insisted that vaccinated passengers flying to amber destinations should also not face testing or quarantine.

BA’s chief executive, Sean Doyle, urged the government to work on bilateral agreements with countries such as the US and Israel which also have successful coronavirus vaccination programmes, “so we don’t waste the opportunity of having had an incredibly successful vaccine rollout”.

Airlines have been trialling various systems for certifying documents which provide passengers’ Covid status, including the travel pass initiative from the International Air Transport Association.

Industry executives said a digital health pass would facilitate travel, but they emphasised that any introduction of health passports for travel would need to be decided bilaterally between the UK and overseas governments.