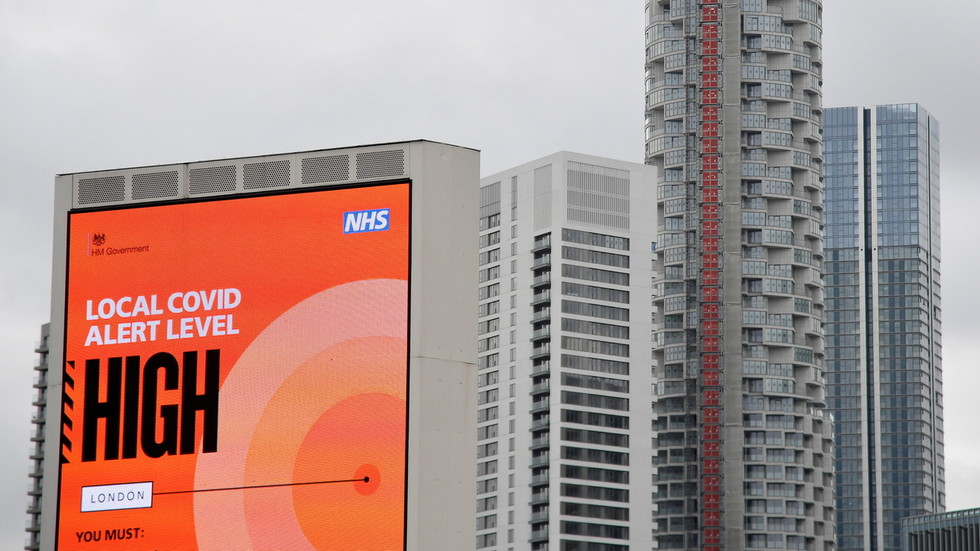 Britain’s leading epidemiologist, Neil Ferguson, has warned that “in a month’s time,” the country may be hit much harder by the pandemic than during its peak level in March, unless the surge in infections is stopped.

“We now have 8,000 people in hospital with Covid. That is about a third of the level we were at the peak of the pandemic in March,” the epidemiologist stressed, warning that, if the trend continues, “in a month’s time, we will be above that peak level in March and that is probably unsustainable.”

The scientist said “we’ll have to wait another week or two” to see if the recently reimposed restrictions have been effective against the spread of the virus.

During the early stages of the pandemic, Ferguson’s team developed the much-discussed mathematical model projecting that more than 500,000 people in the UK could die if the government took no action.

The model was later criticized by some think tanks and in the media as “flawed.” Ferguson told Radio 4 in September that he “completely” stood by his original projection, however, and that, “if anything, it might have been an underestimate.”

The government unveiled a three-tier system of local lockdowns earlier this month, but stopped short of bringing back the strict nationwide lockdown imposed by Prime Minister Boris Johnson in March, when the UK was first hit by the outbreak.

The Greater Manchester area was moved to Tier 3, also known as the ‘Very High Alert’ level, on Friday, joining Liverpool and Lancashire. The alert level in South Yorkshire has been upgraded to Tier 3 from Saturday. Greg Snell, the top health official in the region’s capital, Sheffield, told BBC that the new restrictions will likely last “more than a few weeks” because the Covid-19 “numbers are quite high, and they are going up.”

A total of 20,530 new cases were reported in the UK on Friday, which marked the fourth day in a row when that number has shot past 20,000.

Overall, 44,571 people have died from Covid-19 across the country since the start of the outbreak, media sources have reported, citing government data.
Add Comment