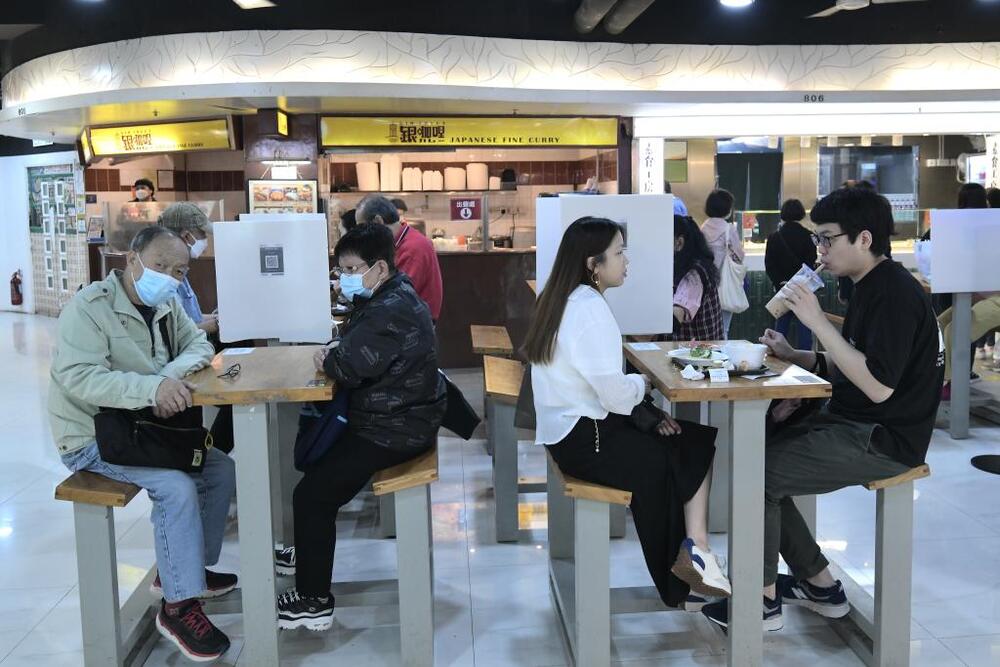 The actual number of Covid-19 infected citizens has exceeded 4 million so it is believed that the community immune barrier has been built, infectious disease expert Ivan Hung Fan-ngai said, as he called on the government to further relax social distancing measures in two weeks.

Starting last Thursday, restaurants were able to stay open for dining-in services until 10pm and the cap of customers per table was raised to four. Gyms, museums and cinemas can re-open, while bars will stay shut.

As the authorities said earlier, dine-in at restaurants will be further extended to midnight in the second phase for the relaxation of restrictions in a month, with eight diners allowed per table.

Swimming pools and beaches will be reopened. Citizens will be exempted from wearing masks during outdoor exercises by then, while bars and pubs will also reopen.

Speaking on a TV program, Hung said an estimated four million people in Hong Kong have been infected during the fifth local wave of the pandemic and have a high level of antibodies. It was believed that the city has developed an immune barrier.

He said if the number of confirmed cases remains low and continues to decrease by 50 per day, it is expected to dip below 100 in two to three weeks and authorities could consider commencing with the second phase of relaxed social distance measures earlier.

But he stressed that even if social distance measures can be relaxed earlier, citizens still need to receive the booster jab of a Covid vaccine to improve their overall antibodies level.

He said the current prevention policy should no longer focus on zero infections but on stable control, which is reducing serious illness and death toll.

He also said the cost-effectiveness of doing mass mandatory testing is extremely low at this moment. A mass test that cost a lot of manpower and resources could only bring a few days of zero infection as the Omicron variant is highly transmissible.
#covid 19  #vaccine  #covid
Add Comment