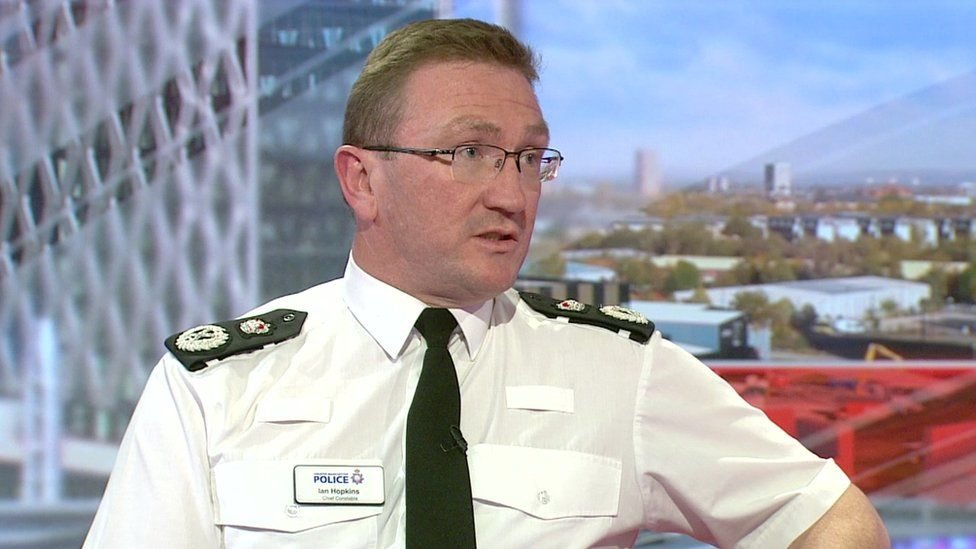 Greater Manchester Police's chief constable has stood down after the force was placed into special measures.

The force was put into an "advanced phase" of monitoring on Thursday after inspectors found it had failed to record 80,000 crimes in a year.

Ian Hopkins said he would step down with immediate effect.

Home Secretary Priti Patel accused the region's mayor Andy Burnham of throwing the officer "under the bus to save his own skin".

Her Majesty's Inspectorate of Constabulary and Fire and Rescue Services (HMICFRS) said it was left "deeply troubled" over how cases handled by GMP were closed without proper investigation.

In a letter to the chief constable and Mr Burnham last week, Ms Patel said the report "paints a worrying picture" and she was "deeply concerned".

But Mr Burnham accused her of failing to give "a fair and balanced picture" of GMP.

She said crimes like stalking and coercive control were "profoundly traumatising" and victims needed "not only the support of police to get orders restraining the perpetrator and to take them to court, but they also need to be safeguarded and referred to appropriate victim's services".

She added that "none of that was happening" and vulnerable people had "simply been deserted". 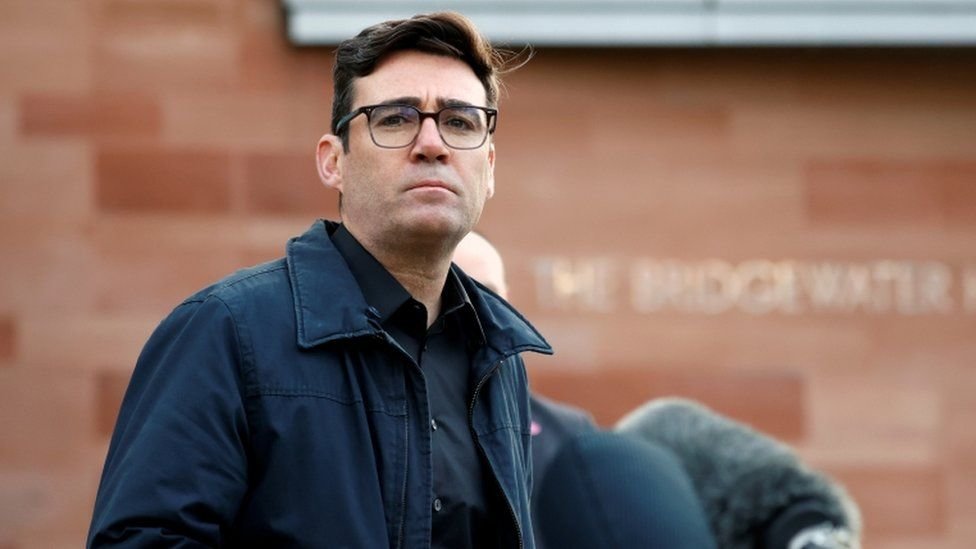 In a statement, Mr Hopkins, who had been on sick leave, said these were "challenging times" for GMP and he believed a chief constable should oversee the force's "long-term strategic plan" to address the issues raised from "start to finish".

Mr Hopkins revealed on Wednesday he had been suffering from labyrinthitis - an inner-ear infection which affects balance - since the end of October.

The news of the chief constable standing down had barely broken when reporters phones started buzzing with a message from Home Secretary Priti Patel's party political spokesman.

"It's no surprise that the Labour mayor of Manchester Andy Burnham has thrown a senior police officer under the bus to save his own skin," the message said.

Last week, the MP wrote a blistering letter to Mr Burnham about GMP's performance, saying she was "deeply concerned".

Her spokesman then sent the letter to journalists saying "this is exactly what happens when Labour are in power - people are let down by them".

This political tension between populist heavyweights could possibly bring about better policing for the people of Manchester, but it seems more likely that they will lose out as the parties battle over who is responsible for the miserable performance of the force, instead of working together to improve things.

Mr Hopkins said given his ill health, he would bring his retirement, which he was due to take in autumn 2021, forward.

He has been chief constable of GMP since October 2015, leading a force of almost 7,000 officers.

"Throughout my career, I have been committed to achieving the best outcomes for the people I serve [and] the decision to stand down is not one I have taken lightly, but I feel the time is right," he said.

Conservative MP for Bolton West Chris Green earlier called for Mr Burnham, who oversees policing in the region, to step down over the HMICFRS findings.

The Labour mayor said while he had "a regard" for Mr Hopkins, "now is the time for new leadership and a new era in our police force".

"At the end of the day, it's public confidence in Greater Manchester Police that matters," he said.

He said Mr Hopkins had led the force during "one of the most difficult periods in its history" and had dealt with budget cuts and "complex threats", such as the Manchester Arena terror attack, but GMP had not made the progress needed "in other important areas".

Mr Burnham, who has responsibilities around the force's governance and budgets, said he "did not run GMP on a day-to-day basis" and his job was to hold it to account.

"At times, this essential task has been made too difficult by an overly defensive culture within GMP," he said.

"This needs to change if GMP is to develop the open learning culture that will allow the failures identified to be properly addressed."

Stu Berry, the chairman of Greater Manchester Police Federation, said the issues that had been reported about the force's failures "should not - and must not - detract from the efforts of our hard working officers".

He added that it had been "an extremely busy, difficult and demanding year for Greater Manchester Police and our members have worked tremendously hard to keep our communities safe during this extraordinary Covid pandemic".