City’s newest airline will begin operations with a twice weekly service to the Thai capital.

Hong Kong’s Greater Bay Airlines is to launch its first scheduled commercial flight on Saturday, offering a twice weekly service to Bangkok, as it competes for customers with the city’s flagship carrier Cathay Pacific.

The newcomer will begin service with two commercial flights between Hong Kong and Bangkok, its first and only destination, on Saturday, with the outbound flight leaving for the Thai capital city at 10.30am. The inbound flight is expected to arrive in Hong Kong at 5.10pm on the same day.

“We are very happy to launch our first flight, as we hope to see planes in the air as an airline company. However, there have been a multitude of external factors we could not control along the way, and we will try our best to cooperate with the government’s pandemic measures,” Jodie Lai, head of marketing and customer experience at Greater Bay Airlines, told the Post. 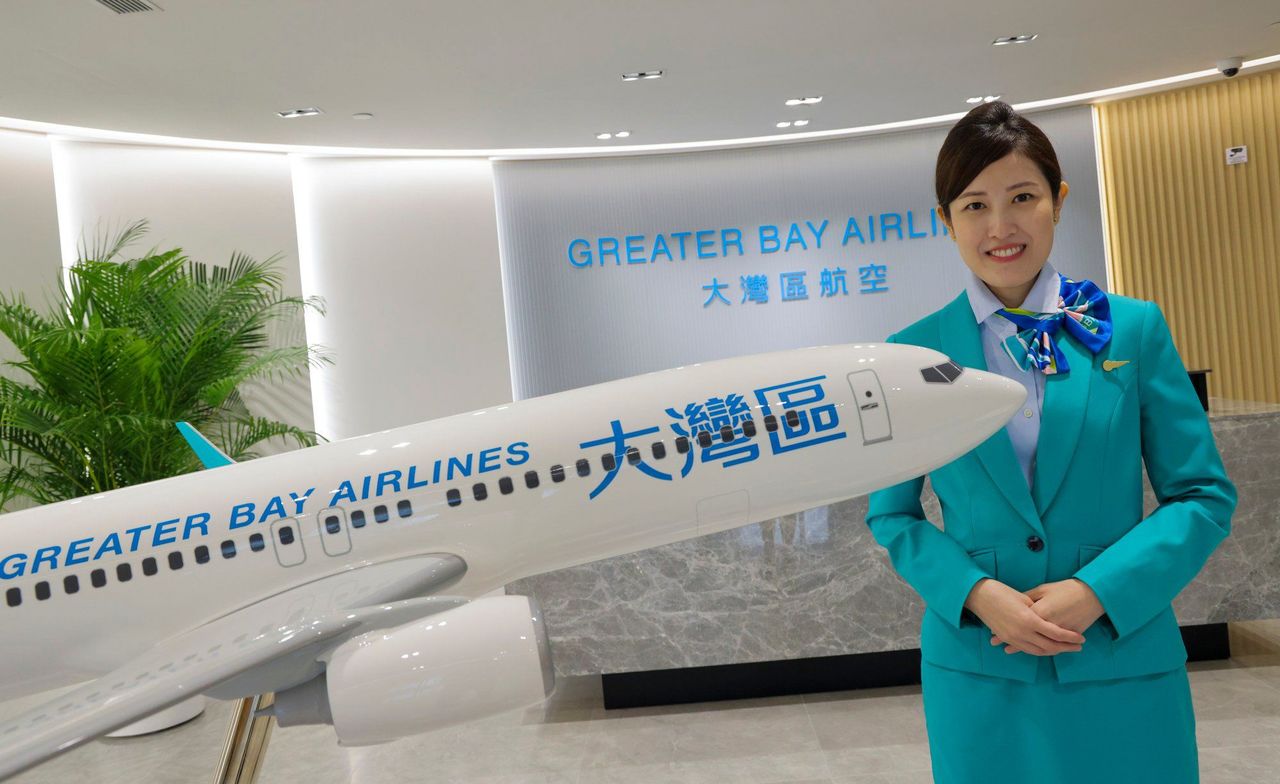 Joey Lee, crew member of Greater Bay Airlines. The airline is getting ready for its first commercial flight to Bangkok.

The airline, which has hoped to exploit an opening left by the closure of regional carrier Cathay Dragon, a subsidiary of the Cathay group, has the financial backing of tycoon Bill Wong Cho-bau, the man behind Shenzhen-based Donghai Airlines. He has pledged to invest HK$2 billion (US$258 million) in the carrier. But the company has faced multiple challenges, from licensing issues to expansion constraints because of the Covid-19 pandemic.

Fares for the Greater Bay Airlines’ outbound flight on Saturday cost HK$1,363 (US$173.64) from Wing On Travel, one of the few agencies that sold GBA tickets. The price would be slightly cheaper than an afternoon outbound flight from Thai Airways on the same day, which went for HK$1,389. However, the GBA’s seats were nearly half the price of Cathay Pacific’s only flight to Bangkok on the same day, which stood at HK$2,603.

The new airline offered even lower fares for its flights in the coming weeks, the cheapest option stood at HK$957 (US$121.92) for a one-way ticket. A direct flight to Bangkok on August 6 would cost HK$2,206 from Cathay Pacific and HK$1,551 from Thai Airways

Initially hoping to launch its first flight last October, the airline had to reshuffle its plans as it had difficulty obtaining its air operating certificate in time.

In February, the company obtained a five-year permit to operate scheduled commercial flights on 104 routes, covering destinations from mainland China to regional holiday hotspots like Taiwan, Japan, South Korea and other regional destinations.

In May, the company was awarded designated status from the government to open negotiations with foreign countries.

Lai told the Post that the airline was still applying for operation permits at their regional destinations and it would update the public when progress was made.

The carrier’s plan to launch faced another hurdle as the company had to reprioritise expansion plans for the mainland because of prolonged border control measures.

The airline will develop routes to Bangkok, then Kuala Lumpur in Malaysia, Japan and Korea, before returning to the mainland.

Greater Bay Airlines’ fleet will be made up of three Boeing 737 planes for this year. Both the Saturday Bangkok flights will operate on Boeing 737-800 aircraft, which Wong’s other carrier, Donghai Airlines, has also bought.