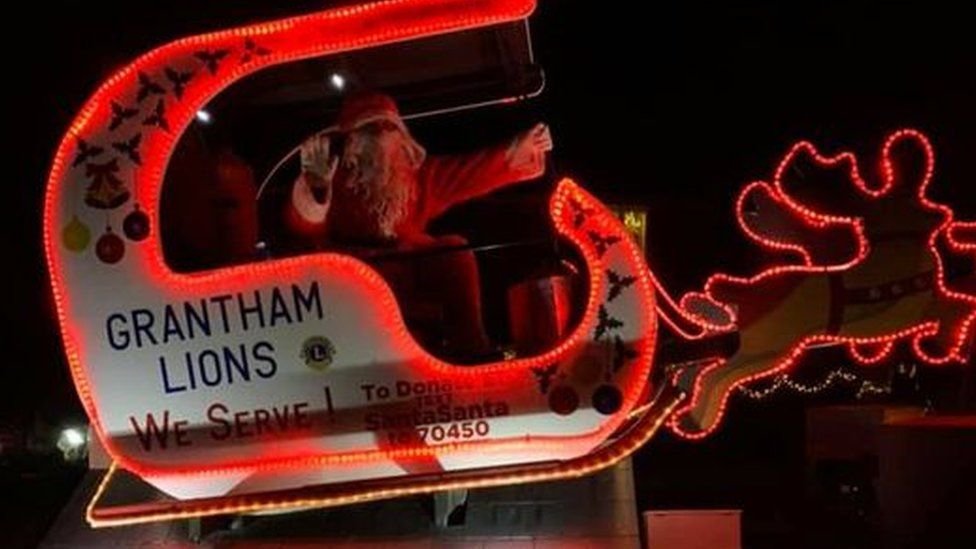 Santa and his helpers had to make a quick getaway after being "pelted with stones" while collecting for a charity in Grantham.

The man in red was lending his support to the local Lions charity on Thursday night when he came under attack.

Santa was half way down Goodliffe Road when a small group started throwing stones at him, according to Lions vice-president Jerry Levick.

"One hit Santa, but luckily he is OK," Mr Levick said.

When Santa and his volunteers came under attack, they took the decision to leave the area to ensure everyone's safety, he added.

Mr Levick said the charity's volunteers had been on the road for two weeks prior to the incident and had "pulled out all the stops" to get Santa out and about this year due to Covid restrictions.

"What made it even more disappointing was they had to leave before a large crowd who had gathered had a chance to see Santa. It was a shame," he added.

This incident comes after the organisers of an annual charity event in East Yorkshire said they were verbally abused by "keyboard warriors".

Bridlington Roundtable said members were sworn at and received negative messages after the charity announced it would not be able to hand out sweets to children due to coronavirus restrictions.
#covid