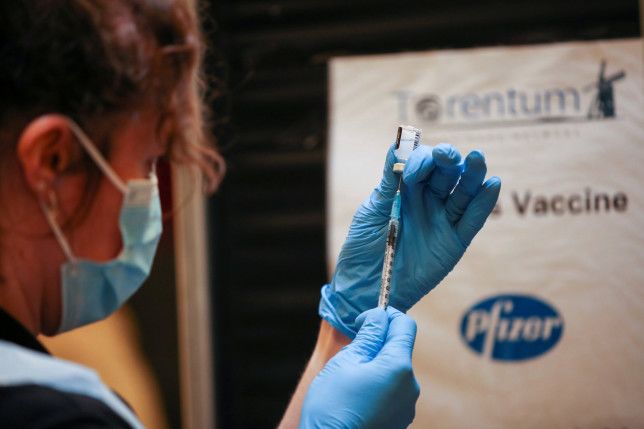 Claims by a leading NHS doctor that the UK is running ‘very low’ on Pfizer vaccines have been rebuffed by the Government.

Dame Clare Gerada also claimed the vaccine is being offered to people three weeks after their first jab – against Government advice for an eight-week wait.

It received regulatory approval in December on a minimum gap of three weeks and ‘hundreds’ of GPs are following this guidance with their patients, according to reports.

The UK government originally settled on recommending a 12-week gap between Pfizer-BioNTech jabs to allow more people to get a first jab.

Last month, the gap between appointments was cut to eight weeks as the NHS strives to double jab all adults by mid-September.

Dame Clare, co-chair of the NHS Assembly, made her comments on the BBC Radio 4 Today show on Tuesday.

It was put to her that ‘a lot of GPs have chosen to offer a shorter time difference [between doses] and that’s causing quite a lot of confusion’. 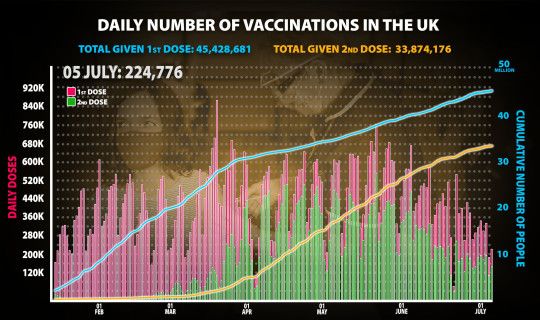 She replied: ‘We are offering the Pfizer one at three weeks [after someone’s first jab].

‘At the moment, we’ve mainly got the AstraZeneca vaccine and very few Pfizer.

A spokesperson for the Department of Health and Social Care denied the statement.

They told Metro.co.uk: ‘There are no shortages of vaccines and our vaccination programme is making phenomenal progress with more than 4 in 5 people in the UK receiving their first dose.

‘We have reduced the dose interval for the under 40s from 12 weeks to 8 weeks to ensure every adult has the chance to have two doses by mid-September. 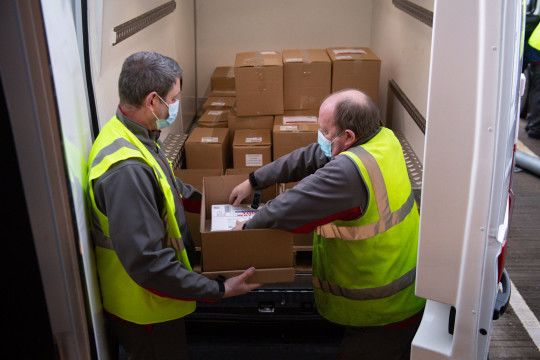 ‘We are on track to offer every adult a first dose and two-thirds of adults a second dose by the 19th July.’

People in their 20s and 30s aren’t being offered the AstraZeneca jab amid concerns there is a small chance of young people developing an extremely rare blood clot.

Speaking alongside Dame Clare, Professor Peter Openshaw of Imperial College London was asked if it’s better for people to bring forward their second Covid jab or stick to the 12-week gap.

He said: ‘That’s a really interesting one. I’m terms of how the vaccines work… there is what you might call a sour point … where if you administer the second dose between six and seven weeks, you might actually have a much less effective boost than if you wait for eight weeks or more.

‘So eight weeks is the minimum and 12 weeks was a very sensible choice because of that effect of your immune system needing to go into a resting state before you give it a second boost.’