German leader noted that Beijing was veering back to a “Marxist-Leninist” political path.

Berlin must change the way it deals with China as the country lurches back toward a more openly "Marxist-Leninist" political trajectory, German Chancellor Olaf Scholz wrote in an op-ed on Thursday.

In his article for POLITICO and the German newspaper Frankfurter Allgemeine Zeitung, Scholz defended his trip to China on Thursday but stressed that German companies would need to take steps to reduce "risky dependencies" in industrial supply chains, particularly in terms of "cutting-edge technologies." Scholz noted that President Xi Jinping was deliberately pursuing a political strategy of making international companies reliant on China.

"The outcome of the Communist Party Congress that has just ended is unambiguous: Avowals of Marxism-Leninism take up a much broader space than in the conclusions of previous congresses ... As China changes, the way that we deal with China must change, too," Scholz wrote.

Germany has faced withering criticism for pressuring Europe into a strategically disastrous dependence on Russian gas over recent years, and Berlin is now having to hit back against suggestions that it is making exactly the same mistakes by depending on China as a manufacturing base and commercial partner.

While Scholz signaled a note of caution over China, he was far from suggesting that Germany was close to a major U-turn in its largely cozy relations with China. Indeed, he clearly echoed his predecessor Angela Merkel in insisting that the (unnamed but obviously identified) United States should not drag Germany into a new Cold War against Beijing.

"Germany of all countries, which had such a painful experience of division during the Cold War, has no interest in seeing new blocs emerge in the world," he wrote. "What this means with regard to China is that of course this country with its 1.4 billion inhabitants and its economic power will play a key role on the world stage in the future — as it has for long periods throughout history."

In a thinly veiled criticism of Washington's policies, Scholz said Beijing's rise did not justify "the calls by some to isolate China."

Crucially, he insisted that the goal was not to "decouple" — or break manufacturing ties — from China. He added, however, that he was taking "seriously" an assertion by President Xi that Beijing's goal was to “tighten international production chains’ dependence on China.”

Scholz is planning to fly to Beijing late on Thursday for a one-day trip to the Chinese capital on Friday, where he will be the first Western leader to meet Xi since his reappointment, and the first leader from the G7 group of leading economies to visit China since the outbreak of the coronavirus pandemic.

The chancellor also sought to counter criticism that his trip undermines a joint European approach to China. According to French officials, President Emmanuel Macron had proposed that he and Scholz should visit Xi together to demonstrate unity and show that Beijing cannot divide European countries by playing their economic interests off against each other — an initiative that the German leader rejected.

"German policy on China can only be successful when it is embedded in European policy on China," Scholz wrote. "In the run-up to my visit, we have therefore liaised closely with our European partners, including President Macron, and also with our transatlantic friends." 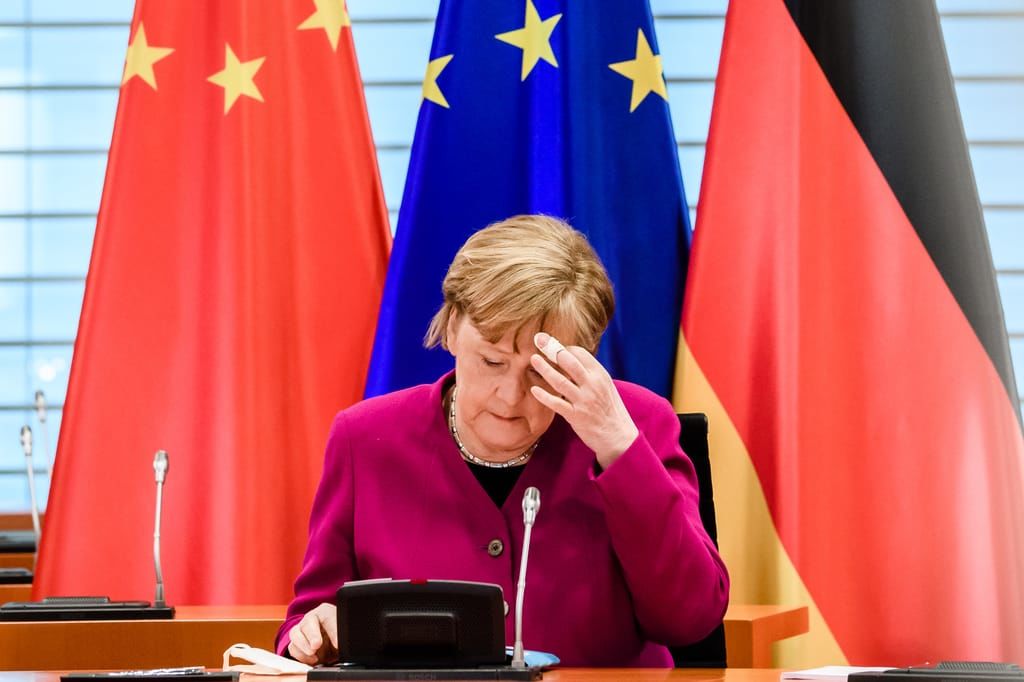 Scholz said he wanted Germany and the EU to cooperate with a rising China — including on the important issue of climate change — rather than trying to box it out.

At the same time, he warned Beijing that it should not pursue policies striving for "hegemonic Chinese dominance or even a Sinocentric world order."

Scholz also pushed China to stop its support for Russia's war against Ukraine and to take a more critical position toward Moscow: "As a permanent member of the [United Nations] Security Council, China bears a special responsibility," he wrote. "Clear words addressed from Beijing to Moscow are important — to ensure that the Charter of the United Nations and its principles are upheld."