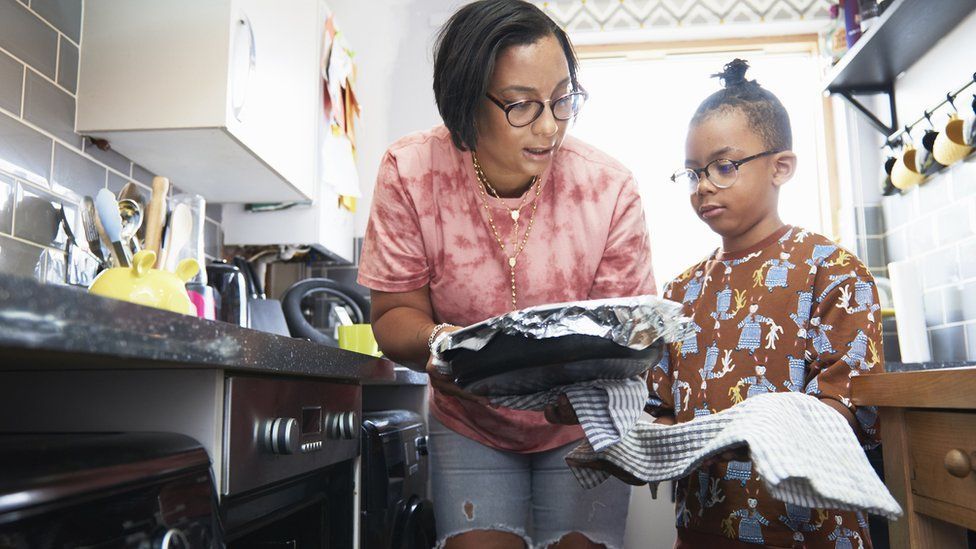 The energy price cap protecting households from sharp rises in gas prices is "not fit for purpose", suppliers have said.

Natural gas prices are at record highs, which has led to some domestic energy firms failing as they are paying more for gas than they are able to charge.

Suppliers have warned that consumers could face a "huge cost" from these firms going out of business.

There are also calls for an energy price cap to help small businesses.

Gas prices are at record highs as economies around the world begin to recover from the Covid pandemic.

Domestic customers are partly protected from sharp rises by a price cap - which sets the maximum price suppliers in England, Wales and Scotland can charge customers on a standard tariff - although energy regulator Ofgem has warned that households will see further "significant rises" in the spring, when the cap is reviewed.

Last month, nine energy companies went out of business, forcing 1.7 million customers to move to new suppliers and on to higher rates.

Paul Richards, chief executive of Together Energy, which he said is currently making losses, told the BBC that while he supported a price cap to protect customers, the current mechanism "is not fit for industry, nor is it fit for customers".

"Crazy, just crazy" is how the nursery and soft play owner Gordon Foster describes the sharp rise in energy prices, shaking his head in dismay.

Mr Foster is one of the unlucky ones whose energy contract is up for renewal, and at the moment he's looking at paying eight times his current rate, taking up a contract that would tie him in for years.

The alternative is paying sky high prices now without a contract, and keeping his fingers crossed that prices will stabilise.

For him, as for others, this sudden jump in costs makes parts of the business unviable, and certainly means he has to put his prices up for his customers.

While households might have an energy cap in place to protect them from such eye-watering spikes in global markets, we are all exposed to the impact of such costs for businesses. Ultimately they feed through to everyone.

He said while the cap protected customers in the short term, he thought there was somewhere between £1bn and £3bn in costs which would be spread back across business and households as a result of failed suppliers.

Derek Lickorish, chairman of Utilita Energy, which has more than 800,000 customers, said there was no doubt there would be a cost paid by consumers for failed firms. 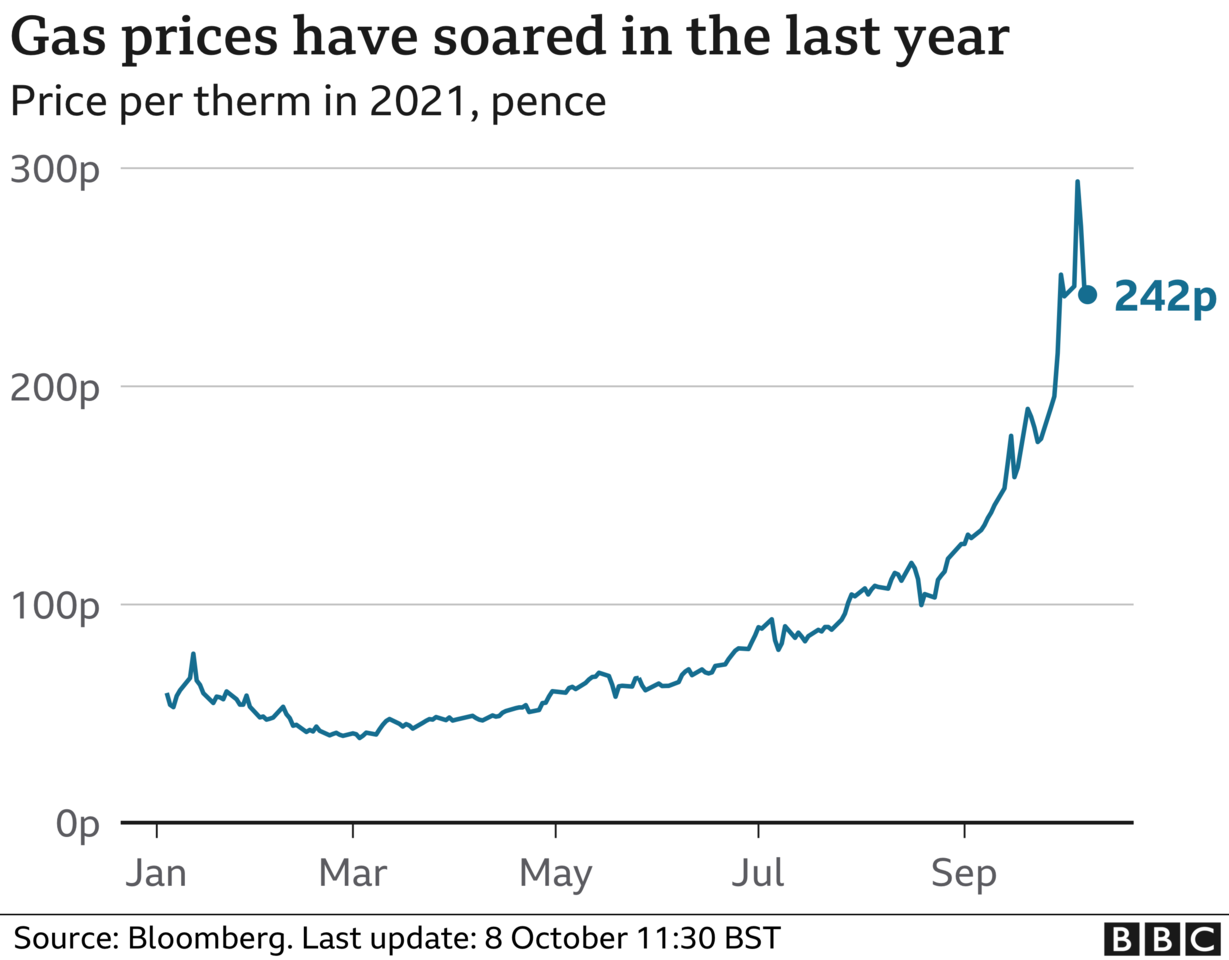 "The government has to look at the means by which they can support not only energy suppliers, but also big industry," he said.

Mr Lickorish said he would like to see the price cap reviewed four times a year, rather than the current two, and for a longer period of gas prices to be considered in setting it.

Stephen Murray, head of energy, commercial and partners at Moneysupermarket.com, said that while the usual advice for consumers was to shop around, for now it was to stay put, with those on a fixed deal likely to be better off.

The price cap provided "some level of protection", he said, but "that comes at a cost and we've seen that through failed suppliers".

Business group the British Chambers of Commerce has called for a similar cap to be introduced for the energy bills of small and medium sized businesses - those with 250 employers or fewer.

These firms mostly buy their energy several years in advance, so those whose contracts are due for renewal now are facing a "difficult time", it said.

The group's co-executive director Claire Walker said the increasing pressure on these sized businesses was "becoming dire" and said that a price cap would give them the confidence to maintain normal business activities.

Dave Dalton, chief executive of British Glass, said he thought a cap would help but was probably "too little, too late" and that an "immediate intervention" was needed.

The government said it was in regular contact with business groups to explore ways to manage the impact of global prices.

Business Secretary Kwasi Kwarteng met leaders from heavy industry on Friday amid warnings that some sectors could have to shut down, but they failed to find any solutions.

Labour has accused the government of being in denial about gas prices, with wholesale prices rising 250% since January.

A number of Conservative MPs have called for the government to take action, and the Energy Intensive Users Group - which represents firms that use a lot of energy - said measures were needed "right now".

The group's chair Dr Richard Leese said that energy-heavy industries were "intrinsically linked" and if some sectors were forced to shut down, it would have a knock-on impact.

"We've seen the curtailment in production in the steel and fertiliser sector - that's had a knock-on impact into the supply chains in the industrial supply chains and domestic supply chains," he said.

UK Steel boss Gareth Stace said he was "baffled" that the UK government had failed to find solutions because governments in the rest of Europe had stepped in to support industry - although they faced lower energy costs than in the UK.