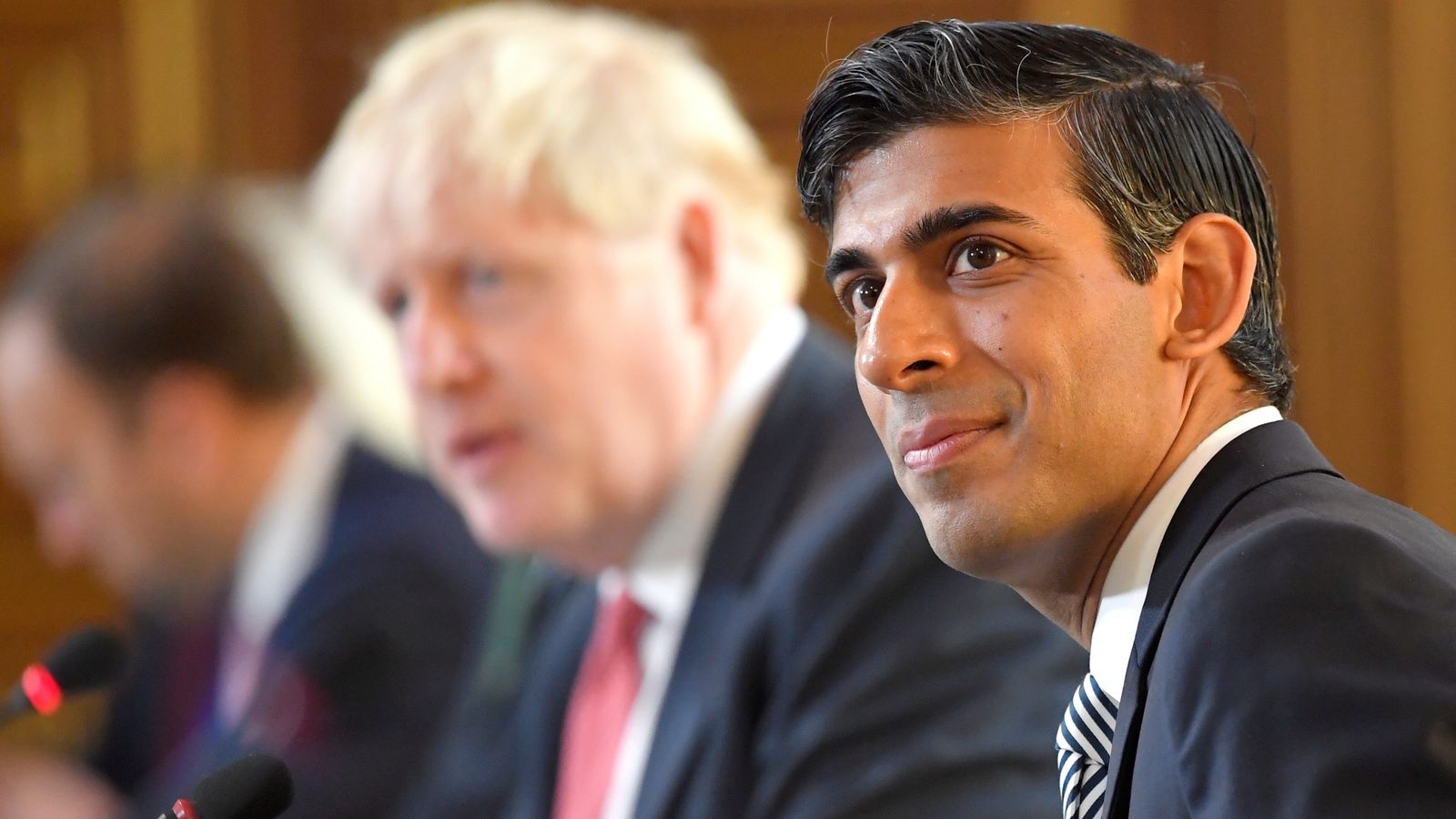 The latest employment figures paint a largely positive picture but there is concern the economic recovery is being held back by supply chain problems, reflected in a new record high for vacancies.

Chancellor Rishi Sunak has hailed the "extraordinary success" of the furlough scheme as official figures suggest a "small" number of jobs were lost at its demise.

The Office for National Statistics (ONS) reported a rise of 160,000 in payrolled employment between September and October.

Treasury data had shown there were 1.14 million jobs on furlough when the scheme ended on 30 September.

The Coronavirus Job Retention Scheme, as it was officially called, had supported the wages of more than 11.7 million people since 1 March 2020 at a cost of more than £70bn as the COVID-19 pandemic forced large parts of the economy into hibernation.

Bank of England Governor Andrew Bailey told MPs on Monday that it Bank had held off raising interest rates this month to help combat rising inflation because policymakers had wanted to see how the jobs market had responded to the end of the furlough scheme.

The ONS said it could take a few months to fully emerge because of notice periods but the early evidence suggested the numbers made redundant were "small".

Sam Beckett, ONS head of economic statistics, said: "October's early estimate shows the number of people on the payroll rose strongly on the month and stands well above its pre-pandemic level."

She added: "There is also no sign of an upturn in redundancies and businesses tell us that only a very small proportion of their previously furloughed staff have been laid off." 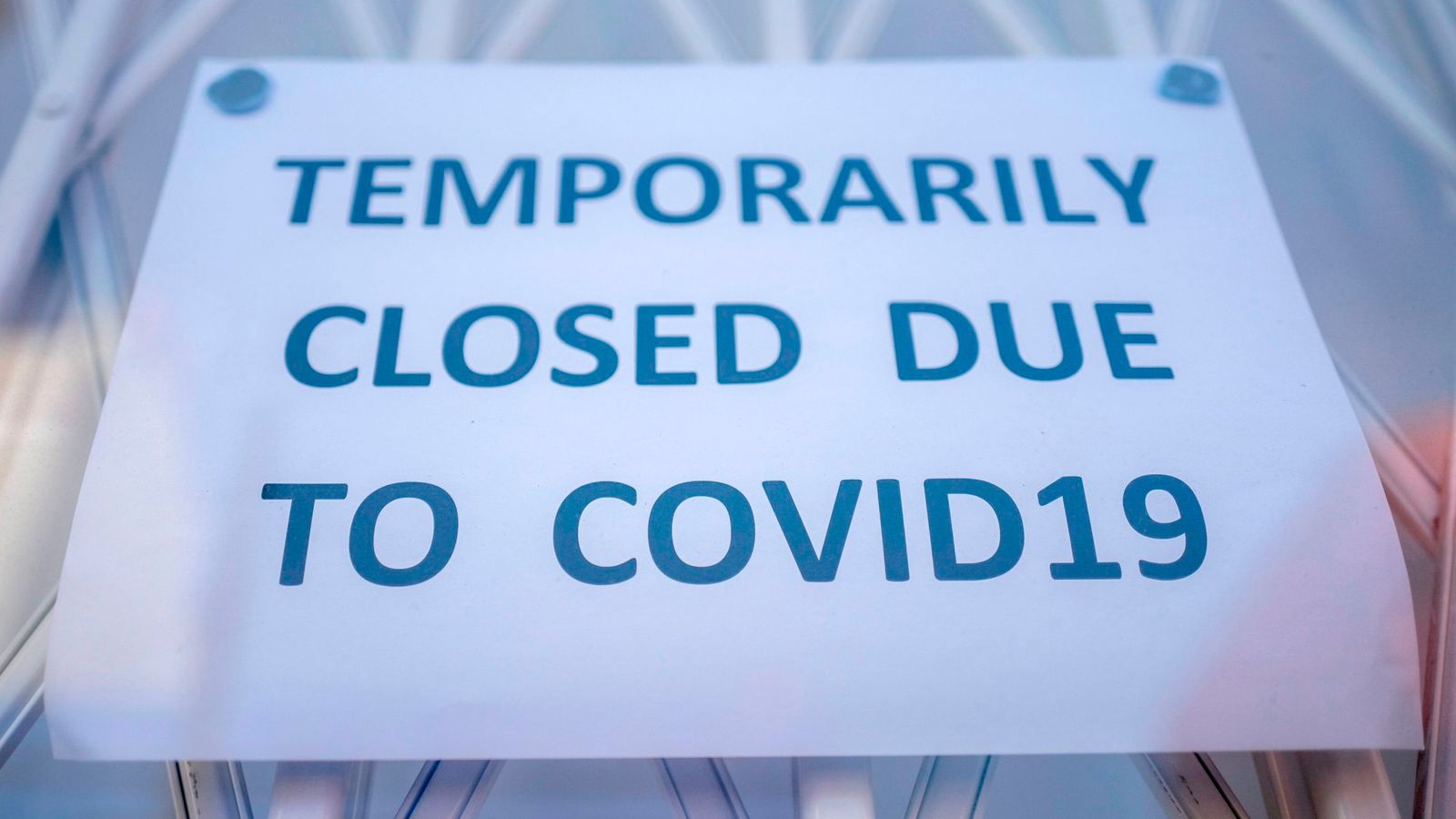 The furlough scheme paid up to 80% of an employee's wages

There was no improvement, however, in the labour shortage crisis that has damaged the supply chain as vacancies hit a new record high, with evidence of 1.3 million vacancies last month.

The unemployment rate fell to 4.3% in the three months to September from 4.5% - a deeper fall than economists had expected.

The ONS estimated the underlying pace of growth in wages - taking into account workers going back on full pay after furlough and how job losses during the coronavirus lockdowns fell most heavily on lower-paid workers - stood between 3.4% and 4.9% for regular pay.

Mr Sunak, who had been urged by critics including unions and some business groups to extend furlough, said of the ONS data: "Today's numbers are testament to the extraordinary success of the furlough scheme and welcome evidence that our Plan for Jobs has worked.

"We know how vital keeping people in good jobs is, both for them and for our economy - which is why it's fantastic to see the unemployment rate falling for 9 months in a row and record numbers of people moving into employment.

"Our Plan for Jobs is at the heart of our vision for a stronger economy for the British people, with schemes like Kickstart and Sector Based Work Academies continuing to create opportunities for people up and down the country."

The chancellor gave his reaction amid evidence a slowdown in growth is being driven by the country's supply chain difficulties and an easing in consumer spending.

Head of economics at the British Chambers of Commerce, Suren  Thiru, warned: "Record job vacancies suggest that the chronic staff shortages encountered by businesses are intensifying and this could derail the recovery by forcing firms into a more long-lasting decline in their operating capacity.

"Although earnings growth remains elevated, achieving wage increases over a sustained period may prove challenging without a marked improvement in productivity and an easing of the cost pressures faced by firms.

"Despite the success of furlough, the likely squeeze on hiring intentions from next year's national insurance hike and more sluggish growth could mean that labour market conditions start to weaken over the medium term.

"More significant support is needed to help firms access the skills they need when they can't recruit locally, including supporting the hardest hit sectors through expansion of the Shortage Occupation List."