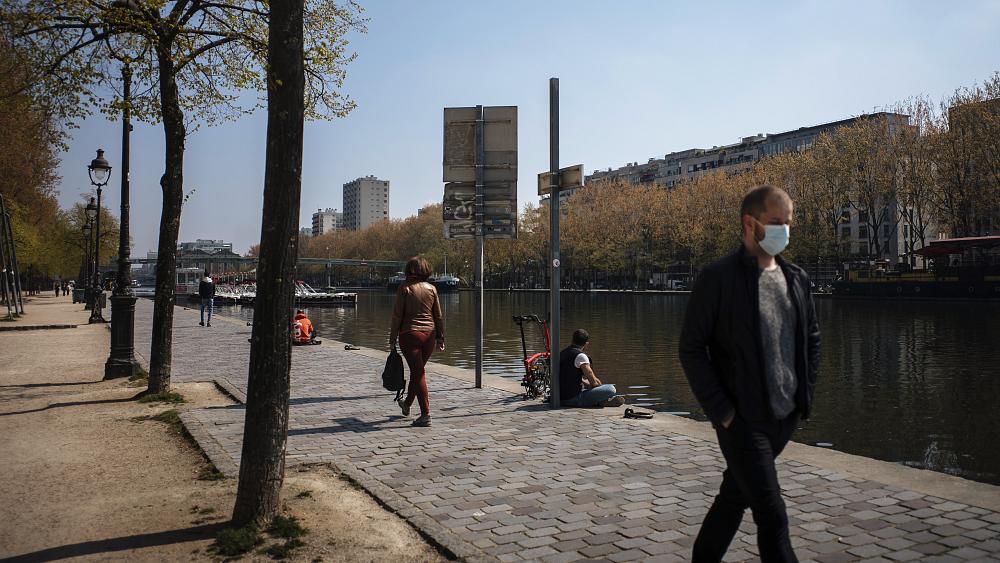 France hopes to begin easing COVID-19 restrictions in early May

France's government said it would only lift its semi-lockdown restrictions if the number of daily coronavirus cases fell to around 20,000 within a month.

France is planning to begin easing its COVID-19 curfew and travel restrictions in early May, the president's office has said.

Citizens will be able to travel beyond 10 kilometres from May 2, government spokesman Gabriel Attal announced on Wednesday.

A nationwide curfew of 19:00 (CEST) may also be eased on the same date.

But the restrictions will only be eased if daily infection rates fall, the authorities have warned, making no promises.

"It appears that we could be at the peak, or close to it," Attal said after a government meeting chaired by Macron.

Non-essential businesses have been closed in France since April 3 after the third wave of COVID-19 cases. To the frustration of owners, restaurants, cafes and bars have been shut even longer, since October 30.

But young students are set to return to primary schools on Monday, with older students due to resume lessons one week later on May 3.

France's government said it would only lift its semi-lockdown restrictions if the number of daily coronavirus cases fell to around 20,000 within a month.

President Macron has also targeted that 20 million French citizens will have received at least a first dose of a COVID-19 vaccine by mid-May.

As of Tuesday, nearly 13 million first doses had been administered, and over 4.8 million second shots.

France has also reported the deaths of more than 100,00 people since the start of the pandemic.

The country's government will hold a press conference on Thursday to further address the subjects of borders, schools, and the vaccination campaign.