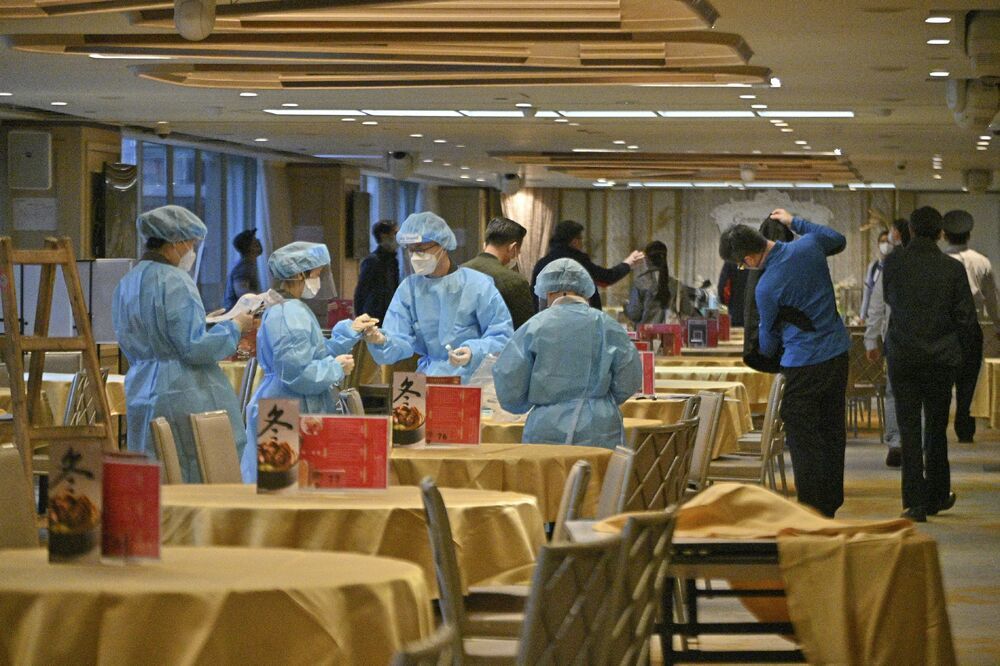 The mother of an infected Cathay Pacific flight attendant could have infected another four people, including a diner at a Causeway Bay restaurant.

The Center for Health Protection reported 33 confirmed Covid-19 cases and over 30 preliminary positive cases on Thursday.

Four preliminary positive cases were linked to the 62-year-old mother of the 28-year-old flight attendant.

A 63-year-old man tested preliminary positive on Tuesday, days after he had breakfast at East Ocean Lafayette in Windsor House on December 30, 2021. He was seated near the mother, who also ate in the restaurant that morning.

Chuang Shuk-kwan from the Communicable Disease Branch of the center called on the public who went to East Ocean Lafayette from 9.30am to 10.30am on December 30, 2021 to undergo Covid testing and contact health officials as soon as possible.

The man usually exercises at a playground near Hong Kong Central Library in the mornings. He attended a Taiji class organized by the Leisure and Cultural Services Department from 7am to 8am on Sunday. He had also been to CCC Wanchai Church Kei To Primary School and Gyuugoku Stone Grill Steak in Yau Ma Tei.

He had a sore throat on Monday and sought medical attention at the University of Hong Kong Medical Center the next day, where his sample tested preliminary positive.

A 73-year-old retired woman, who lives at Block 3, City Garden, North Point, once danced with the mother at Causeway Bay Community Center on December 31, 2021.

The retired woman was sent to quarantine center on Tuesday and she tested preliminary positive the next day. She suffered from a headache on Thursday and was admitted to the hospital.

She also went to Thai Cuisine on December 31, 2021 and Fairwood on Electric Road in Fortress Hill on New Year's Day. Other locations she went to include Pasta and Oyster House in North Point, as well as Disciplined Services Sports and Recreation Club and Chinese restaurant Four Season Flower in Causeway Bay.

The third related case is a 67-year-old housewife who lives at Fung Fai Terrace in Happy Valley. She dined with 14 dancing friends, seated at two tables, at Wealthy Garden in Causeway Bay on New Year's Day.

The fourth case was an Indonesian domestic helper living at Mei Sun Building in Tai Po. She came into contact with an infected domestic helper – who works for the mother's friend – in a Mong Kok church on January 2.

She had been to Tai Yuen Estate Market in Tai Po and the testing center in Tai Wo Sports Center.
#covid 19  #covid
Add Comment