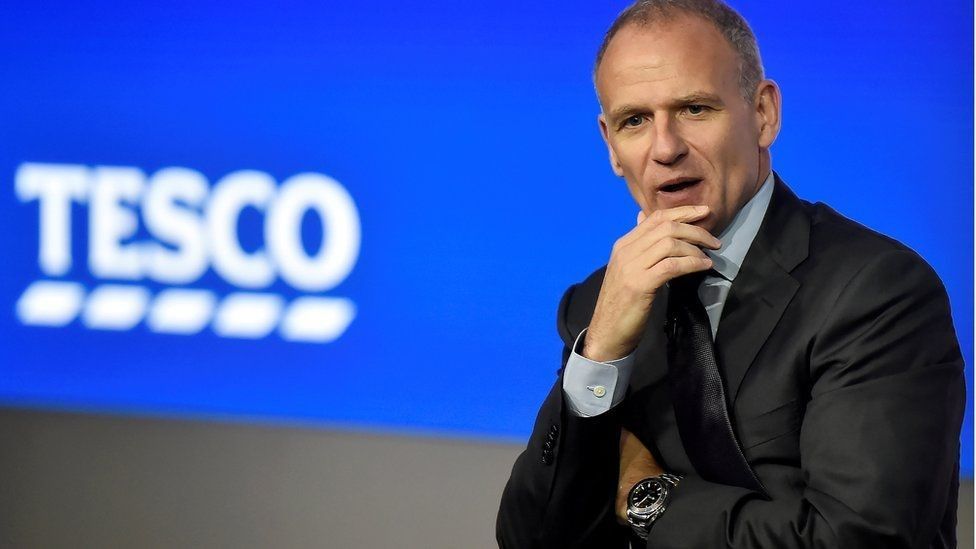 Boris Johnson has appointed the former Tesco chief executive, Sir Dave Lewis, to advise it on how to fix the supply chain crisis that has led to petrol and other shortages.

It comes as the Office for National Statistics found one in six UK adults said they had been unable to buy essential foods in the last fortnight.

The recent fuel crisis was caused in part by a shortage of lorry drivers.

Brexit and the pandemic have both contributed to labour shortages.

The government said businesses had faced a range of challenges over recent months as they recovered from the coronavirus pandemic which has affected supply chains across Europe and around the world.

Mr Johnson said: "There are currently global supply issues which we are working with industry to mitigate, and Dave brings a wealth of experience which will help us continue to protect our businesses and supply chains."

A statement said this would include "both identifying the causes of current blockages and pre-empting potential future ones, and advising on resolutions either through direct government action or through industry with government support". 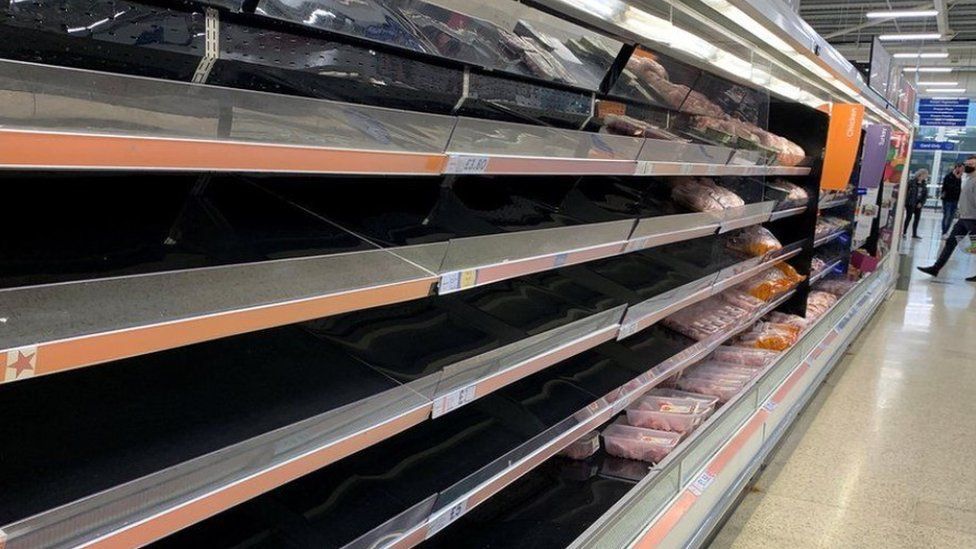 He has been appointed until the end of the year and will start work in his new role on Monday.

Many businesses in the UK have been reporting supply chain issues.

A shortage of HGV drivers and specialised workers has led to gaps on supermarket shelves and problems with fuel supplies failing to reach petrol forecourts.

The body representing the road haulage industry has estimatedthere is currently a shortfall of about 100,000 drivers, although it said there was already a significant shortage of drivers before the pandemic and Brexit. Changes to the way drivers are taxed has also put some off.

On Thursday, a trade body representing thousands of fuel retailers called for an independent inquiry into the continuing supply problems for petrol and diesel, which have led to panic-buying and lengthy queues.

Alongside the driver shortage issues, some manufacturers have also said a global shortage of computer chips and rising shipping costs for products from China is adding to the bottleneck and extra costs.

Hundreds of container ships are still queuing for access to overloaded ports, mostly in the US and China. Port closures caused by Covid-19 outbreaks have further exacerbated the problem.

Meanwhile, shortages of workers in food processing, hospitality and the care sector have been reported after some overseas workers returned home due to Brexit and the pandemic and chose not to return to the UK.

Retailers have also said they face a struggle to ensure supplies are in place for the crucial Christmas trading period.

Earlier this week, Tesco's current chief executive Ken Murphy said there would "be bumps in the road in the run-up to Christmas". 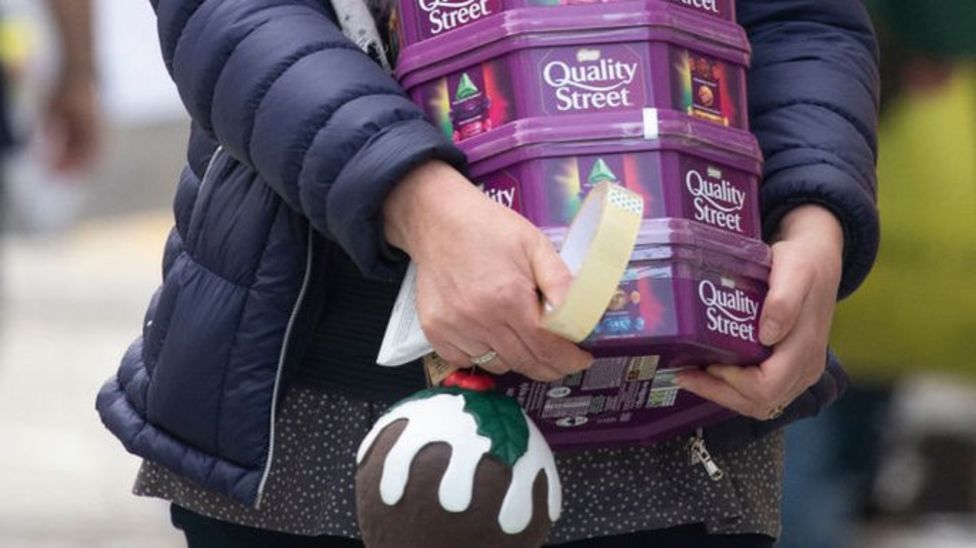 Nestle, the producer of Quality Street and Lion bars. has also said it is experiencing some supply chain problems ahead of the Christmas period.

Nestle chief executive Mark Schneider said: "Like other businesses, we are seeing some labour shortages and some transportation issues but it's our UK team's top priority to work constructively with retailers to supply them".

When asked whether he could guarantee Quality Street would be in the shops this Christmas he replied: "We are working hard."

Farmers are warning of a Christmas turkey shortage because visa changes to allow labour recruitment from abroad have come too late.

Some 600 pigs have already been shot and a mass cull is "the next stage", according to the National Pig Association (NPA), which said the sector was also experiencing staff shortages due to Brexit and Covid. The NPA said mature pigs have continued to "back up" on farms.

The Toy Retailers Association has said shoppers may struggle to find what they want, while John Lewis says it is chartering a fleet of extra ships to make sure it has Christmas stock on time.