Buckthorn Partners, which Lord Hammond joined in 2020, has teamed up with One Equity Partners to seal a takeover of one of the UK government's biggest contractors.

Lord Hammond, the former chancellor, has moved into pole position to acquire Amey, one of Britain's biggest outsourcing groups, after the firm where he works as a partner secured a period of exclusivity to finalise a deal worth more than £200m.

Sky News has learnt that Buckthorn Partners, a private investment firm which the Conservative peer joined in 2020, has teamed up with One Equity Partners, a US-based private equity firm, to seal a takeover of Amey.

Industry sources said the sale of Amey, which has been in the works for at least nine months, could be agreed within a matter of weeks.

The company, which has endured a string of contractual and financial difficulties, was put up for sale for a second time last year by its Spanish parent company, the infrastructure giant Ferrovial.

It had previously aborted an auction process which began in 2018.

A takeover by Buckthorn and One Equity would see one of the UK's biggest private sector employers changing hands.

Amey, which ranks among the government's most significant private sector contractors, has a workforce of roughly 15,000 people.

Among the public sector activities it refers to on its website are the maintenance of the UK defence estate, keeping 60 prisons "safe and compliant" during the COVID-19 pandemic, and developing the power programme for the HS2 high-speed rail link.

In its letter to Lord Hammond about his appointment as a partner at Buckthorn, Whitehall's Advisory Committee on Business Appointments (ACOBA) banned him from undertaking "any work as a partner that involves providing advice to any company organisation on the terms of, or with regard to the subject matter of, a bid with or contract directly relating to the work of, the UK government". 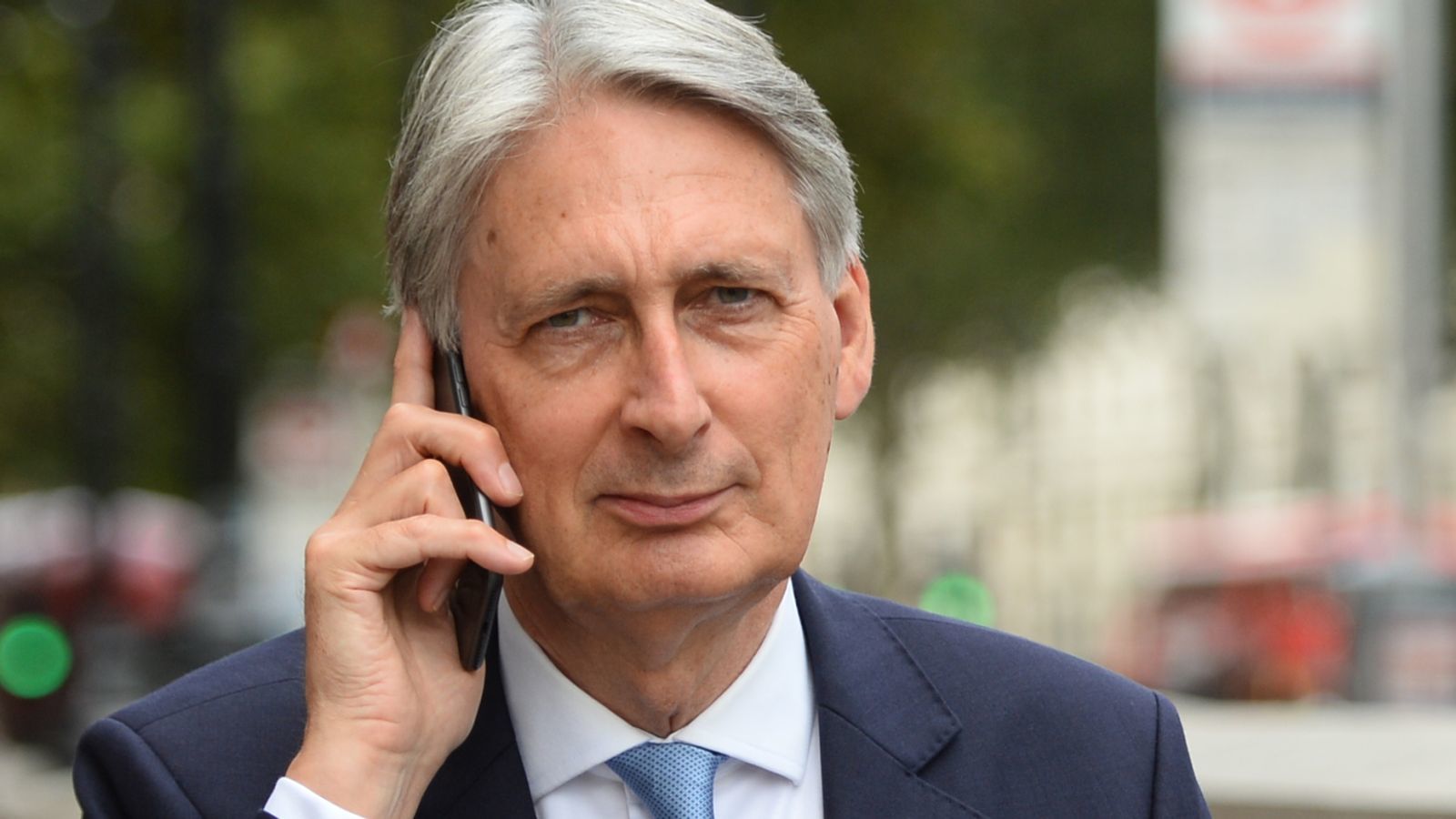 The ban was imposed by ACOBA for two years from the former chancellor's last day in ministerial office, meaning it expired in July last year.

Buckthorn describes itself as a private investment firm predominantly focused on acquiring assets in the energy sector.

Its portfolio includes Ashtead Technology, which makes advanced subsea tools, and Paradigm Energy Ventures, which it owns alongside an arm of Saudi Aramco.

In addition to Lord Hammond, the Buckthorn partnership includes Lord Colin Moynihan, who served as sports minister under Margaret Thatcher.

The two men were university contemporaries, and Lord Hammond chaired Lord Moynihan's constituency Conservative Association when the latter was an MP during the 1980s.

Lord Hammond was the MP for Runnymede and Weybridge for more than two decades before losing the party whip when he opposed government policy by voting against Britain leaving the European Union without a deal.

He spent nearly a decade in the Cabinet, including as chancellor, foreign secretary and defence secretary.

Since quitting politics, he has amassed an array of directorships and advisory posts, including in the fintech, transport and real estate sectors.

Ferrovial, which owns a big chunk of London Heathrow Airport, has contemplated a sale of its entire global services business for some time.

The initial attempt to divest Amey in the UK was unsuccessful amid uncertainty about the future of a controversial £2.7bn roads contract in Birmingham.

A dispute with the city's local authority was resolved in 2019, although Amey only finally extricated itself from the deal last year.

The tidying-up of Amey's business is likely to provide prospective buyers with a clearer view about the company's valuation in a sector which has been rocked by several prominent corporate collapses in recent years, including that of Carillion and Interserve.

Morgan Stanley is handling the auction of Amey, which declined to comment on Monday.

Neither Buckthorn nor One Equity responded to a request for comment.