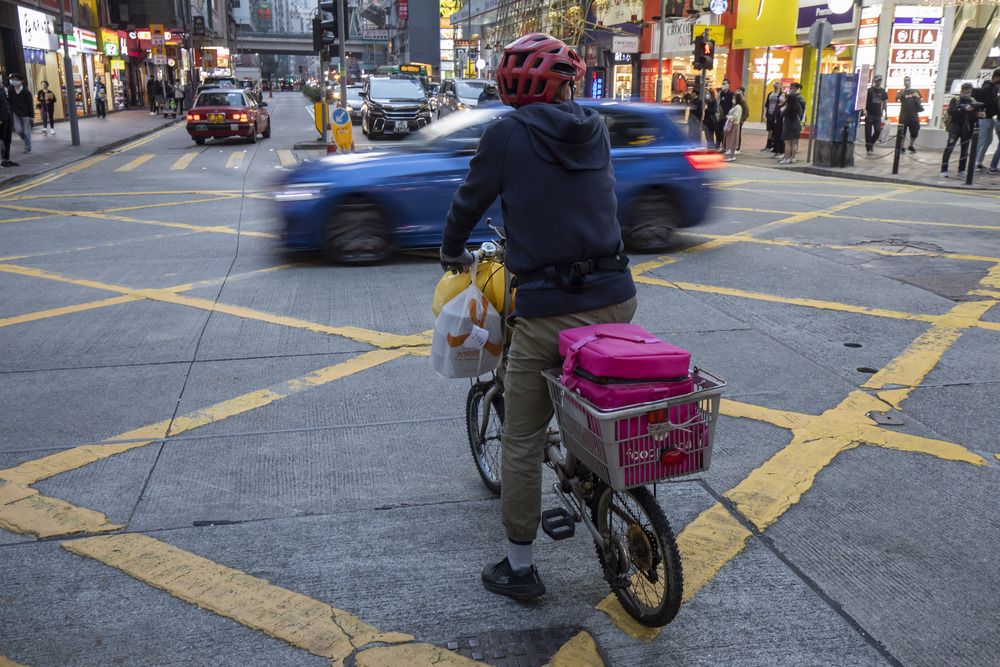 A 29-year-old foodpanda rider who delivered takeaways in Yuen Long this week has tested positive for Covid-19.

In late September last year, the Pakistani man returned to Hong Kong from Kenya and stayed at Yat Wan House, Tin Yat Estate in Tin Shui Wai. He worked at a construction site in Kai Tak and last went to work on Wednesday. He also delivered food in Yuen Long district on Tuesday.

The man was sent to Alice Ho Miu Ling Nethersole Hospital last night due to a traffic incident and was later transferred to the intensive care unit of Prince of Wales Hospital, where he tested positive for Covid-19. A low viral load was found in his sample, and further testing is needed to tell whether he is a re-positive case. He is now in stable condition.

The statement added four Prince of Wales Hospital doctors who examined the unmasked deliveryman during consultation were classified as close contacts and will be quarantined.

She works part-time in two clinics run by JP Partners Medical in Tuen Mun. She helped check the throat of the confirmed patient last Monday (Jan 3), who is the son of a man running a pharmacy in Tuen Mun visited by a Cathay Pacific crew member.

Another nurse who works in the clinic of Dr. Cheung Sze-man under the same medical chain also tested preliminary positive. She did not go to work at the same time as the 21-year-old student and lives at Block 2 of Hoi Tak Gardens on Wing Fat Lane.

On the other hand, two confirmed cases were added to the hotpot cluster in Nabe Urawa in Hyson Place, including a 20-year-old student at the University of Hong Kong. Another confirmed case sat a row away from the student, and health officials are investigating the route of transmission.

All 41 environmental samples collected at the restaurant tested negative. A total of 44 diners, seated at 19 tables, visited the restaurant between 7.40pm and 9.34pm on Tuesday last week (Jan 4). They must all undergo a 21-day quarantine.

Two people who live at Maple Garden Phase III in North Point were also reported as confirmed cases, including an 83-year-old woman and a 32-year-old man. The two live at flats B on the sixth and ninth floors of that building.