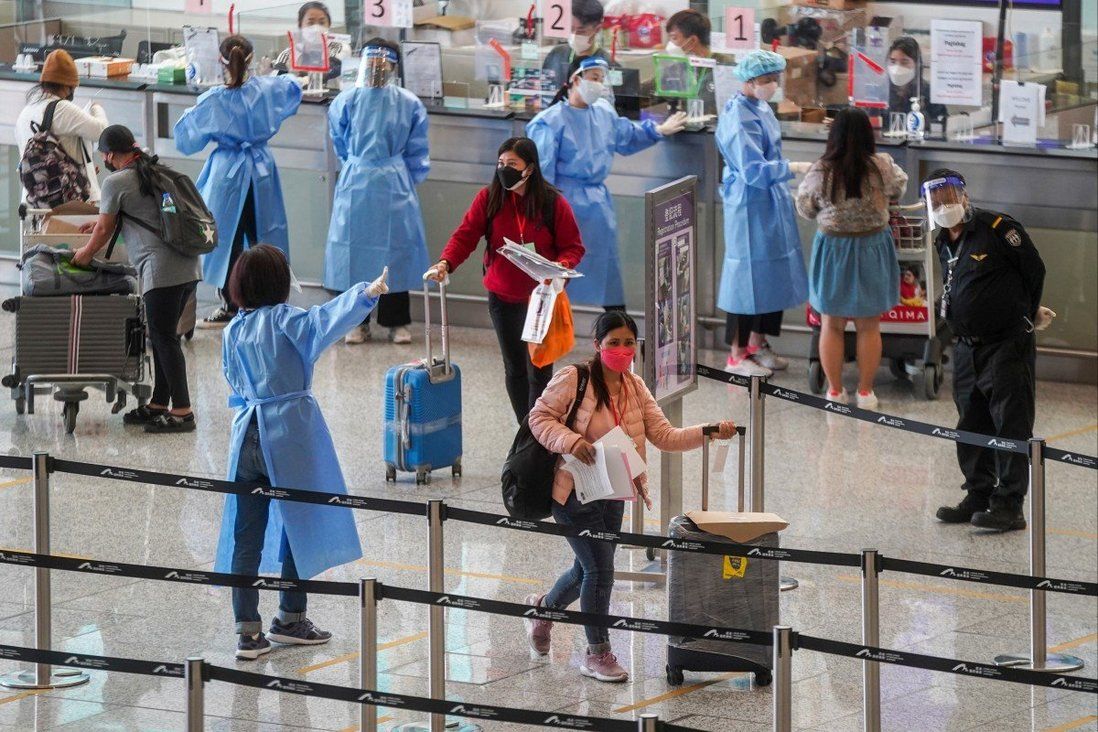 City has ended entry ban on foreigners, but non-resident visitors and returning locals must spend seven days in compulsory quarantine.

Most of the people flying into Hong Kong on Sunday after authorities eased entry restrictions in place for more than two years were either residents or domestic helpers, with many expressing relief over finally being allowed to travel to the city.

While the end to the ban on international travellers has been hailed by businesses as a good first step towards rebuilding the decimated tourism industry, some owners urged the government to further ease restrictions to jump-start the recovery.

Among the first arrivals at Hong Kong International Airport was Australian Rob Wilson, who came from Singapore to start a business. He welcomed the policy change and said he had waited three months to make the trip.

“It is good that Hong Kong is opening up to the outside world, although it may be a few months behind other countries and regions,” he said. “As the peak of the pandemic overseas has passed, it is natural for the city to reopen its borders.”

Maricel Orate, a 34-year-old domestic helper arriving from Manila, said she had been waiting for a year and a half to return to the city.

“I feel happy as I have waited in the Philippines for too long. I need to come to Hong Kong to work, to provide my family with financial stability, as the economic situation at home is difficult due to the pandemic,” Orate said.

While Hong Kong has ended the entry ban on foreigners, non-resident visitors must spend seven days in compulsory quarantine in a government-approved hotel, the same as returning locals.

All arrivals at Hong Kong International Airport are required to take a rapid antigen test (RAT), in addition to the usual polymerase chain reaction (PCR) ones. Those who test negative via RAT can take dedicated transport to undergo quarantine hotels and wait there for their PCR test result.

The government has also eased the mechanism for suspending flights that carry infected passengers. The existing three-person threshold was raised to five, or 5 per cent of the passengers on a single flight, whichever is greater. The length of time flight routes are suspended was also cut from seven days to five. There have been 83 flight route bans so far this year. 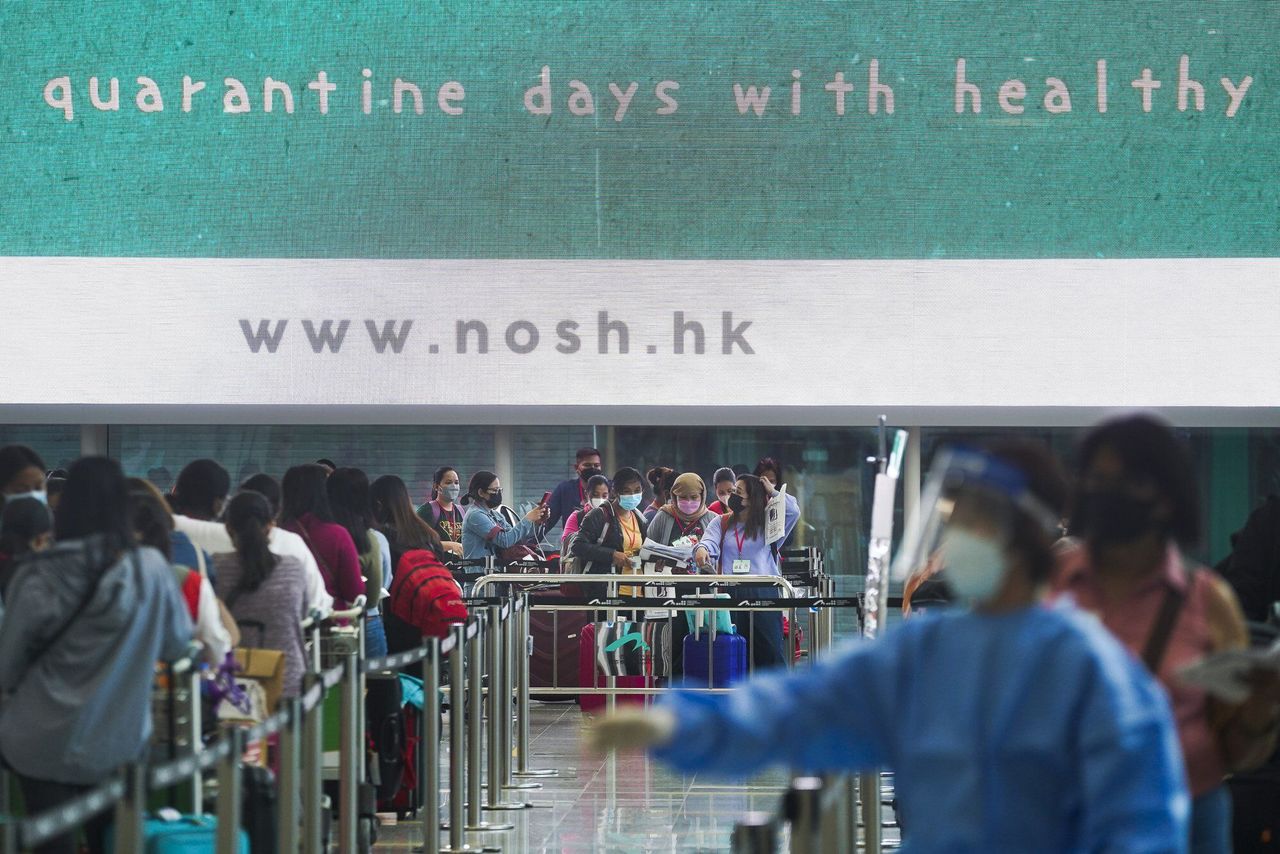 Authorities have shortened mandatory hotel quarantine for passenger flight crews to three days, while crew on cargo flights are exempt from isolation requirements, although they must undergo 14 days of medical surveillance.

A local resident surnamed Siu, who lives in Australia and returned to Hong Kong from Singapore to visit his family, said he had waited three years to return to the city.

He praised the smooth Covid-19 testing procedures at the airport, and said he believed there was room for further relaxation of the entry restrictions.

“As a doctor myself, I think the entry restriction can be less strict if travellers have been infected naturally before or have received three doses of vaccines, as their risk of infection and transmission is low,” he explained.

Siu also urged the government to consider waiving the isolation requirement in cases that deserved compassionate consideration, such as people coming to visit gravely ill parents.

But many retailers remained pessimistic over their prospects in the near term, arguing the seven-day quarantine would keep travellers away.

Joan Chan, the owner of an accessories shop in The Peak Galleria, said she was unaware entry rules had been eased, but the change would not lead to an uptick in her business.

While the mall saw more customers over the Easter weekend, business fell drastically after April 21, the day authorities relaxed social-distancing measures and many other choices for leisure activity became available, she said.

“People would rather go to theme parks or the films. The Peak is not a place where locals visit more than once within a short period of time,” she said. “Unless we return to the stage where visitors are arriving in groups by tour buses, business is still going to be slow.”

The manager of a noodle restaurant at The Peak surnamed Cheng agreed that the relaxation of entry rules would not make a difference to business in the short term.

“Ultimately, The Peak relies on tourists, especially free-and-easy travellers for business. Even if they allow tourists to enter Hong Kong, there are still many other pandemic-related restrictions,” said the 62-year-old.

The owner of a souvenir shop in Tsim Sha Tsui, who only gave his name as Rickie, said he did not foresee business improving until the government fully reopened borders.

“Most of these non-residents probably travel for business or are visiting family, and are not leisure travellers,” the 29-year-old said. “They probably will not visit tourist attractions or spend a lot of money.”

Another hearing is scheduled for 21 June as the Serious Fraud Office claims victory following a three-year investigation into activities at Glencore Energy (UK) Ltd.
×