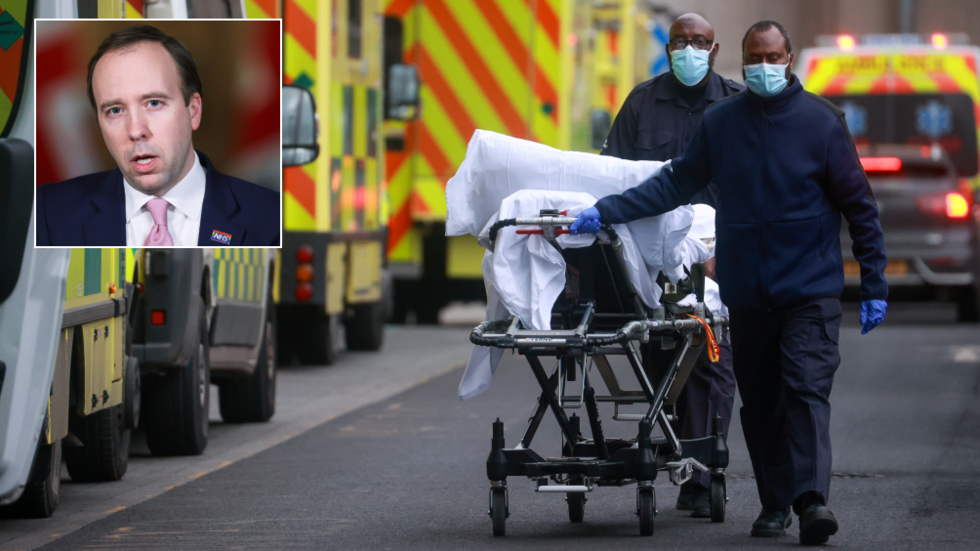 The UK prime minister’s former chief adviser, Dominic Cummings, has issued a scathing indictment of the government’s Covid-19 response, saying the health secretary should have been sacked for ‘lying to everybody’.

Speaking to a joint inquiry of the Health and Social Care Committee and Science and Technology Committee, Cummings lambasted Health Secretary Matt Hancock for lying on “multiple occasions” during the pandemic, and exposed a list of “failures” by the government.

Citing “at least 15 to 20 things”, Cummings said the health secretary had misled the public and his fellow Cabinet members about the scale of the impending pandemic and the government’s plan of action to deal with it, and fell short of what the “public expects during a crisis like this”.

"There’s no doubt at all that many senior people performed far, far – disastrously – below the standards which the country expects."

The former adviser, who was seen as one of Johnson’s closest confidants during his tenure, gave a scathing indictment of the government’s failure to effectively fight Covid-19. Criticising its slow response, Cummings claimed officials failed to move to a “war footing” sufficiently early, as Cabinet ministers, including the prime minister, took time off for a holiday during February 2020.

The government has rejected the criticism, arguing that its priority has always been to follow the scientific guidance in order to protect the public and save lives.

The comments come months after Cummings left his position as the prime minister’s chief adviser following reports of internal disputes between parliamentary factions.

In recent weeks, Cummings has used Twitter to publicly attack Johnson, raising concerns both about the PM’s “competence and integrity” in managing Covid-19 and the issue of who paid for the extensive renovations to his Downing Street flat.