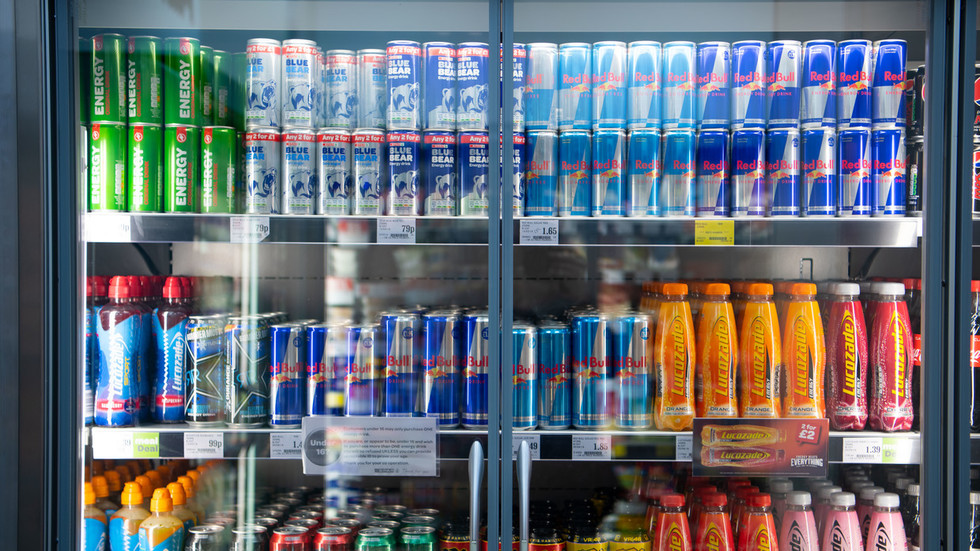 The UK government plans to prohibit supermarkets from displaying unhealthy snacks and drinks at checkout areas, entrances, and at the end of aisles, in an effort to combat obesity.

The UK government plans to prohibit supermarkets from displaying unhealthy snacks and drinks at checkout areas, entrances, and at the end of aisles, in an effort to combat obesity.

Stores that are small in both employee number and physical size will be exempt from some of the rules, as well as specialist niche stores that cater to products like chocolate or drinks.Downing Street's plan could impact a wide range of establishments in the UK, from supermarket giants like Tesco and websites like Amazon, to casual dining chains like Nandos – which offers a free refill soda package – and small newsagents.

Though some social media users praised the plan as a good idea, and a "win for public health" that should also be implemented in the United States, others condemned it as just the latest example of government control.

"They want to control everything we do," one user complained.

Some argued that removing unhealthy snacks and drinks from checkouts would do little to combat obesity as the real issue was a "lack of access to affordable exercise" as well as a lack of knowledge of and access to healthy eating.

"If you want to tackle unhealthy lifestyles you need to be serious about reducing inequality and social deprivation," one user noted.

In the summer, UK Prime Minister Boris Johnson announced a £10-million (about $13.5 million) anti-obesity campaign as part of the government's fight against Covid-19.

An unnamed government official told the Guardian at the time that coronavirus-related lockdowns "have seen some people get fitter but a lot more people eat more than usual while they've been at home."

Covid-19 is reportedly more deadly in the obese, and obesity is considered by scientists to be a "major risk factor."

According to NHS data, 67 percent of men and 60 percent of women in the UK are either overweight or obese, while children are twice as likely to be obese if they live in "deprived areas."