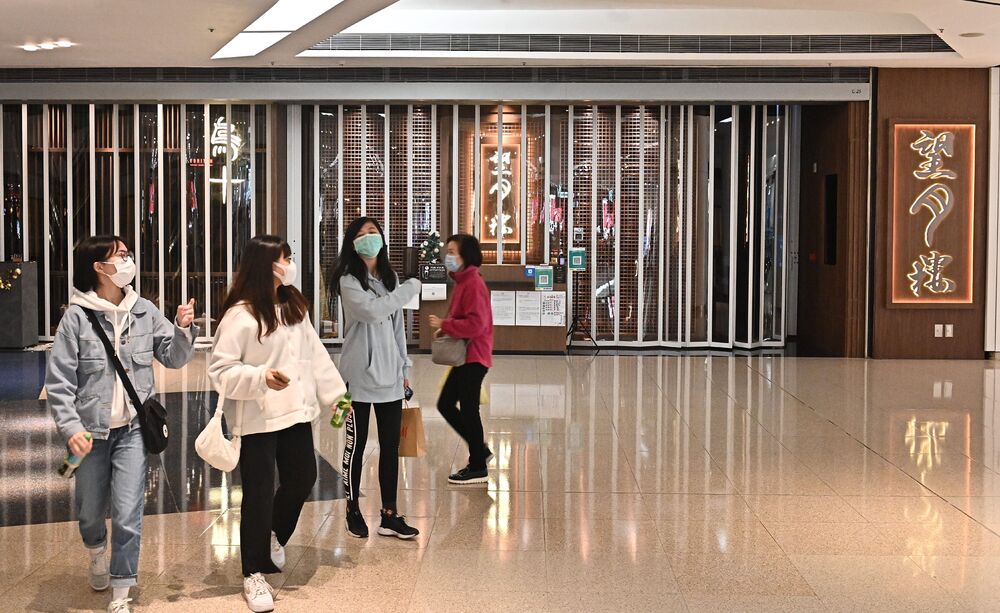 Authorities announced on Sunday nine confirmed cases and 17 asymptomatic cases in the past 24 hours. The new case related to the Moon Palace cluster was the wife of a construction worker confirmed with Covid-19 earlier.

The 38-year-old woman had meal with her husband at Moon Palace in Festival Walk, Kowloon Tong from around 2.30pm to 4pm on December 27.

She went to a community testing center for test on December 29 and tested negative. Still, as a household close contact, she was quarantined at Penny's Bay quarantine center on December 30.

She developed sore throat on January 1 and her specimen collected on Sunday tested preliminarily positive. The test results on mutant strains are pending.

The patient works at 15/F, Sandoz Centre, Tsuen Wan where she last went to work on December 30. The places where she worked and visited during the incubation period will be included in a compulsory testing notice.

So far five people have tested positive, including the index case of a Cathay Pacific flight attendant. He was sacked for breaching internal guidelines saying he should stay home during a three-day isolation period except for essential chores.

The center appeals again to people who had meals at Moon Palace from 1pm to 3pm on December 27 to call the CHP's hotlines at 2125-1111 or 2125-1122 as soon as possible to facilitate contact tracing.

Also, landing of passenger flights in Hong Kong from Amsterdam operated by KLM Royal Dutch Airlines and from Manchester operated by Cathay Pacific has been suspended until January 15, 2022.