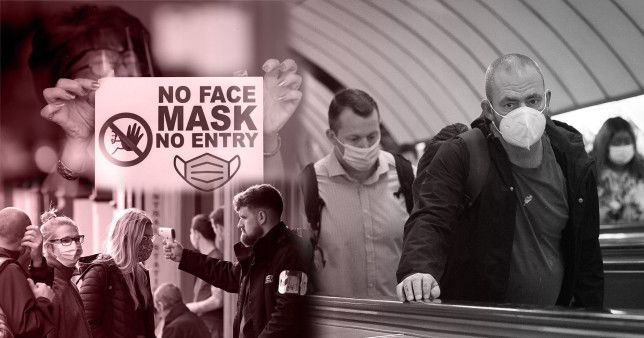 Face masks could have to be worn until end of 2022

Face masks, hand washing and one-way systems may be needed even after the entire population is vaccinated for Covid, scientists have warned.

Papers released by the Scientific Advisory Group for Emergencies (SAGE) say ‘baseline measures’, which include regular hand washing and face coverings in public places, will still be necessary even as life returns to normal.

Boris Johnson unveiled a five-step roadmap out of lockdown on Monday, which will see all limits on social gatherings lifted by June 21st at the earliest.

Epidemiologists tracking the spread of Covid have warned against a return to pre-Covid behaviour if lockdown ends this summer.

Researchers at Imperial College London said mask wearing should be ‘normalised’ and could be necessary throughout 2021 ‘and beyond’.

Meanwhile, minutes from a Sage meeting on February 11 say baseline policies, plus additional measures, could be needed for almost another two years, until the end of 2022.

The minutes state: ‘Retaining a baseline set of policies to reduce transmission after other restrictions have been lifted would reduce the scale of a resurgence.

‘A set of policies has not been modelled, but could include voluntary measures (e.g. hygiene measures, mask wearing in certain situations, avoiding crowding), environmental measures (e.g. ventilation), and test, trace, and isolate systems.

These and potentially additional measures may be needed throughout Winter 2021/22.’ 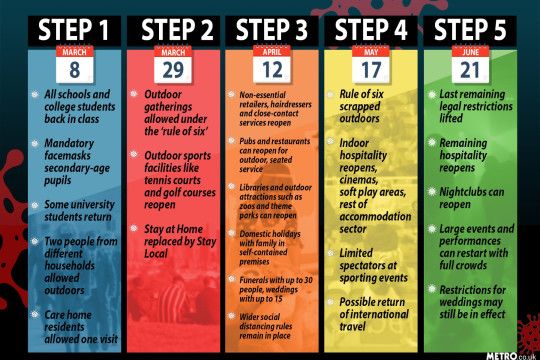 The Government’s roadmap out of lockdown

Plans for a return to normality by Easter were axed after modelling from scientists found this could cause a third wave of infections and 91,000 deaths by next June.

Scientists analysed a series of scenarios and found that even a cautious lifting of lockdown and high vaccination rates could cause 30,000 deaths by June 2022. That ‘best case’ scenario assumes baseline measures would remain in place.

The papers explain baseline measures reduce the ‘R rate’ so all modelling has been calculated on the assumption they would remain in place, rather than a return to pre-Covid behaviour, when lockdown ends.

A paper from The Scientific Pandemic Influenza Group on Modelling (SPI-M), a SAGE subgroup, states: ‘The combination of a gradual approach to the easing of restrictions could, if vaccines are highly effective and rapidly rolled out and longer-term baseline measures remain in place, achieve a significant reduction in transmission, keeping further resurgences well below the level of those seen in January 2021.’

Scientists said they had ‘high confidence’ baseline measures would reduce a resurgence if kept in the long term.

The paper adds: ‘Maintaining baseline measures to reduce transmission once restrictions are lifted is almost certain to save many lives and minimise the threat to hospital capacity.’


This is in line with a poll carried out by the New Scientist which found the majority of infectious disease experts believe mandatory wearing of face masks in shops and on public transport should stay in place in the UK until next year.

Imperial College London scientists suggested some measures may have to ‘remain in place (and adhered to) throughout 2021 and beyond’. They said it will be ‘vital to emphasise the importance of normalising and ensuring adherence to all measures even after “full lifting” is achieved.’

The Government’s roadmap out of lockdown also suggests some measures will be kept indefinitely.

The document published last night states vaccines are not 100% effective and will not be given to everyone, because take up is not mandatory and it is not authorised for use in children yet.

It goes on: ‘This could mean that some measures to limit transmission are still needed after all adults have been offered a vaccine. These could include guidance such as ‘hands, face, space’, maintaining the Test, Trace and Isolate system and controls at the border.’ 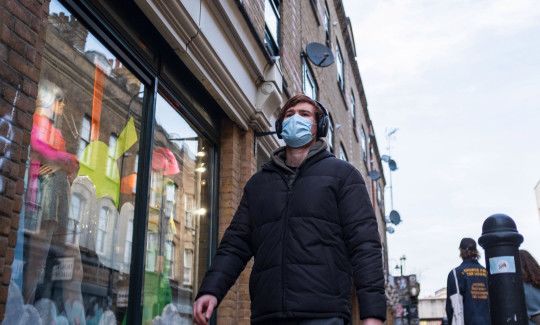 Rules on wearing face masks could be kept until next year, or even longer

The plan for lifting lockdown will see schools open on March 8, before larger gatherings of six people outdoors are allowed on March 29. Retail and outdoor hospitality will be allowed by mid-April, before indoor mixing gets the go-ahead in May.

It is hoped all Covid restrictions – other than ‘baseline measures’ – will be scrapped by June, paving the way for nightclubs to reopen.

Boris Johnson said today he is ‘very optimistic’ that the June 21 target will be met, though he added ‘nothing can be guaranteed’.

Some Tory backbenchers had wanted a faster return to normality, but the PM yesterday dismissed the criticism, saying he would not be ‘buccaneering’ with people’s lives. 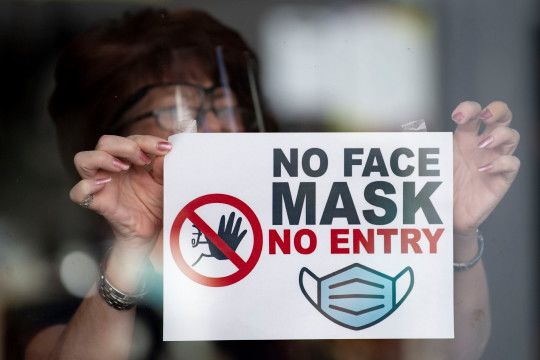 Speaking before the Prime Minister unveiled his ‘roadmap’, the UK’s chief scientific adviser Sir Patrick Vallance said there is a risk of ‘flying blind’ if all restrictions are scrapped at once.

In the briefing to journalists, he said that while vaccines are expected to make ‘a big difference’, there are still uncertainties around vaccine efficacy, the proportion of the population that will have the jab, the level of restrictions needed longer term, and whether the virus will be seasonal.

Backing a gradual approach to lifting lockdown he added: ‘Even with high vaccine levels, and indeed quite high vaccine coverage, it’s important to remember a large number of people in the population remain unprotected.

‘It’s likely you get an increase in cases when you start to open up – exactly when that occurs and exactly how high the numbers are, it’s not possible to be precise.

‘The sooner you open up everything, the higher the risk of a bigger resurgence. The slower you do it, the better.’