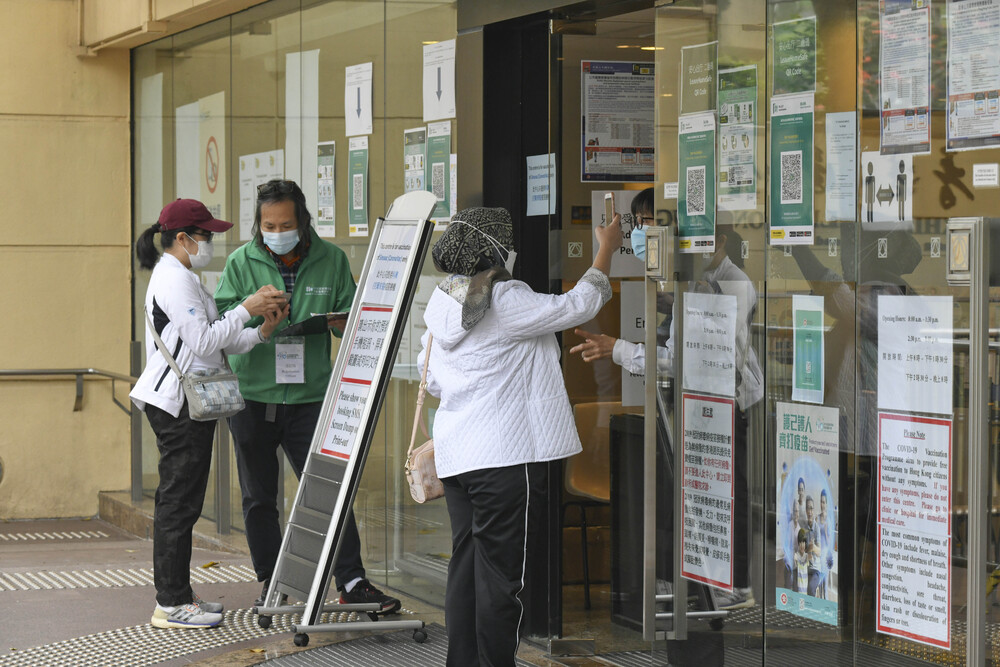 Health experts have advised people not to mix Covid vaccines produced by different manufacturers, after the government stopped administering the BioNTech jabs due to packaging defects.

Over 150,000 people, who had already taken their first BioNTech jabs, had to wait for their second shot until the government resumed injections of the Germany-produced vaccines.

Professor Wallace Lau Chak-sing, convenor of the government-appointed advisory panel on vaccines, said he would not suggest the public switch vaccine brands available in Hong Kong.

“At the moment, there is no scientific data about mixing vaccines, so we are not recommending people to use mixed vaccines. I understand that some studies are ongoing, we should wait for those results before telling people it’s safe to take their second dose,” Lau told a radio program.

With authorities’ investigations into BioNTech vaccines with problem vials, he expected a preliminary finding to be issued within the coming few days, and a full report should not take longer than three weeks.

While some data suggested it was best to take the second shot 21 days after the first, there was also data showing that the effectiveness wouldn’t be greatly affected if the second dose were administered six weeks later, Lau added.

On the same program, another member of the advisory panel Dr Thomas Tsang Ho-fai said those who received the earliest shots of BioNTech in early March had until mid-April before the 42-day window closed.

He also said he would not suggest the public mix vaccine brands although there were ongoing clinical trials on whether doing so would offer greater protection.

“The trial has just started, and it would take time to see the effects. I do not recommend the public to mix the two brands of shots available in the city,” said Tsang.

On Monday, the University of Hong Kong begun an initiative that recruited 100 people to take part in a 12-month clinical trial to examine whether it would be safer to take one dose of BioNTech and another of the mainland-made Sinovac jab.
#vaccine  #biontech  #covid  #vaccines
Add Comment