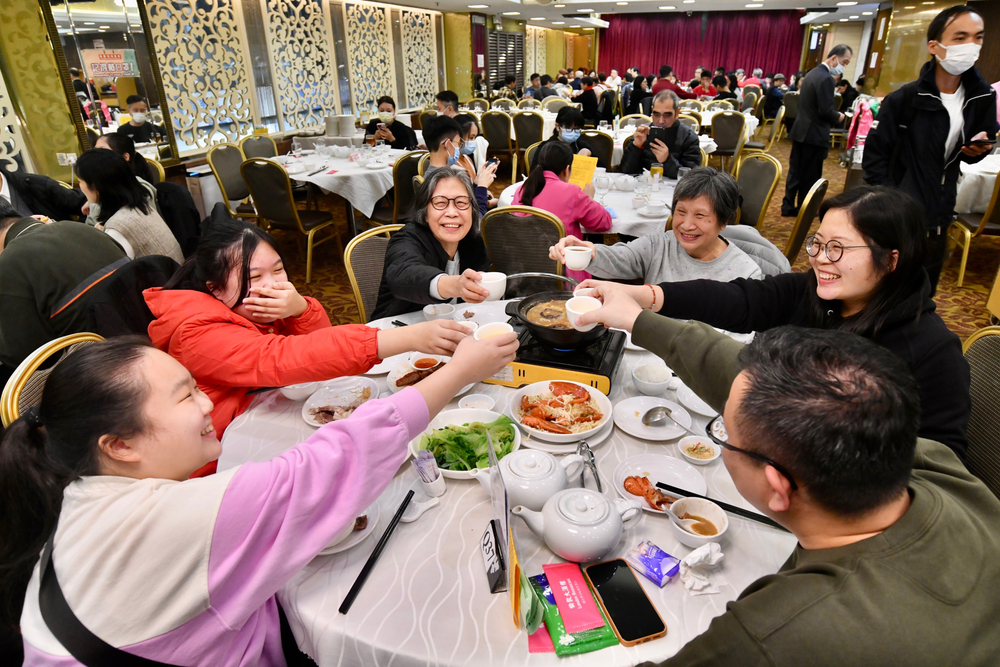 Expansion of the vaccine bubble to cover restaurants could be delayed to the end of February, so that unvaccinated people can still dine out during Lunar New Year.

Sources said the expansion could start by the end of next month. Details will be announced on Tuesday.

Previously, Secretary for Food and Health Sophia Chan Siu-chee said the bubble will be extended to cover restaurants and premises such as cinemas, gyms and beauty centers before the Lunar New Year on February 1. After the change, only people who have received at least one Covid-19 vaccine jab can enter the locations.

But there appears to be a change of plan after officials met with catering industry representatives on Monday afternoon.

They pleaded with health officials not to enforce the new rule during Lunar New Year, or they would lose 20 to 30 percent of business.

Chui Man-wai, chairman of the Institute of Dining Professionals, said in a radio program earlier on Monday that the industry usually receive reservations for Lunar New Year meals several weeks ahead of time. But this year, there have been only a few bookings.

"If unvaccinated elderly are banned from eating inside restaurants, then the whole family won't have Lunar New Year meals there," Chui said.

Citizens rushing to get jabbed before the vaccine bubble expansion have filled vaccination centers over the city, with one being fully booked for the next 20 days.

According to the government’s vaccination program website, many community vaccination centers are overwhelmed with bookings.